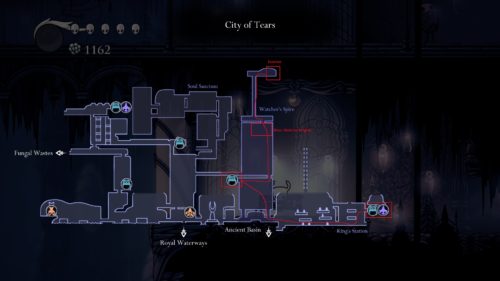 With Double Jump, We can now access the Watcher’s Spire, which is the location of the first of the three masks we need to destroy. Obviously there’s gonna be a boss in the way that we need to take care of first.

There has only been a few bosses thus far that I have found annoying and Watcher Knight is one of them. Instead of simply fighting a single boss, you face off against pairs. These pairs are annoying to fight and hard to keep track of.

Their attack pattern is relatively simple. There are three types of attacks: rolling horizontal, bounce roll, and sword attacks. My strategy was to attempt to group them together or keep them on the same side of the screen. This makes keeping track of them much easier and allows for hitting both at once. After defeating one of the Watcher Knights, more will spawn until you fight a total of 6.

This playthrough I learned that you can drop the left chandelier to make it so you only fight 5 Watcher Knights. Smash the area above where I am looking in the first picture and it will give you access to the chandelier’s support 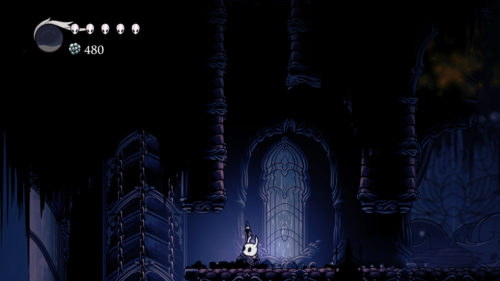 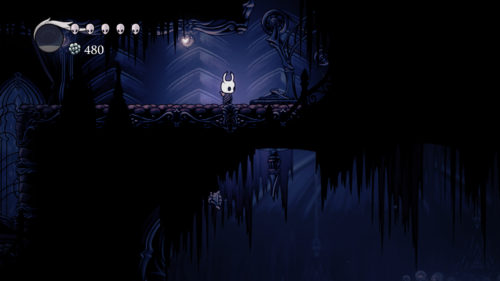 After defeating the Watcher Knights, head to the right and continue up until you reach a room with a bug on a bed. Hit them with your Dream Nail, enter their dream, use the Dream Nail and basic attacks to collect the essence. After you’ve collected the essence, you will be shown a cutscene of a mask on the temple door breaking. Congrats, we only have to destroy two more masks!

Head back to King’s Station because we are done here.