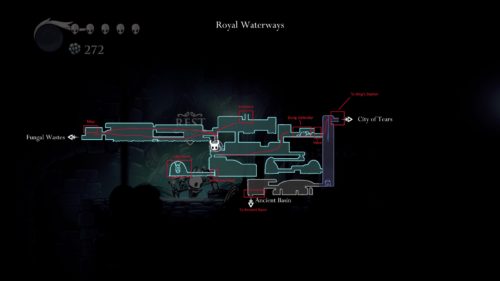 Beneath such a wondrous city, one would expect huge waterworks and Royal Waterways is just that. As you enter Royal Waterways, note that there are some super annoying enemies in this area. With that aside, let’s get you the map! 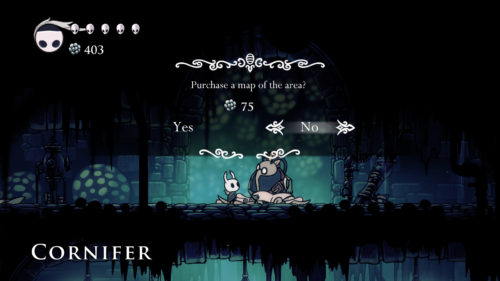 When you enter Royal Waterways head left until you reach a piece of floor which you can use Desolate Dive on. Break the floor and snag the bench. After you have snagged the bench, return back up the hole you made and continue heading left. Head all the way to the left room and you will end up in a room where the map make is locked behind a gate. Here you will need to kill all the enemies in order to get the gate to raise. With the gate raised, hit the switch to raise the second gate near the map maker and head up. The map maker sells a map of this area for 75. In this room is a switch to open the shortcut for Fungal Wastes. Push it if you so desire.

Flukemarm is an optional boss in Royal Waterways. The boss is located in the lower left corner of the map, behind a breakable wall. This boss is 100% aids and should be avoided at all costs. If you feel like fighting it, all I can say is good luck and maybe lower your game volume. (See video). Beating Flukemarm unlocks the Flukenest Charm.

The major boss of Royal Waterways is Dung Defender. I personally find this boss to be one of the easier, but if you have difficulties, simply skip to the Crystal Peak portion of this guide. My reason for DD being so easy is simply that the boss telegraphs every attack and makes it relatively easy to dodge. See the above video for an idea of the fight. 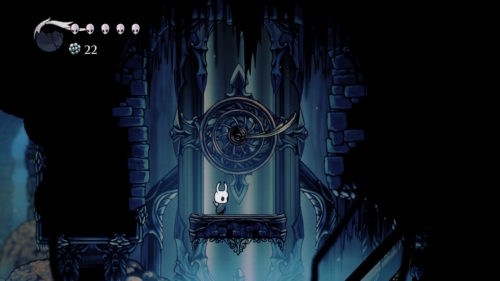 After you beat Dung Defender, you will receive a new Charm, The Defenders Crest. This Charm emits an odour around the wearer which damages enemies. Grab the charm and head to the next room. You will see what looks to be tubing and a switch. Hit the switch and green liquid will begin to flow. Head right and up into City of Tears. 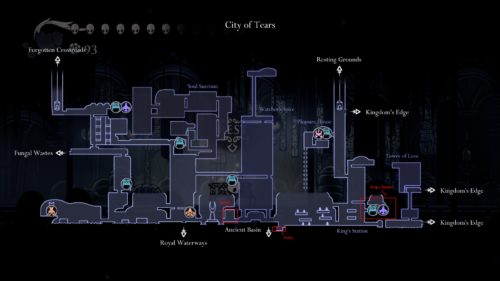 When we first entered City of Tears, we ended up reaching the middle of the city with no way to access the right side of the city. When we exit Royal Waterways, we end up on the right side. First things first, head left until you reach the door that was locked near the statue in the middle of the city. We are now able to open this door. With that done, head as far right as possible (avoid fighting if need be). In the far right area is a bench and King’s Station Stagway. To unlock the Stagway is 300 Geo. With the Stagway unlocked, let’s head to Forgotten Crossroads and then Crystal Peak.

Getting to Crystal Peak 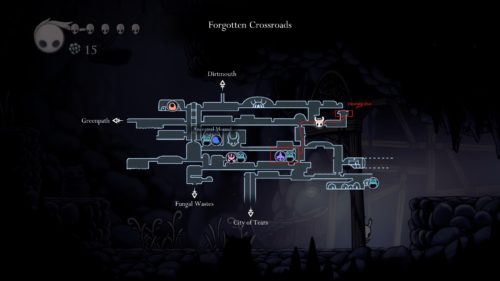 Crystal Peak is accessed by going to the mine located near the Forgotten Crossroads Stagway. To access this area, leave the Stagway Station, head up and then right. Inside the mine, take the elevator up and Desolate Dive the loose ground. You are now inside Crystal Peak!