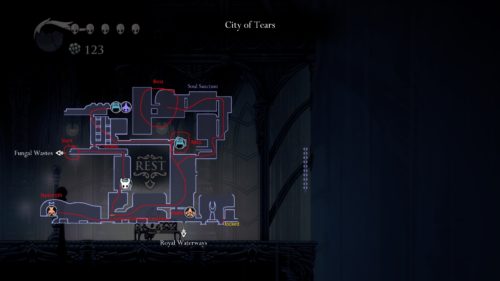 City of Tears is arguably my favorite area in Hollow Knight. This huge city is fun to explore and has some really interesting design. Unfortunately for us, traversing City of Tears is a bit of a pain, but there are some merchants here who are well worth it. For the sake of guiding you, I’ve put the completed map above with a sort of run layout for where to head. My suggestion would be to head to the Nailsmith straight away as the upgrade is nice, real nice. 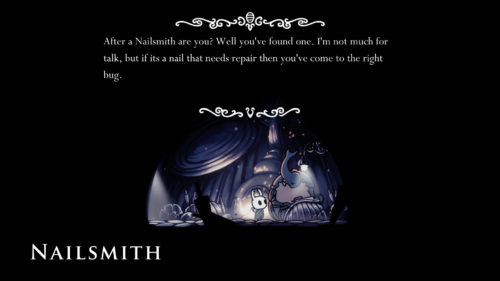 Upgrading your nail should be the first thing you do in City of Tears. Located in the bottom, left corner of the city is the Nailsmith. In total, there are three nail upgrades to get throughout the entire playthrough. Upgrading the nail increases your damage. This will help you a ton in this region and going forwards as you will find the enemies start to have more health. To get to the Nailsmith from the entrance, simply head right and take a series of down until you see a sign with a nail on it. Follow the sign until you reach the Nailsmith. Upgrading your nail will cost you 250 Geo, but is well worth it.

I didn’t mark this on the map, but the directions are pretty simple. From the Nailsmith head right, staying on the bottom level, until you run into the fountain. Making it here will trigger a cutscene and you will learn a little bit more about the game’s story. 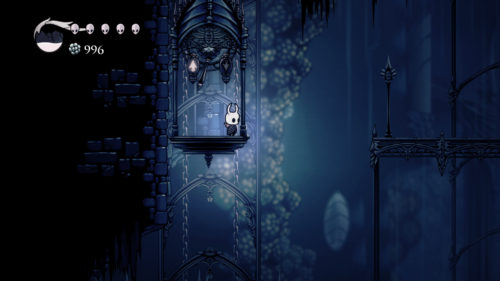 After you’ve met Hornet, you will realize that you can’t progress further and so you must back track to the elevator you took to get to the Nailsmith. Instead of taking the elevator all the way back up, jump off about midway unto a platform to the right. This will allow us to access the upper portions of the City of Tears. Use the platforms to make your way into the upper area of the second building to the right. Here you can stop by the trader who you can sell certain items to. If you don’t want to do this, continue heading up. Eventually you will make your way to a bench which you have to pay to use and the map maker. The map of this area costs 90 Geo.

With the map in hand, you have a few choices to make. Continue heading up on the left side and snag the Stagway/Bench or head below the bench you are at and head up to the right towards the boss. I personally would grab the Stagway first, but that’s just me.

Soul Master can be a pretty tough fight, but upgrading the nail makes it a lot easier. Soul Master teleports around the arena and is extremely fast, making dealing damage a bit of a pain. There are also very short windows for healing which can be frustrating. My strategy when facing Soul Master was to get one or two slashes in before he teleports and get a bunch in when he either moves with the orbitals or simply moves left to right. The most frustrating attack to be aware of is the teleport into ground pound. The reason this move is so frustrating is because dodging has to be precise or else Soul Master will keep teleporting. Also be aware that the ground pound has a shockwave with it, so immediately after dashing look to jump.

Like Mantis Lords, Soul Master is a two stage fight. Stage one you fight in the upper arena and then after you have dealt enough damage, you move to the bottom part of the arena. In the second phase, Soul Master becomes faster and more aggressive. The good part about the lower phase is that you only need to deal a few hits of damage for the fight to end. 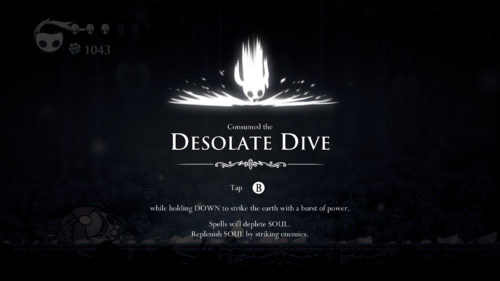 Beating Soul Master will give us the Desolate Dive ability. With this ability, we can now access a bunch of new areas! The key to seeing if a piece of ground is poundable, is to watch for it to be shaking. City of Tears has glass on the floor which can be smashed, but this is an exception.

Now that we have a new ability, there are a few places to go, but I am going to take us to Royal Waterways as it is accessed through City of Tears.

Getting to Royal Waterways 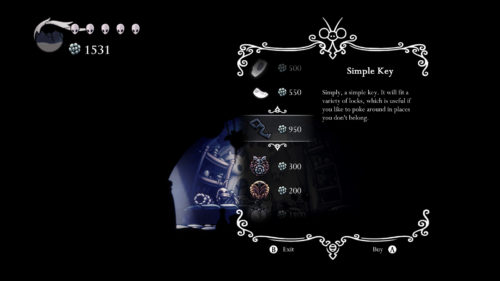 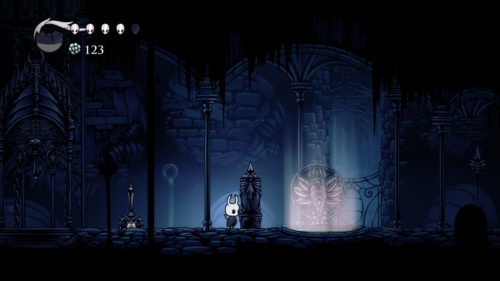 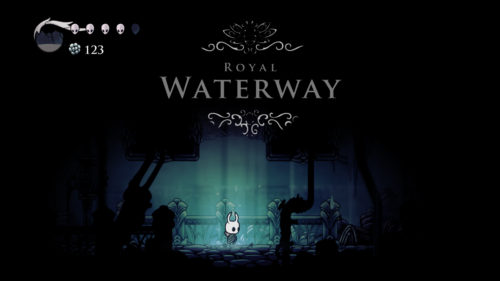 While travelling to see Hornet you probably passed a mechanism which required a Simple Key. Lucky for us, Sly sells a Simple Key. Head to Sly in Dirtmouth, buy the Simple Key and return to the lower area of City of Tears. Use the key on the lock and a door will open in the floor. This is the entrance to Royal Waterways. Normally we head to Crystal Peak after collecting Desolate Dive, however, I like unlocking King’s Station Stagway Bench while we are here. Click here if you want skip to Crystal Peak.