Hollow Knight players got a bit of a treat this week with the release of the new “Lifeblood” update. This new update adds a number of tweaks to Hollow Knight, along with a new boss and a beefed up existing boss battle. To help you find the new boss, use the Lifeblood update guide below.

What’s Inside the Lifeblood Update 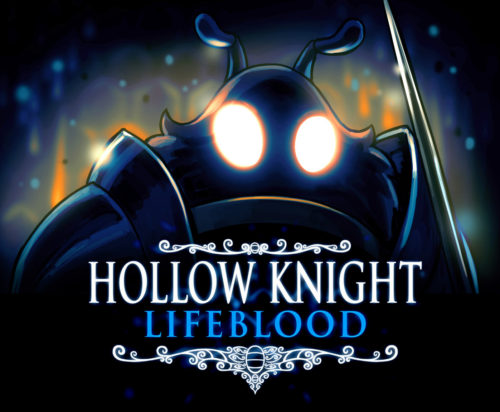 The new Lifeblood update for Hollow Knight features a number of game tweaks and additions. Team Cherry highlighted everything you will find in the new update on their Steam page. Check out what the studio revealed below.

Hollow Knight: Lifeblood represents many months of under-the-hood improvements, and we’re far from over! Free Content Pack 3: Gods & Glory is also coming together as we speak, and is shaping up to be the largest pack yet! Lots more still to come!

As you can see, the Lifeblood update features a number of fixes to the base game, along with some new additions. Besides those revelations, we also learned that the third (and final) content pack, Gods & Glory is “coming together” which should be exciting for fans of the game. 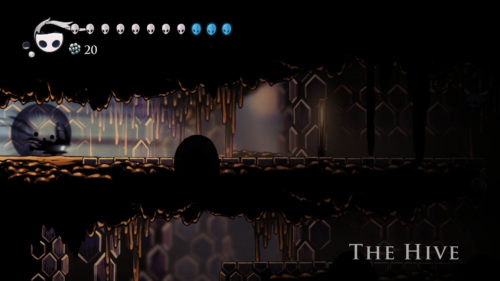 The new boss can be found in The Hive (by Kingdom’s Edge). How you choose to get to this area is largely up to you, since there are a number of ways to get there. Personally, I just take the Tram beneath Royal Waterways, as I find it easy to do. Regardless of method, make your way to The Hive. 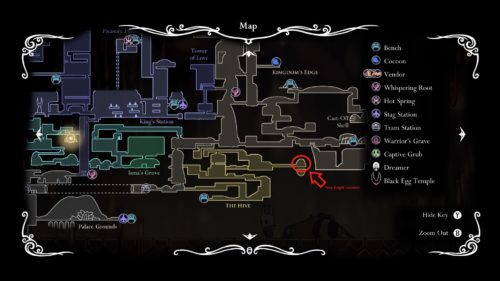 Inside The Hive you want to head to the Right. You will see an area on the map that is obviously a boss room. Head here to face off against the Hive Knight. Be careful as you make your way to the boss, as there are a ton of bees in this area which will mess you up.

The Hive Knight is the new boss that has been added in the Lifeblood Update. If you’ve already beaten the game, this boss will be rather trivial, as it has relatively low health. All you need to do here is spam attack, dodge a few times, and the fight will easily end. After you’ve defeated the Hive Knight, you will be able to talk with Hive Queen Vespa at the Hive Knight’s corpse. Continue past the boss arena and head lower to find the Hiveblood Charm (though you probably already have it).

Everything in The Lifeblood Update

Besides adding a new boss fight, the Lifeblood changes a ton of stuff in Hollow Knight. YouTuber Keith Redacted made this awesome video above which features a good look at everything Team Cherry added in the new Lifeblood update. I highly recommend giving it a watch. Check out the changes in text form below:

Thoughts on our Lifeblood Update guide? Let us hear them in The Pit below.