Hollow Knight came out of nowhere for me. I recall hearing about it at the tail end of 2016 and then not really thinking about it until I saw it being played on Twitch. Having just finished playing through Salt & Sanctuary, I figured I would give what I assumed was a similar game, Hollow Knight, a try. Does this game deliver? Here is my Hollow Knight review.

What is Hollow Knight 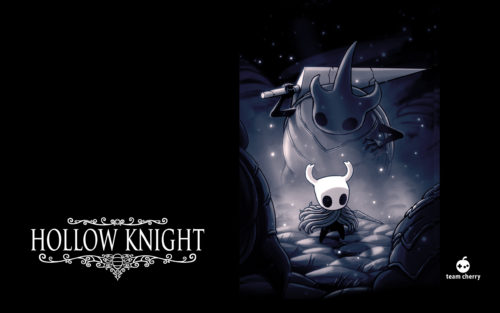 Hollow Knight is a hand drawn, metroidvania like platformer. What this means is that you are free to traverse an open world, but must follow a natural story progression by acquiring items which allow you to access new parts of the world. You may stumble across areas that are only accessible after you have acquired double jump or dash for example. This means exploration and backtracking are a large focal points of the game.

The other way I would describe Hollow Knight is hard. Hollow Knight will punish you. This game is a nod to older platformers which expected the player to have perfect sequences to advance. Checkpoints are few and far between, and the game features a Dark Souls like checkpoint and death system. To secure a checkpoint, players must find benches scattered throughout the world. Sitting at a bench, activates the checkpoint.

Alongside the checkpoint system is a very Dark Souls like death system. Upon death, your shade remains within the area you died. This means you need to make it back in order to collect the Geo (the game’s currency) you lost upon death. Fail to do so and those Geos disappear.

Exploration is built on key system mapping. Mapping is unique in that each area has a map associated with it, but must be purchased from the map maker. The catch here is that the map maker is hidden within the area, so it is up to you to find him. When a map is purchased, the map itself is incomplete. Areas you have explored appear, but areas you haven’t, do not. As you explore the unexplored area on your map, the begin to get added to it. Other points of interest like merchants and Stagway stations, can be added to maps by purchasing pins at a vendor. 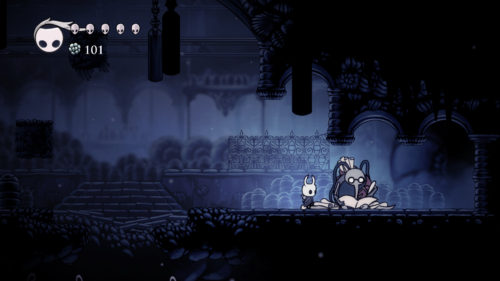 This approach to mapping is interesting and works pretty well. I personally would have liked a pin (whether you buy it or have from start) which can be placed by the user on the map. As there are a ton of things to keep track of, the ability to make edits to the map in some form, would be a nice quality of life addition. But this is a minor complaint.

Alongside exploration is also a fun combat system. Combat takes the form of melee as well as magic. Melee combat is done by wielding the Nail, while magic has more variation. Both combat types are interesting and fun and work well meshing together. Within the combat system there are bosses to fight, random enemies to encounter as well as weapon upgrades to unlock.

Bosses in Hollow Knight all feel and act unique and the Dream variants up the difficulty substantially if you are looking for a challenge. Like other games in the genre, taking down these bosses requires patience and perseverance. My one criticism is that some of the boss rewards are pretty underwhelming and I would have liked to see better (or more) ‘boss charms’. 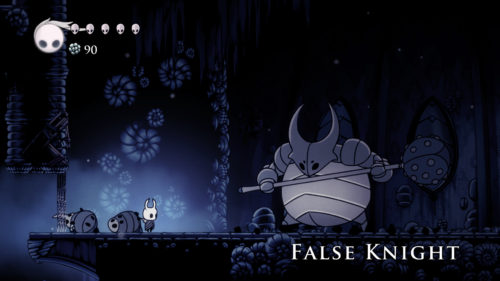 Besides the bosses there are also a wide variety of enemies to fight in Hollow Knight, and a decent amount of difference between them. Some enemies fly, other enemies slide on the floor, while others kamikazee into you. This is a welcome bit of variation and makes reaching new areas fun as you don’t know what new enemies will do.

Weapon upgrades are handled by both upgrading your Nail and collecting Charms. Upgrading the nail is pretty underwhelming, but the Charm system really shines. Charms act as a sort of spec ability in Hollow Knight. Have a certain number of Charm slots and charms take up these slots. Charms will add passive benefits to the player. For example, one Charm extends the reach of the Nail, while another affects the speed of attacks. 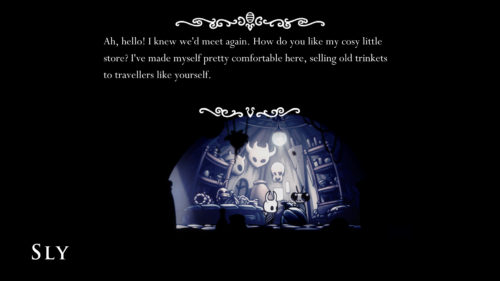 I personally think the story is the weakest part of Hollow Knight. Even now I couldn’t really tell you why I was doing what I was doing. It attempts to go the Dark Souls route of exposition via item descriptions, npcs, and environments, but it doesn’t really work all that well. This is really disappointing to me as the world itself seems interesting, but the presentation of the story doesn’t really add all that much to it. If you want a story rich experience, this may not be the game for you.

Team Cherry has done an excellent job on the controls in Hollow Knight. Movement feels sharp and responsive. Platforming feels intuitive and makes the more difficult sections feel beatable. Overall the controls are a definite highlight. A game like this can easily get bogged down by poor controls, but Hollow Knight excells in this area.

Note that I only played this game using a gamepad (recommended) so can’t speak for Keyboard + Mouse. 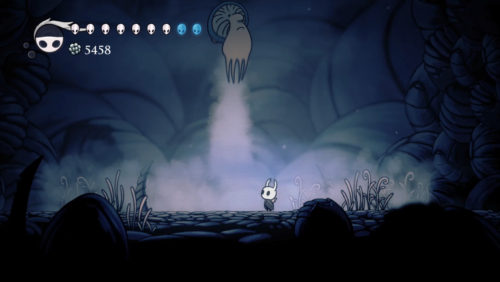 Easily the most notable thing about Hollow Knight is the game’s hand drawn art style. With all the hype Cuphead is receiving for its unique look, you would think more people would be talking about Hollow Knight. Simply put the artwork is beautiful. Going with hand drawn art was a good decision as tonally the art captures the despair of the world around you. Character models are drawn well and so are the environments you traverse. This game looks so good that at times it feels like you are watching a cartoon.

With that being said, I can definitely appreciate that this style might not work for others. Like Windwaker, the art of Hollow Knight is very particular. If you have no interest in staring at Hollow Knight’s art for 20 + hours, then this game is definitely not for you. For me it works though.

Hollow Knight’s art is easily one of the best parts of the game, but it also may be causing the most frustrating part as well. Frame drops.

Given the nature of Hollow Knight’s difficulty, you would expect the game to run buttery smooth. Players are expected to be precise in their movement, so one would expect the game to support that. Unfortunately, I experienced  serious framerate issues with this game. Before you put me on blast, know that I am not alone in experiencing this.  In a game where difficulty is paramount, dying due to frame drops can be really frustrating. With that being said, the devs are aware and there is a patch in the works, so hopefully they can sort it out. Was the frame rate problem enough to deter me from dumping 40+ hours into Hollow Knight? No, but if you don’t have the time nor patience to deal with replaying segments due to frame issues, look elsewhere.

This is a really hard question to answer. My initial reaction is yes, but their is a major caveat here. First and foremost you should be aware of what exactly you are purchasing. Does the idea of playing a hard, exploration rich, metroidvania platformer get you excited? Does the idea of backtracking, revisiting areas over and over again appeal to you? If yes to both these questions, then there is an incredibly fun and rich experience waiting for you. There is also a ton of stuff to do. Like a ton of stuff. From collectibles to sidequests to speedruns, there is a ton of value in Hollow Knight

Exploration – Tons to explore in an interesting way

Value – So much to do for relatively little $$$

The game is not really broadly accessible which is a shame

Mapping – could be more player friendly