Hollow Knight is an indie platformer created in the style of a Metroidvania. A loose definition of Metroidvania is simply that it borrows heavily from established conventions used in old Metroids. In simpler terms it means the game is a tough platformer which is open world, but requires unlocking certain items and abilities in order to progress or access certain areas.

Hollow Knight is armed with a nail, which is his primary weapon. The nail acts like a sword and can be swung in multiple directions. Combat consists largely of learning attack patterns and then exploiting them. Dodging is a huge part of the game so be prepared. 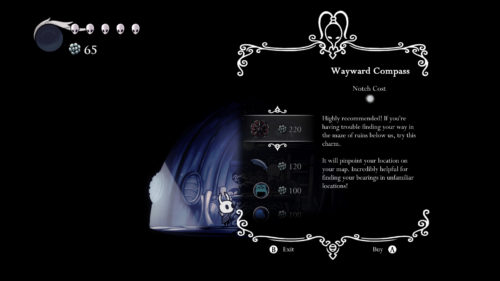 Being in the Metroid vein means there are a lot of upgrades to either find or buy. These upgrades take a few forms: abilities and Charms. Abilities are always at your disposal. For example, Focus is the healing ability you get at the start of the game. Charms on the other hand can be swapped out at benches and give the player certain passive abilities. One Charm will give more I-Frames upon hit for example. 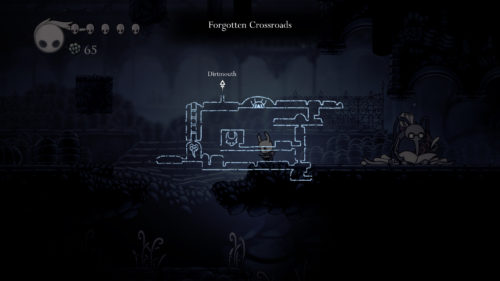 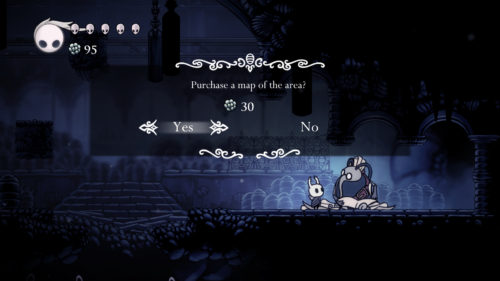 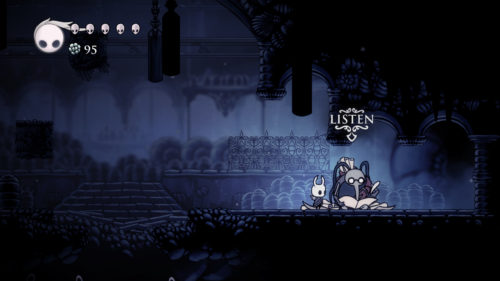 Hollow Knight is designed with exploration in mind. There is a map system in the game, but each area requires a map be purchased to reveal locations. There are also pins which can be purchased to illuminate certain key areas on the map. 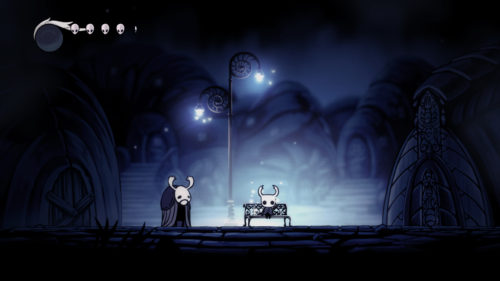 Like Dark Souls, there is a bonfire like system in Hollow Knight. Checkpoints are represented by benches or things you can sit on. Sitting at one of these checkpoints heals the player, creates a checkpoint and allows players to equip trinkets. 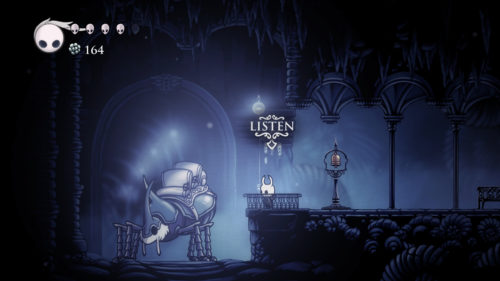 There is a Fast Travel system in the game. To access the system, players must find toll collectors and pay the necessary toll. It is very akin to something like Morrowind’s Stilt Striders. 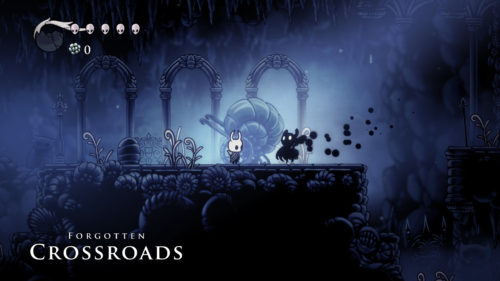 I’m gonna reference Dark Souls once again in terms of describing the death penalty in Hollow Knight. Similar to losing Souls, player lose their collected Geo upon death and the Geo takes the form of a spectre which looks just like you. This spectre stays where you died, so you must head back and defeat the spectre to reclaim your lost Geo.

I have confession to make. For my first playthrough I never once used a Rancid Egg. This is not because I am good or anything. Basically I had no idea what to do with them. When I completed the game, I googled the purpose of Rancid Eggs and learned how they worked. Let me pass on my findings to you.

Rancids Eggs are given to a character in Dirtmouth (All the way right of the city behind the simple locked door), who will then call your Shade back to you no matter where you died. This means if you died in a particularly difficult spot to return to, it might be a better option to summon the shade. Hope this helps!

These are a few of basics of the game. Let me know in the Pit if you have any more questions.