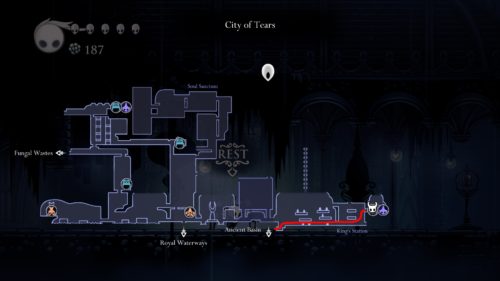 Isma’s Tears gives you immunity in poison. This means falling into poison no longer forces you to start over. It’s a really good ability to have and we are gonna grab it. To get it, follow the video by Relyea, or use my text guide below. Basically make your way to the bottom right area of the Royal Waterways until you reach an area where there are Crystal Peak crystals. These crystals hint that you should use the Crystal Heart ability. Use Crystal Heart to pass through the ruined elevator shaft and into Isma’s Grove. Here you will have platform a bit and also fight your way through a challenge room. Once you complete the challenge room, head deeper until you reach Isma’s shrine. 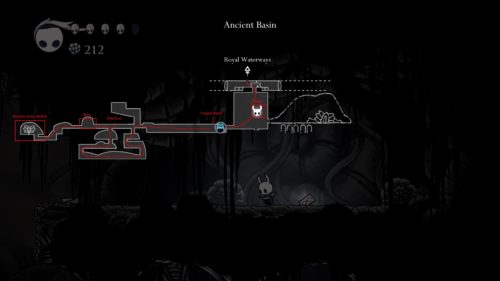 Unlike other areas we have explored, Ancient Basin is super straightforward to traverse. The goal here is to beat the boss and grab the Double Jump ability. 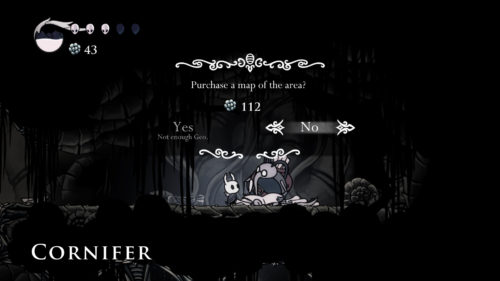 Located in the Ancient Basin is boss Broken Vessel. This boss is very quick and can dump out a ton of damage if you are not careful. Moveset wise, the boss will charge, jump  charge, sword attack, call in adds, ground pound, and send out projectiles. When you deal enough damage, Broken Vessel will fall over. This is a good time to heal. Consider equipping the Stalwart Shell Charm for this fight as it will help offset timing. 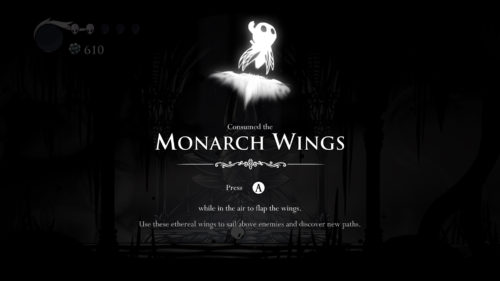 After you beat Broken Vessel, head left until you reach a dead end. Here you will find the Monarch Wings. Monarch Wings allows us to double jump, which will help us as we head into the home stretch of Hollow Knight. After you have the Monarch Wings, return to City of Tears (King’s Station).

Now that we have double jump, I recommend returning to Crystal Peak and collecting the Pale Ore. Take that Pale Ore to the Nailsmith and upgrade your Nail (1 Pale Ore + 850 Geo).