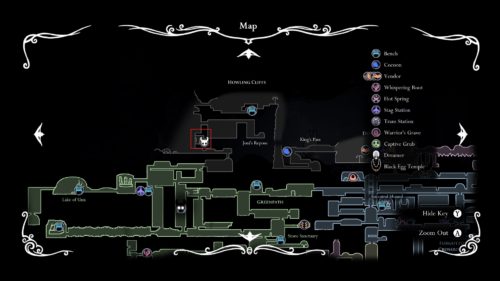 Head to the Howling Cliffs and look for a breakable wall here. 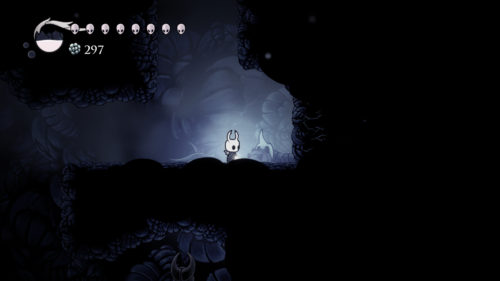 To access the new quest in Hollow Knight’s The Grimm Troupe update, make your way to the Howling Cliffs. Head to the location marked on the map above and look for a breakable wall. Break the wall to reveal a pathway heading to the right. Follow the pathway. 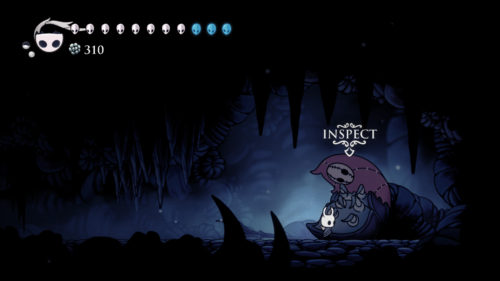 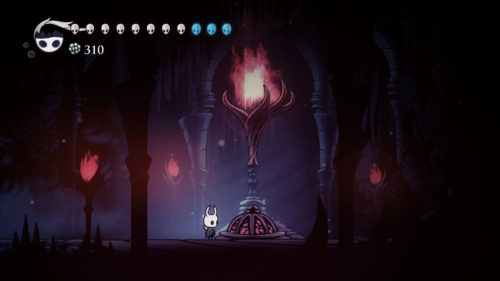 Head down the dark, cold pathway until you reach a dead end with the corpse of a bug. Inspect the bug and return to the large room (you passed through to reach the corpse). Inside this room will be a bonfire. Strike the bonfire until a flame erupts which lights the torches in the background. Music will play. Head back to Dirtmouth. 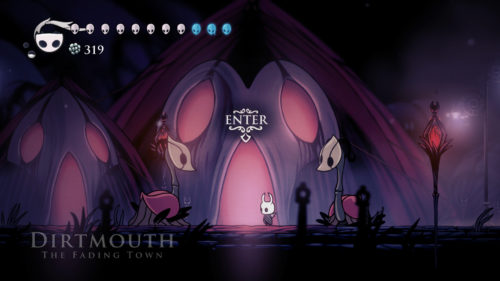 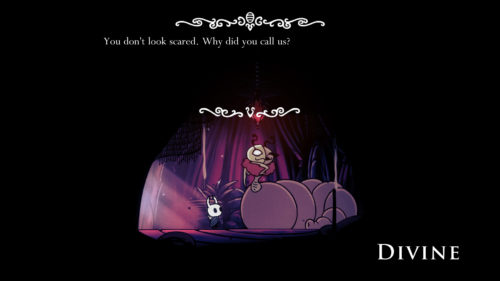 In Dirtmouth, you will notice a new tent has appeared. Inside the smaller tent on the left you will meet Divine. Divine wants to know why you called the Troupe here. To start the quest, head inside the large tent and talk to The Troupe Master. The Troupe Master will tell you to collect flames scattered around the world. To do this, he gives you the Grimmchild charm which shows the flames locations on your map. 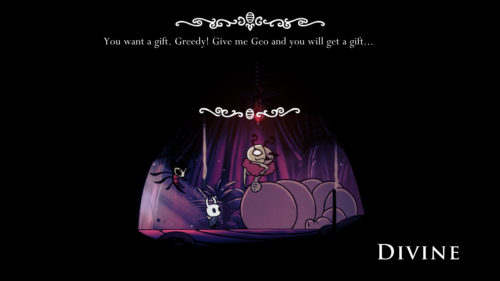 Divine will take any of your fragile charms and make them unbreakable. This can be done by wearing the charm and then talking to her. In order to get all three unbreakable charms it requires paying: 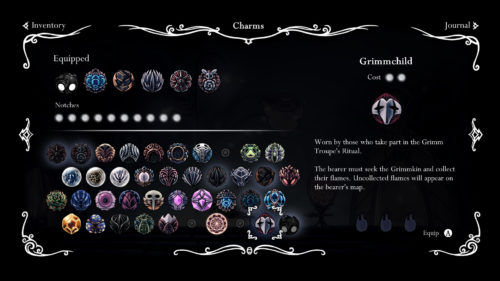 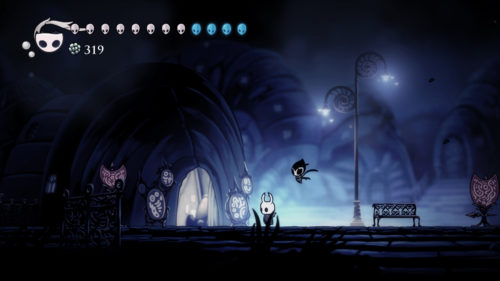 Leave the Tent and hit up the bench nearby to equip Grimmchild. We have a new buddy that follows us around! Let’s complete the quest! 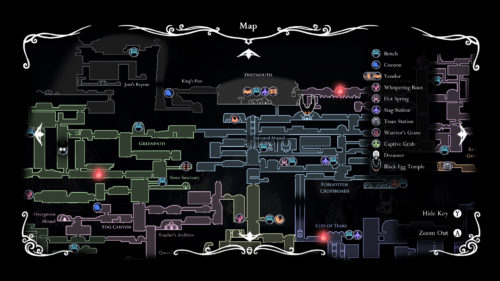 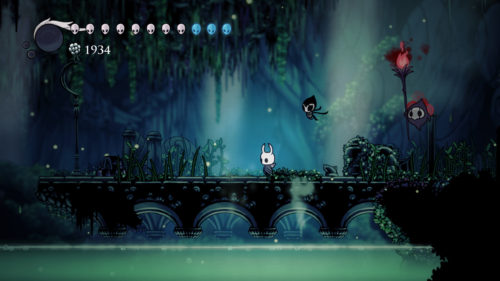 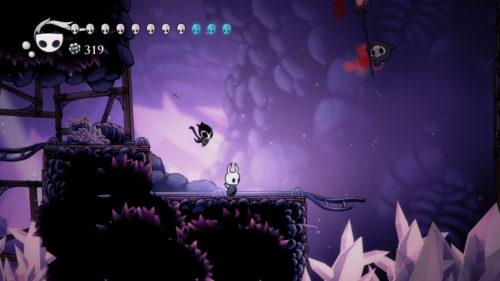 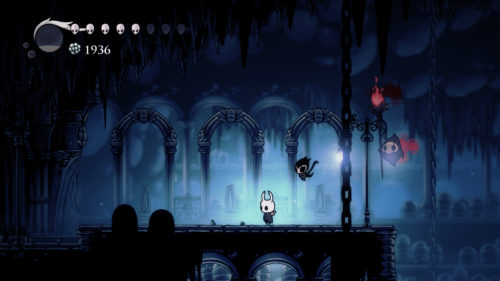 To collect The Grimm Troupe members, simply do what we’ve done whenever we’ve encountered a new creature in Hollow Knight. Beat it to death with your Nail. Once all three flames are collected, return to the Tent in Dirtmouth.

Hand in The Flames and Repeat 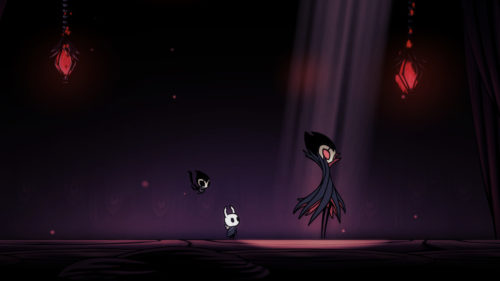 After completing the fetch quests for the Troupe Master, you will trigger a boss fight with him. This fight is pretty hard, so be ready. To read more on Troupe Master Grimm, check out our boss list here. Once you’ve beaten Grimm, he will tell you to collect the last remaining flames… Hooray for fetch quests! 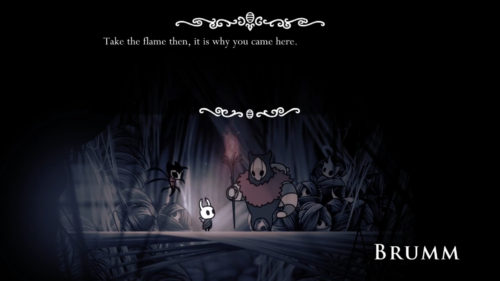 As pointed out by user Avox17 in the comments below, there is an alternate ending you can unlock in The Grimm Troupe. This ending involves banishing Grimm instead of fighting his second boss battle. This guide from Steam user ‘b, does a good job of describing the steps to unlock the alternate ending. Unlocking this ending will earn you the Banishment achievement and the Carefree Melody charm. 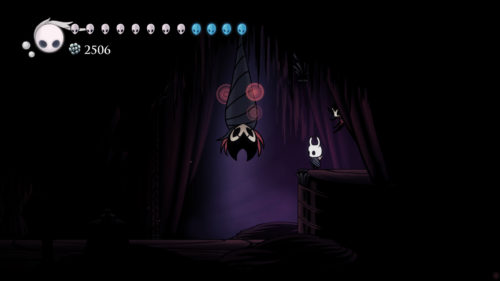 The last three flames I needed to collect were located in the Fungal Core, Royal Waterways, and The Hive. Once all three flames are collected, return once again to Grimm. You will need to make you way deeper into the Tent to find Grimm hanging upside down. Use the Dream Nail on him to trigger the second boss fight in The Grimm Troupe update.

Completing this boss fight causes The Grimm Troupe to leave Dirtmouth. The only character who will remain is Divine, who can be found inside her tent. After this, you’ve basically completed the update content. Should you be inclined, there is one more piece of content which can be found below (optional).

Complete The Path of Pain in White Palace 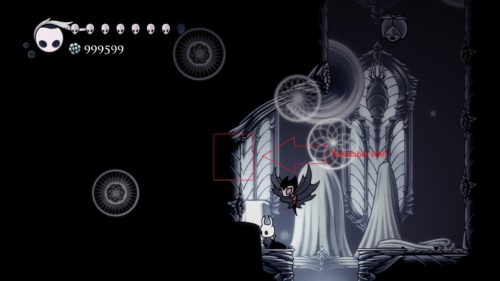 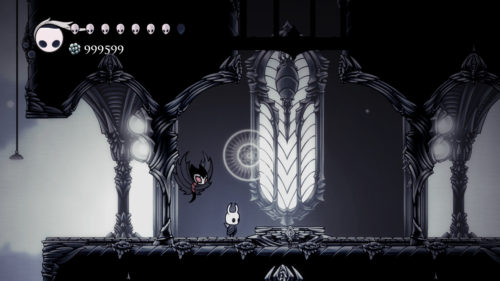 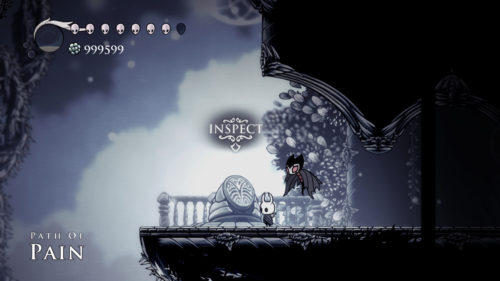 Once you’ve completed both bosses, you can return to White Palace and access a new platforming challenge here called The Path of Pain. Like the name suggests, this sequence truly is a path of pain. Follow the picture guides to find out where to access this platforming level. Completing this area, unlocks some more lore for the Hollow Knight story.

This Hollow Knight The Grimm Troupe guide is now complete. As always, let me know what needs to be changed in The Pit below.