How to Unlock Black and White Mode Cuphead

I’ve been cleaning up some of the remaining achievements in Cuphead and recently managed to complete the Pacifist. The Pacifist achievement is hinted at by the Turtle in Inkwell Isle II. What exactly does being a pacifist mean and what does completing the quest unlock? Here is how to unlock black and white mode Cuphead. 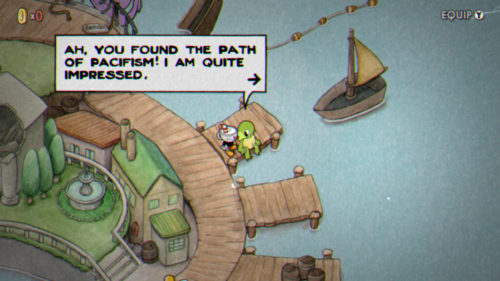 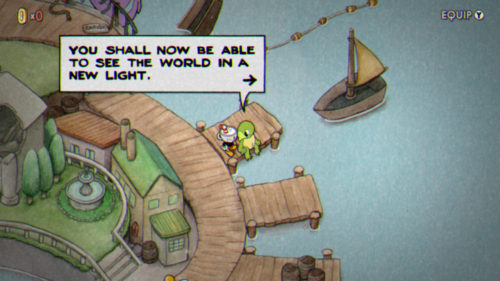 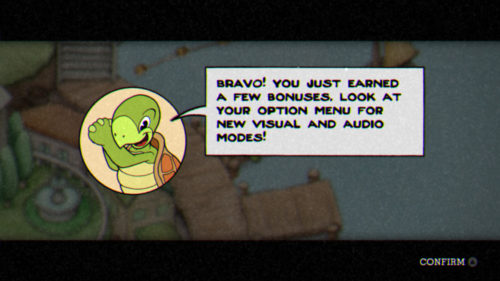 When you reach Inkwell Isle II, you meet a nice turtle on the docks who mentions taking a different path through levels. This path is the path of a pacifist. If you don’t know what a pacifist, it’s basically believing violence is unjustified and should not be used.

Complete ALL Six Run and Gun Levels Without Violence 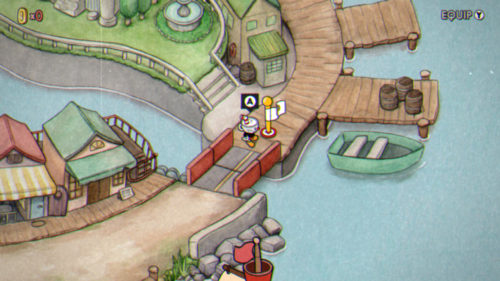 The flag has a P on it which means I beat it as a pacifist.

My initial thought was that bosses could be beaten without fighting them. This proved to be incorrect. Instead you need to beat all six Run and Gun levels without killing anything. This can be done fairly easily with the dash charm. Upon completing all six levels, return to the Turtle to unlock black and white mode in Cuphead.

Turning on Black and White Mode in Cuphead 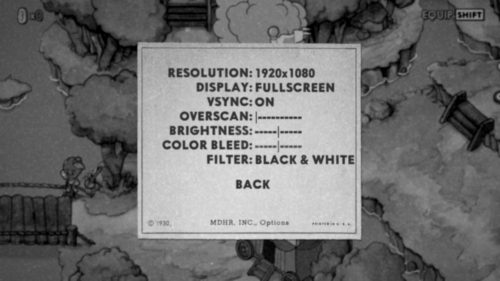 To turn on the black and white mode, navigate to the options menu. In the options menu, you can change both the audio and visual styles. Select audio and tick on Vintage Mode. Head to visuals and select Filter Black & White.

What do you think of black and white mode Cuphead? Let me know in The Pit below.