Home » Walkthroughs » Far Cry 5 Perks – What They Do and How Much Do They Cost?

Far Cry 5 Perks – What They Do and How Much Do They Cost?

Like other Far Cry games in the series, Far Cry 5 features a robust perk system which can help your character become stronger, powerful, and more deadly. Many of the perks found in Far Cry 5 are present in other Far Cry games and should be rather familiar to returning players. For the new players out there, I figured I would layout take what the Far Cry 5 perks are. 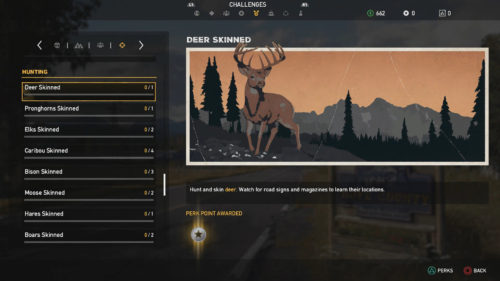 Far Cry 5 features a number of CHALLENGES to complete while playing which earn different Perk Point payouts. These CHALLENGES can be viewed in your Menu and are broken down into 4 categories: Assault, World, Guns for Hire, and Hunting. The more of the CHALLENGES you complete, the more Perk Points you will have to spend on your character’s Perks.

Thoughts on the Far Cry 5 Perks? Let me know in The Pit below.