Once you’ve setup camp in the Rotten Vale, you will attempt to take the Airship deeper inside. On the flight, you will run into Legiana, a large, flying Wyvern who won’t let you pass. In order to continue search for Zorah Magdaros, you will need to kill Legiana. To track this beast, look for Gashes and Footprints it leaves around the map. Once ready to fight use our trusty Legiana guide to gain an edge over this monster. 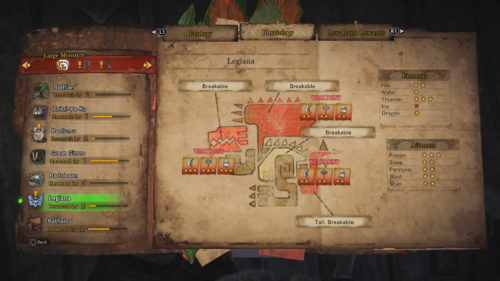 See the weaknesses and weak points of Legiana on the Legiana Physiology report. 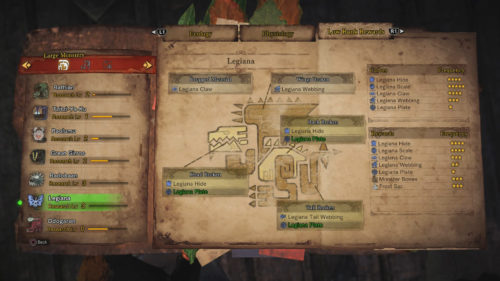 See what the Legiana Low Rank Rewards are with this reports page. 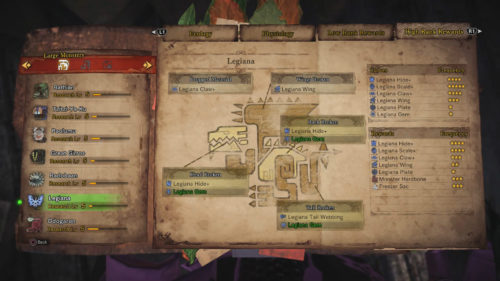 Hunting Quest Text: “You already know how I feel about that intolerable creature. As long as it controls the skies in the highlands, we’ll never be able to make our descent. Do take care of it, won’t you?”

Characteristics: The apex monster of the Coral Highlands whose diet primarily consists of Raphinos. It emits a chilling wind from its body, which dulls its prey’s ability to escape.

Useful Information: The membrane that covers its entire body enables Legiana to move with incredible speed. Damaging this membrane should help with slowing it down. Poison attacks have also been known to be effective.

Iceblight: Legiana can deal ice elemental damage which causes Iceblight. Iceblight increases the Stamina cost of performing certain actions. You can tell you are effected by Iceblight, as your stamina bar will turn light blue and ice crystals appear of above the hunters health bar. To heal this status effect, consume a Nullberry.

Legiana likes to deal ice damage and also attack from the air. Here are the attacks this monster likes using:

Legiana can be a pretty tough fight, but is one of the easier flying wyverns you will face in your play through. The big thing is dealing with the ice attacks it does. Here’s are a few tips to make the fight easier.

The Legiana Set on a Female hunter. 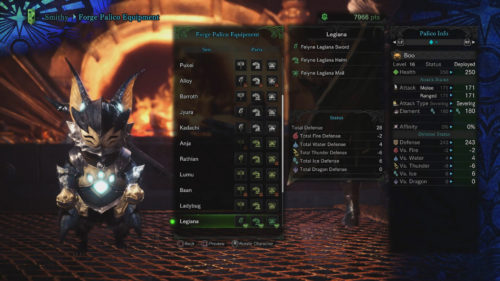 The Legiana Set on my Palico.

The Legiana α Set on a female hunter.

The Legiana β Set on a female hunter.

The Legiana Set α on my Palico.

This concludes our Legiana guide. Wish to add something? Drop a comment in The Pit below.