In Monster Hunter World‘s Wildspire Wastes you will find a large, flying wyvern by the name of Rathian. This monster can deal both poison and fire elemental damage, which can make fighting it pretty tough. If you do hunt one, follow the various Footprints around the area to track it. For more information on this great beast, consult our Rathian Guide below. 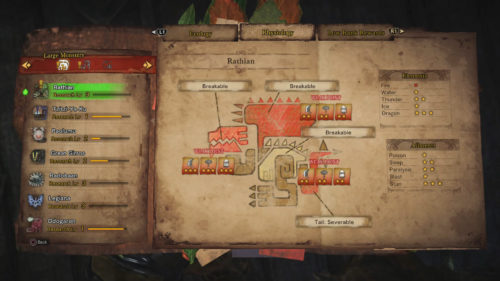 This is the Rathian Physiology report from the Ecological Research center. 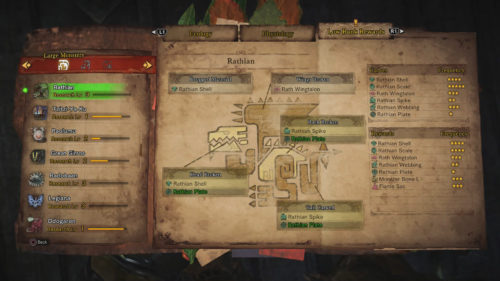 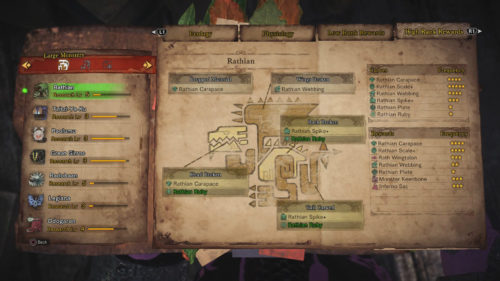 Characteristics: Wyverns known as the “Queens of the Land.” Terrestrial predators, they overpower prey with their venomous tails and powerful legs.

Useful Information: Come prepared with fire-resistant armor, and neuter its poison attacks by severing its tail. Be careful when stealing an egg from its nest, for a Rathian will chase and egg thief to the ends of the New World.

Fireblight:  When being afflicted with Fireblight, a small flame will appear over the hunter’s health bar (two for Severe), and the red health bar will turn red and begin to decrease. To cure this affliction, simply roll into water once, roll on the ground three times, or consume a Nulberry. When the Rathian’s mouth has flames in it, you know fire attacks are coming.

Fighting Rathian can be a major pain, and is easily the hardest monster you’ve faced up to this point. Rathian has a collection of moves it will use to crush you, so let’s take a look at them.

Rathian can be a tough fight. The monster is fast, mobile, and packs a serious punch. Here are a few tips to help make the fight a bit easier. 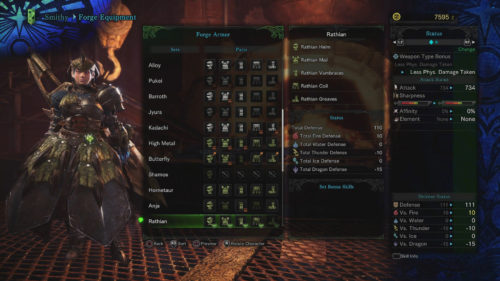 The Rathian Set on a female hunter. 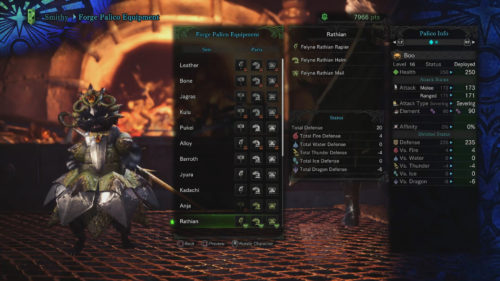 The Rathian Set on my Palico.

Human: All Materials are Rathian Carves/Drops unless noted.

Palico: All Materials are Rathian Carves/Drops unless noted.

The Rathian α Set on a female hunter.

The Rathian β Set on a female hunter.

Human: All Materials are Rathian Carves/Drops unless noted.

The Rathian α Set on my Palico.

Palico: All Materials are Rathian Carves/Drops unless noted.

This concludes our Rathian guide. Wish to add something? Drop a comment in The Pit below.