Spider-Man’s newest DLC content adds a host of new activities and collectibles to complete around New York City. One of the collectibles you will be able to gather are the different Hardy’s Stolen art pieces scattered around the city. To help you grab all ten of them, here are every Hardy’s Stolen Art locations. 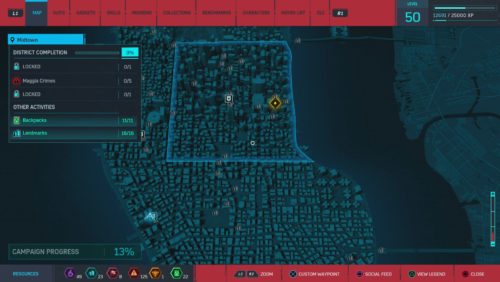 The painting is hidden somewhere on the Chrysler building. 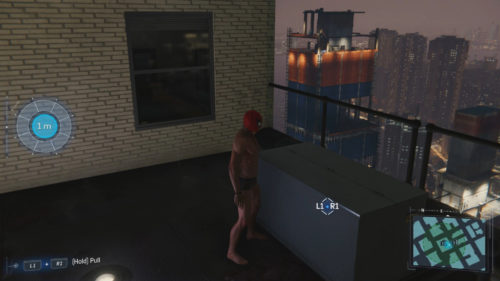 You will find the painting on a balcony inside this power box. Destroy it to collect the painting.

Before you can begin to collect the stolen artwork scattered around the city, you need to complete the story mission Long Lost Loot which introduces you to Detective Mackey. Detective Mackey asks you to collect the artwork around the city for him. The first piece of art can be found on the Chrysler Building. Destroy the Power Box on the balcony pictured above to get the piece “Freedom.” You have to complete this mission to progress through the story. 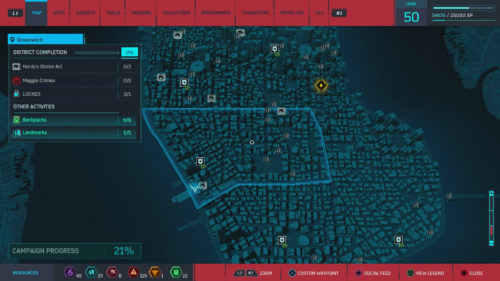 You will find two stolen painting in the district of Greenwich.

The district of Greenwich is home to two paintings you can collect. 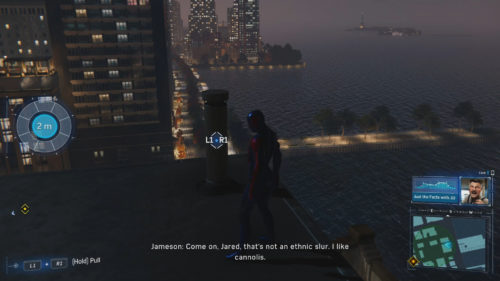 Destroy the rooftop vent to have your painting stolen by a pigeon. 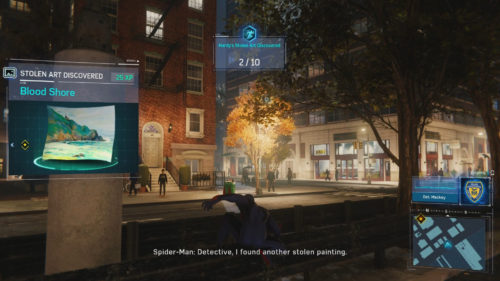 Catch the Pigeon to get the painting.

The first painting is located in the Southwest corner on the roof of a building. Destroy the exhaust vent to have a pigeon come and steal the painting from you. Catch the pigeon to get the painting “Blood Shore.” 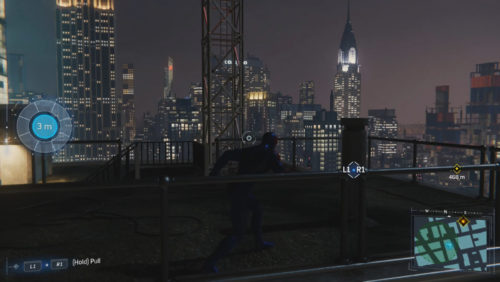 Head to the building with the antenna on it.

Destroy the ventilation pipe on this building to get the painting.

You will find the second painting located in the Northeast corner of Greenwich. Make your way to the building with the radio antenna on it and then look for a exhaust vent. Destroy the exhaust vent to get the painting “Pasture of Heaven.” 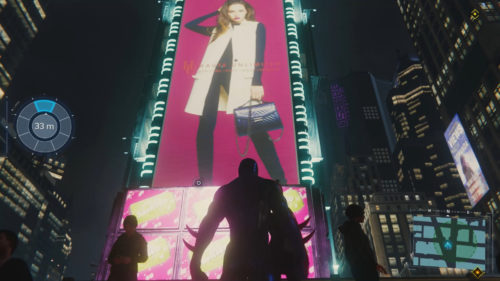 The platform below this ad has a vent on it which can be destroyed. 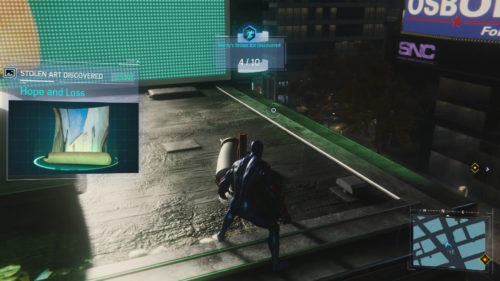 You will find the next Hardy’s stolen painting inside a vent in Time Square.

There is one painting to collect in Midtown. It can be found in the Northwest corner of the district. Make your way to Time Square, and look for the tall advertisement with the Haute Unlimited ad on it. Beside this ad is a vent you can destroy to get the painting “Hope and Loss.” 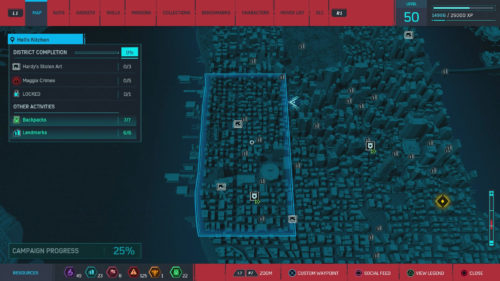 Hell’s Kitchen has three stolen paintings in it.

There are three of Hardy’s stolen paintings in Hell’s Kitchen. 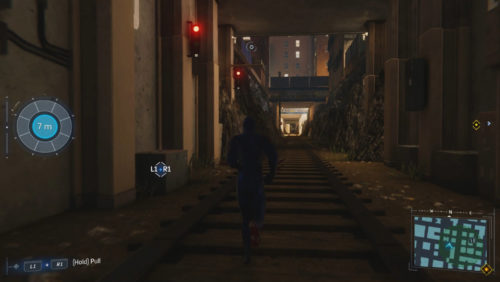 Head down to the train tracks and look for a Power Box. 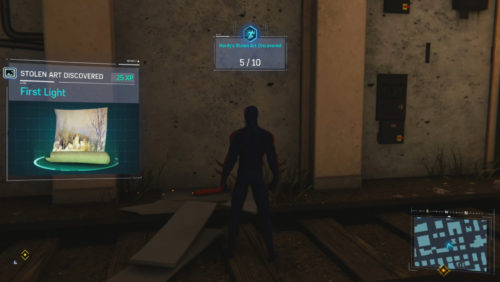 Destroy the Power Box to get a painting.

The first painting is located in the northern portion of the district. Head to the train tracks here and destroy the Power Box beside the tracks to get the “First Light” painting. 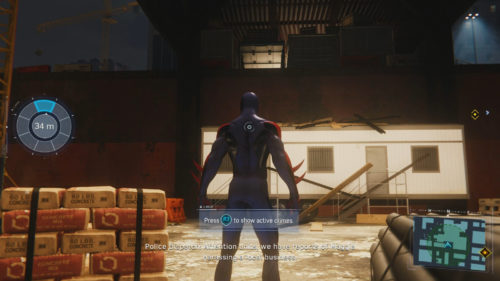 Pull down the scaffolding above this white trailer to access the painting. 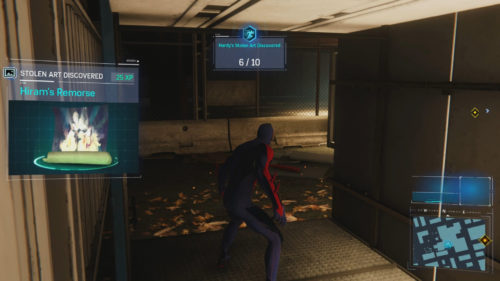 Destroy the Power Box to get the painting.

You will find the second painting in the western portion of the district. To get to this painting, head beneath the bridge to a white trailer. Above the trailer is a scaffolding. Pull down the scaffolding and go inside the now accessible sea can. At the end of the sea can is a Power Box. Destroy it to get the “Hiram’s Remorse” painting. 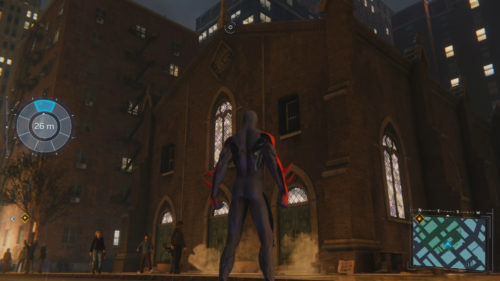 Head to the roof of this church and look for a stone steeple. 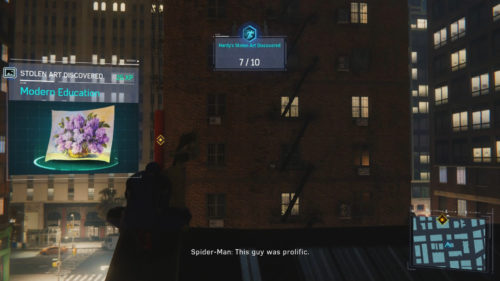 Destroy the church steeple to get the painting.

The final painting in Hell’s Kitchen is located along the southeast border of Hell’s Kitchen and Midtown. At the location, look for church. On top of the church is stone steeple. Pull down the steeple to get the “Modern Education” painting. 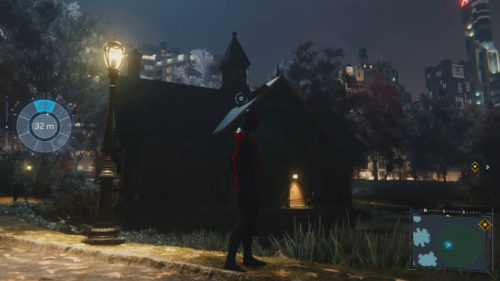 In Central Park, look for this building and make your way to the roof. 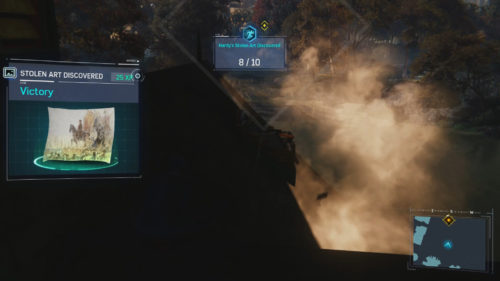 Destroy the chimney to get the art pieces.

There is one painting to collect in Central Park. This painting can be found in the northeastern portion of the park. Look for a brick building by a marsh. Make your way to the roof of the building and pull down the chimney to get the “Victory” painting. 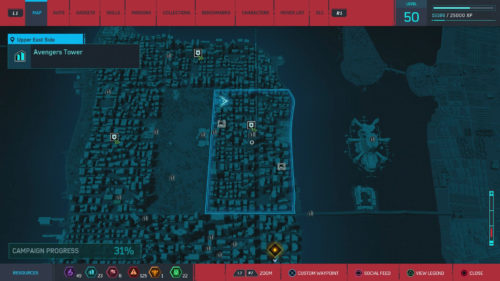 There are two painting in the Upper East Side district.

The final district with Hardy’s Stolen Painting in it is the Upper East Side. There are two paintings to collect here. 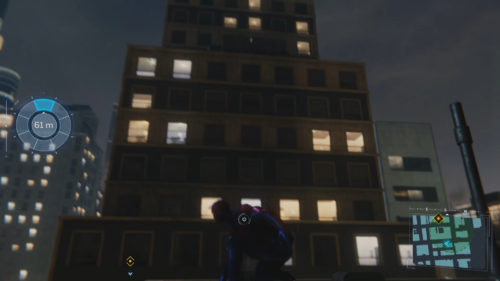 Look for this apartment building. 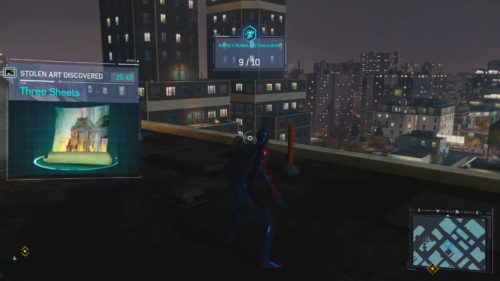 Destroy the vent on top of the apartment building to get the painting.

The first painting is located along the upper western portion of the district. To get to the painting, look for a large apartment building. On top of the building is a vent you can destroy. Doing this unlocks the “Three Sheets.” 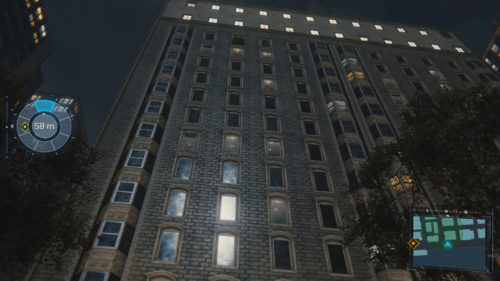 Look for this apartment building and climb its west facing wall. 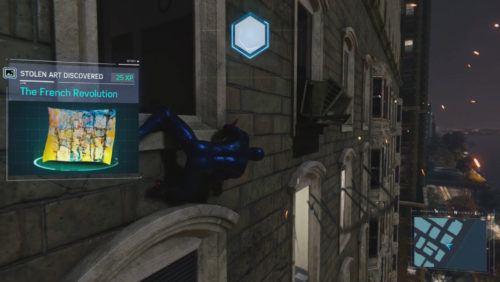 On the wall there is an AC unit. Destroy it to get the painting.

To find the final painting, head to the eastern side of the Upper East Side and look for the grey apartment building pictured above. Climb along the west facing side of the building to reach an air conditioning unit. Destroy the AC to get “The French Revolution” painting.

For collecting all the painting, you unlock the side mission Like a Fiddle. It turns out there is far more to Detective Mackey than meets the eye.