Everything in the Summer Twilight Event – Monster Hunter World 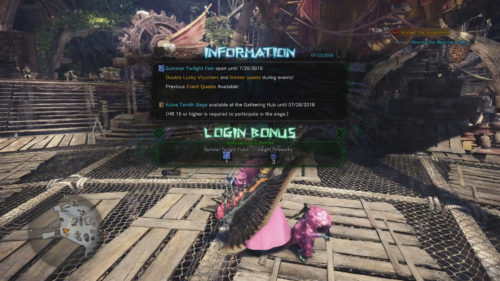 When you login during the Summer Twilight Event, you will receive a couple of event goodies. 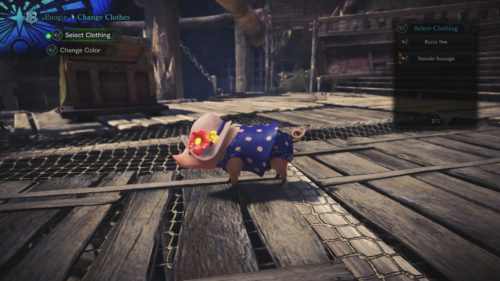 Your Poogie will receive a new outfit called the Seaside Sausage. 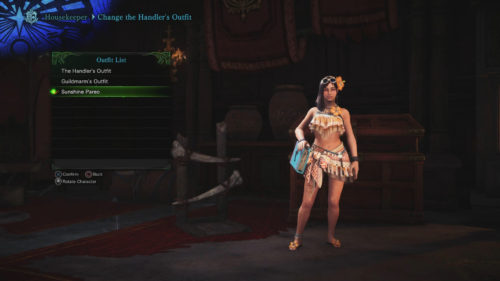 The Handler is wearing a very festive outfit. 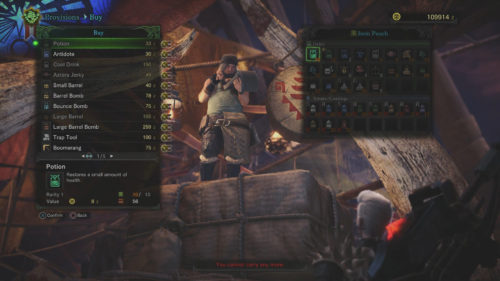 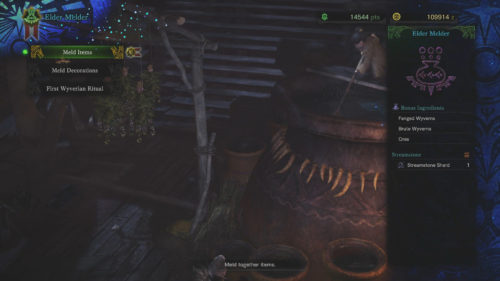 During the Summer Twilight Event, you will find the vendors will sell items at a discount. This means you can stock up on things like the Large Barrel Bombs for cheap. Items for sale are denoted by the medal to the right of them on the buy screen (most items are on sale). You will also notice that vendors like the Botanical Research Center and the Elder Melder are also offering items for lower prices. 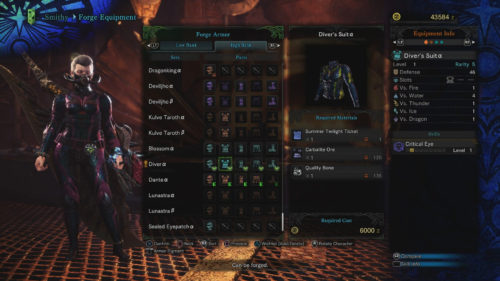 The Diver Armor is a new armor set that has been introduced for the Summer Twilight event.

Like previous events, there is a new armor set available to craft that is tied into the events theme. Since Summer Twilight is all about hitting the beach, the armor set is aptly called “Diver“. The Diver set comes in both Low Rank and High Rank varieties and can be crafted using the following recipes below: 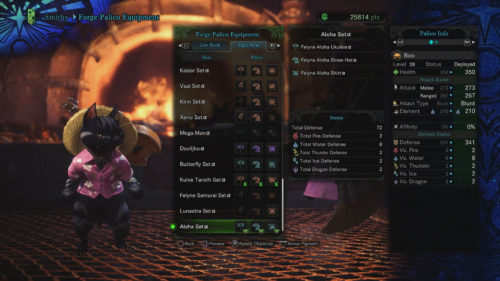 The Summer Twilight Palico set is called the Aloha Set.

Hunters aren’t the only creatures getting in on the summer action as your Palico also has a craftable event set called Aloha Set. The Aloha Set sees your Palico sporting a hawaiian shirt, straw hat, and Ukulele. To craft either the Low Rank or High Rank versions of this set you will need the material listed below:

All Past Events Are Available 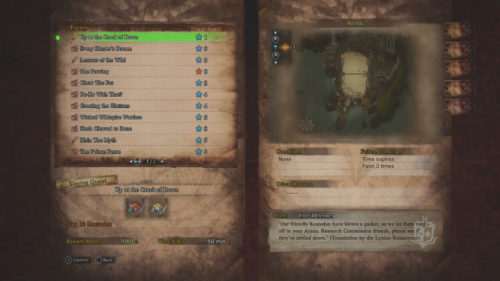 Like previous events, the Summer Twilight Event brings back a number of quests that had previously expired.

There have been a number of events which have occured since Monster Hunter World dropped back in January. Most of these events were on a short timer, meaning you probably missed a few. While the Summer Twilight Event runs, you will be able to access all previous Events that have occured in Monster Hunter World. This means you will be able to get the Aloy gear, Street Fighter gear, or whatever else you may have missed. Thanks Capcom!

Some Quests to Complete: 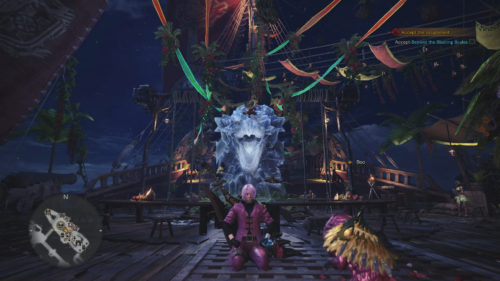 The Ice Rathalos is a nice visual addition to the Canteen.

The last part of the Summer Twilight update I will point out is that the Gathering Hub has been decorated for the occasion. As you can see, all the NPCs and the area itself are way more festive than normal. There’s also a giant Ice Rathalos in the Canteen that is being carved, because why not? Besides these added visual flairs, there is a new Summer Twilight Platter which you can purchase from the Canteen.

I will continue to update this guide to everything in the Summer Twilight Event in the coming days so check back for updates.

What do you think of this guide to everything in the Summer Twilight Event? Let me know in The Pit below.