After using the Vex Processing power, we learn that there’s still not enough power to determine where Panoptes is. Because of this, Ikura suggest we head to a time before the Infinite Forest existed in order to find an algorithm. The mission of finding the algorithm is called A Garden World, and is probably the best mission in the Curse of Osiris (imo). To begin this mission, head to Mercury. 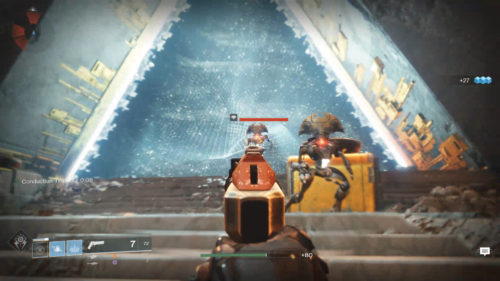 Enter the Infinite Forest and make your way to the second tower. 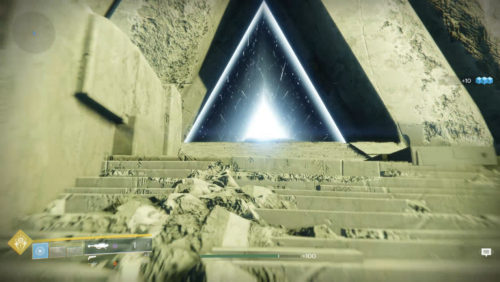 Make your way inside the second tower and use the portal to the past inside. 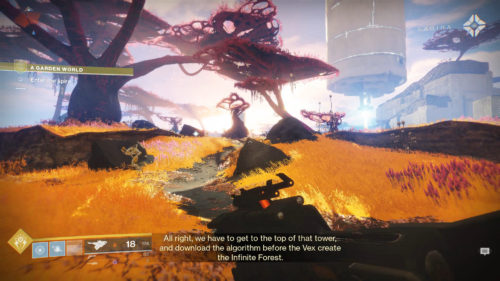 This is Mercury of the past which is where we will find the algorithm.

The first quarter of A Garden World involves heading into the Infinite Forest. As you know by now, you will need to traverse the Infinite Forest until reach a tower and use the tower’s portal to enter the simulation (like every other quest we’ve done so far). The portal will take you to Mercury of the past, which is where we will find the algorithm. 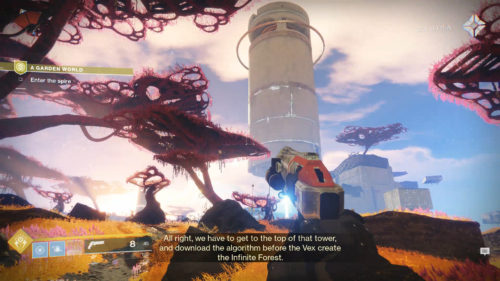 The tower you see in the distance is where we need to go.

Mercury past is a fairly large area with a number of Vex enemies. The primary means of traversal in this area is jump jets scattered about. Our goal in this area is to reach the tower pictured above. On top of the tower is the machine that makes the algorithm. 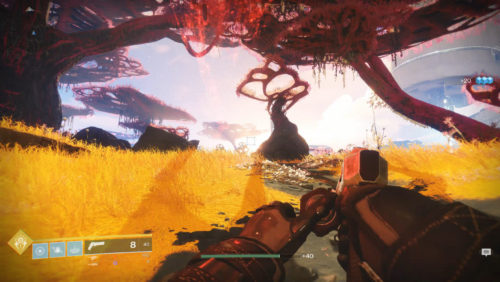 From the portal entrance, follow the dirt path until you reach an area with a number of Vex and a jump jet. 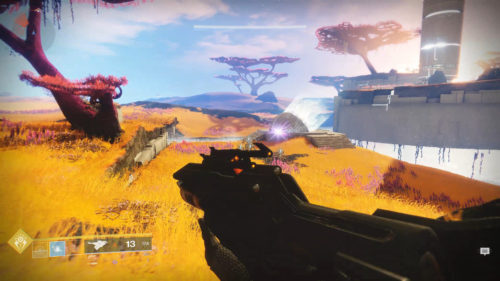 Use the jump jet to reach the next floatin island. 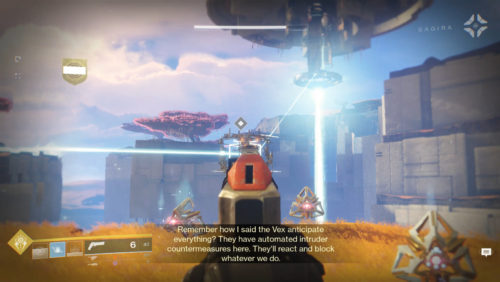 After taking the first jump jet, destroy the module on the floating island. Use the jump jet that unlocks to access the next island. 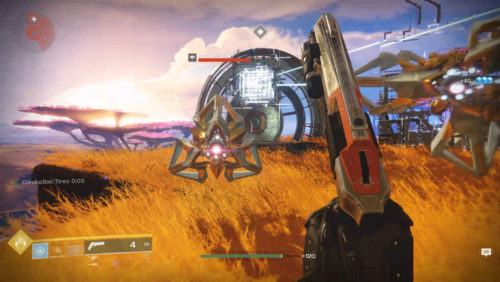 Destroy the module on the final floating island to unlock the last jump jet to the tower. 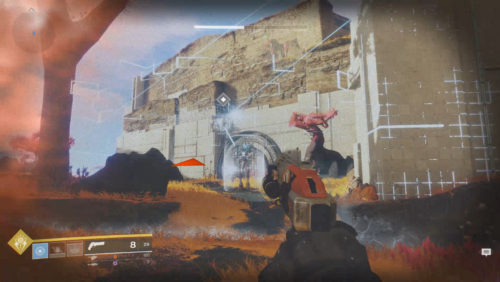 Destroy the first module and defeat the Shielded Minotaur. 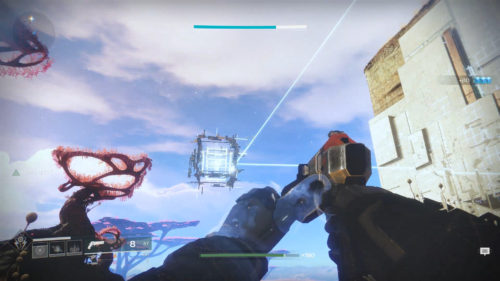 After defeating the Shielded Minotaur, destroy the second module to open the door. 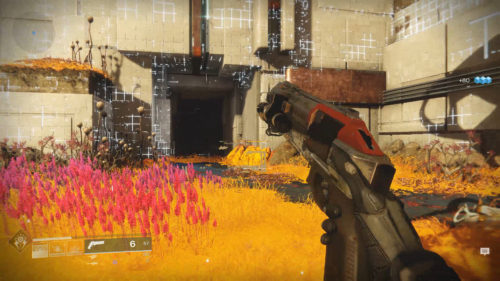 The door in this area opens when you destroy both the modules. Head inside.

Now that we’ve reached the tower, it is time to reach top. To do this, we need to make our way up using more jump jets. Before we can access the first jump jet, we need to destroy a number of modules. Some of these modules are tied to Shielded Minotaurs which need to be defeated before you can destroy the next one. In the first area, there are two modules to destroy in order to open a door. Destroy the modules and head through the door that opens. 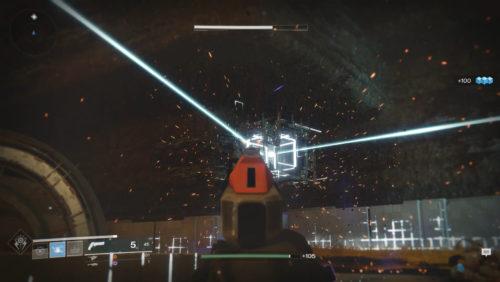 The third module you will want to destroy in the tower.

Continue into the tower until you reach a room in which a number of Vex will spawn. Inside this room you will a third module you will need to destroy. Destroy the module and continue deeper into the tower. 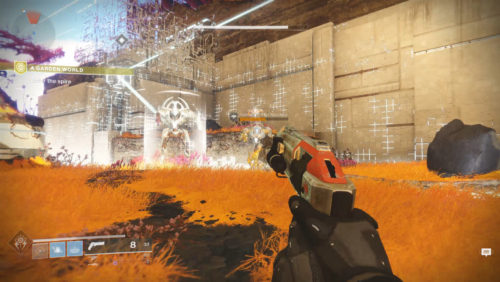 In the outdoor area you will find a Shielded Minotaur and two modules. 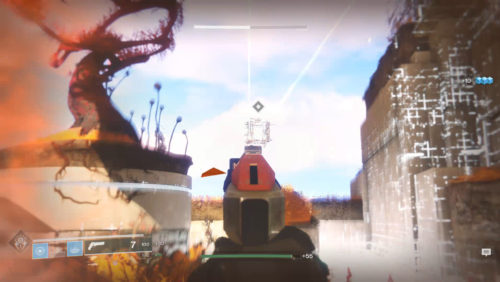 Destroy both modules in this area to unlock the jump jet. 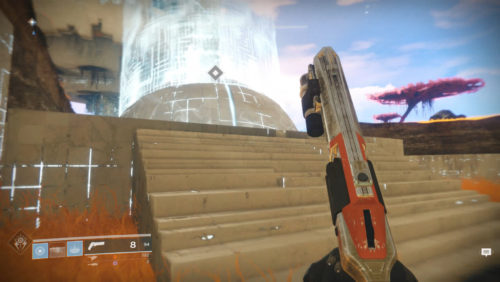 Use the jump jet in this area to reach the upper portion of the tower.

Eventually you will reach an outdoor area with a Shielded Minotaur and two more modules. Destroy the shielded Minotaur and both modules and use the now unlocked jump jet in this area to reach the upper portion of the tower. Make you way up the the inside of the tower, through the spire until you reach another jump jet. Use the jump jet get even further up and you will eventually reach another outdoor area. 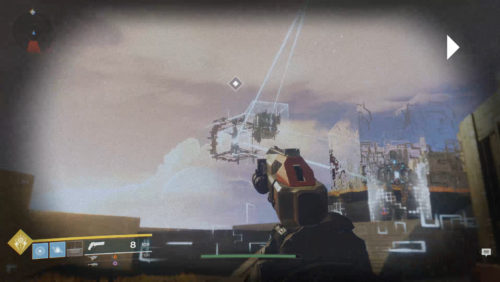 This area is exactly like the previous outdoor area we did. Defeat the Shielded Minotaur and destroy both modules to reveal the final jump jet. 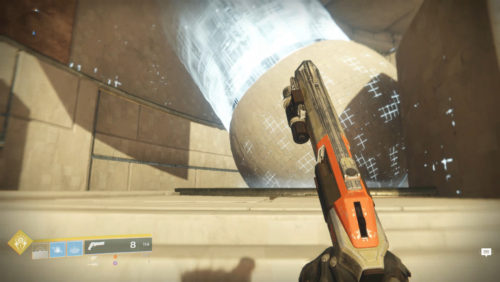 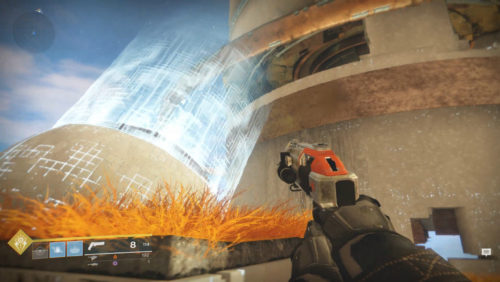 Like the previous outdoor sequence, you will need to destroy both modules as well as the Shielded Minotaur in this area. Once both are destroyed, you will be able to access the jump jet in this area. Continue through the next area and use the final two jump jets to reach the very top of the tower. We are almost done. 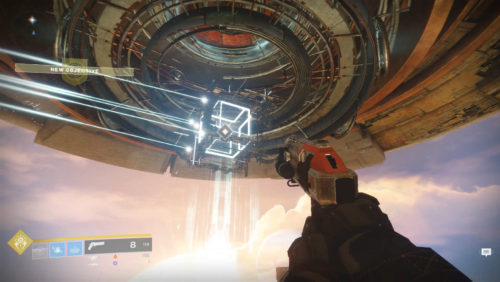 Destroy the module in the center of the room to trigger the Dendron boss fight.

When Dendron is vulnerable, dump your power weapon into it. 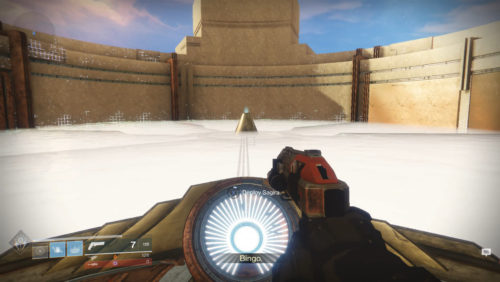 Interact with the console on the top of the tower to trigger a cutscene and the level’s end. 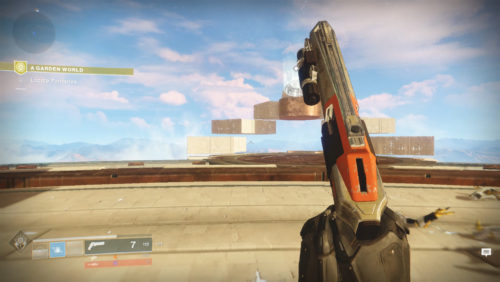 A platform with a jump jet will appear when you defeat Dendron.

At the top of the tower you will face off against Dendron, Root Mind. To start the boss fight, shoot the module in the center of the room. Dendron is a pretty simple, but time consuming fight. Basically what you need to do is deal damage to Dendron when it is vulnerable. Deal enough damage and Dendron will become invulnerable. At this point, adds will spawn in the arena including Shielded Minotaurs. Defeat the adds, rinse and repeat until Dendron is Deadron. When Dendron dies, a jump jet will appear that will take you to the very top of the tower. Use the jump jet and interact with the console here to trigger a cutscene. ONE LEVEL LEFT.

This concludes our Destiny 2 Curse of Osiris A Garden World quest guide. Any comments or suggestions? Let me know in The Pit below.