What are Lost Prophecies? 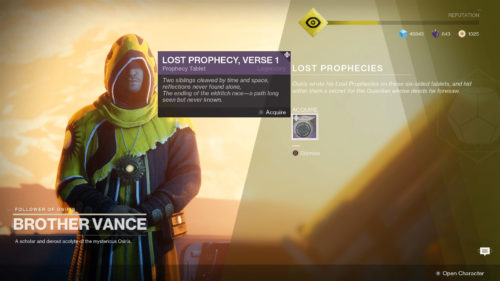 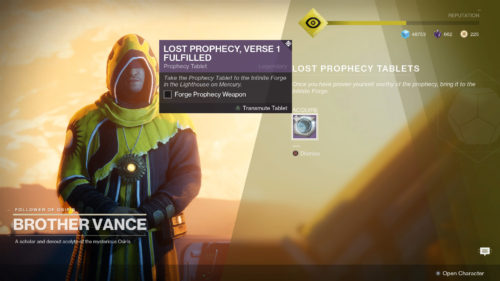 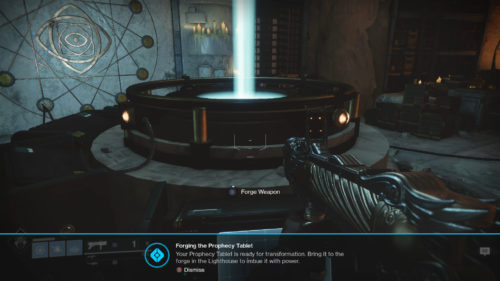 Use the Lost Prophecy Fulfilled at the Forge in The Lighthouse. 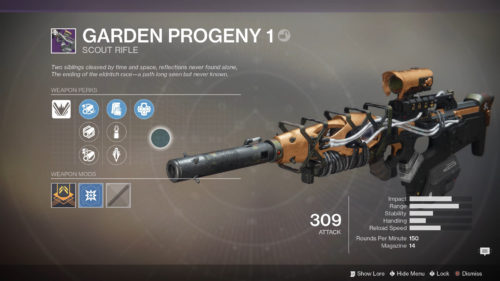 This is a Prophecy Weapon.

Descriptive Text: “Osiris wrote his Lost Prophecies on these six-sided tablets, and hid within them a secret for the Guardian whose deeds he foresaw.”

Verse 3 – “An army meets, and stands, and falls. Three nobles wage their hopeless war. In shifting madness, evil crawls. One stands above the battle’s roar.”

Verse 6 – “Amid the endless death one flew – Unnatural all-consuming need – And in the space between the two, accursed comprehension freed.”

Verse 10 – “See who’s robed as if a god, who stands with pride above the rest! Destroy this ancient nameless fraud! Destroy the one whose death was blessed!” 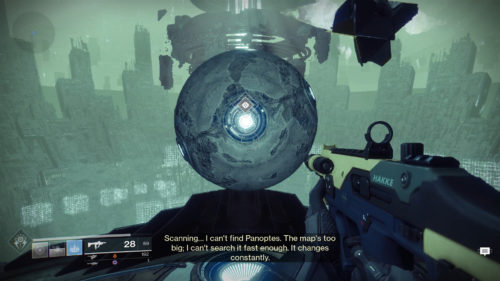 A level from the campaign in Curse of Osiris.

Before you will be able to unlock Lost Prophecies, you will need to have beaten the Curse of Osiris campaign. In total there are 8 levels to complete to do this. The levels are as follows (click the links for guides if interested):

Complete all eight missions and return to Brother Vance to trigger the next step in unlocking Lost Prophecies. 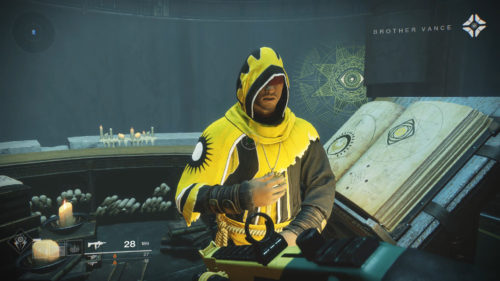 Brother Vance inside The Lighthouse.

After completing all three of the above adventures, you will once again return to Brother Vance. He will give some loot for your efforts and unlock Heroic versions of the adventures you completed. This will trigger the final step. 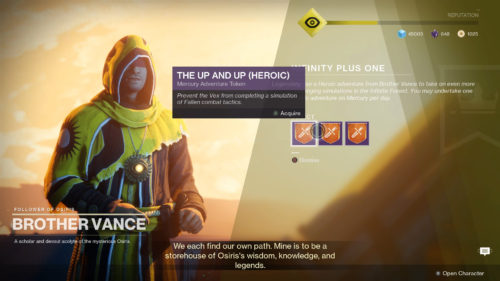 After you unlock Heroic Adventures, you will need to complete one to unlock Lost Prophecy. 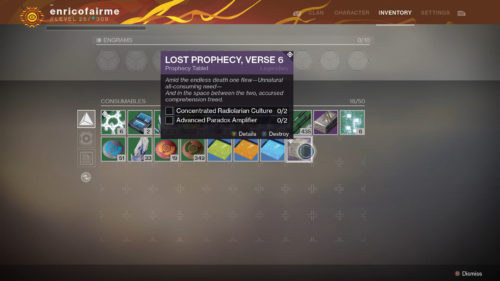 Hovering over the Lost Prophecy shows you the required offerings you need to collect to fulfil to prophecy. 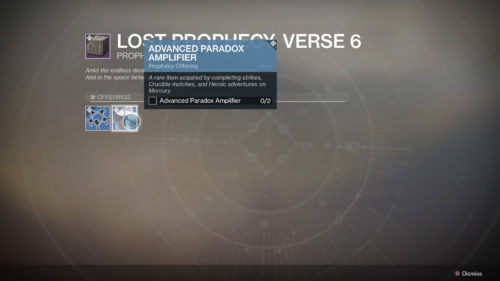 Advanced Paradox Amplifier is one type of offering. 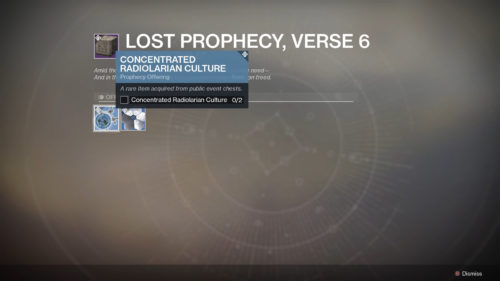 Concentrated Radiolarian Culture is another form of offering.

Acquiring offerings comes down to completing specific activities depending on which offering you are trying to collect:

Offerings come in either green or blue variety. Green variety is far more common than the blue variety (I’ve gotten one blue across three Prophecy Weapons crafted). If you collect 10x green offerings, you can return to Brother Vance and exchange the 10x greens + Legendary Shards for 1 blue offering. Some offerings require collecting both types of offerings, while others only require one type. You have use the blue offering in you inventory (can be lost if not the required offering), much like a consumable, in order to fulfill the Lost Prophecy you have equipped.

I will update this Curse of Osiris Lost Prophecy Guide soon. Drop some comments in The Pit.