So now that we’ve established that the entire world is gonna end, it’s time for us Guardians to do something about. Turns out a good way of finding your enemies is… a map? Ikora wants you to travel to IO and collect a map of the Infinite Forest. Sounds good to me. 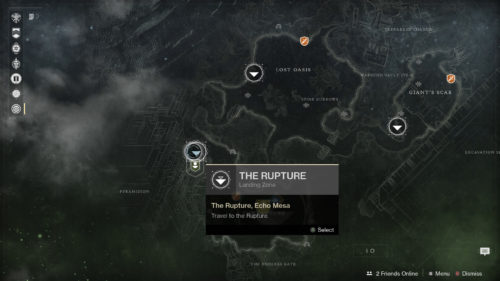 Head to The Rupture Landing Zone to be close to the quest marker. 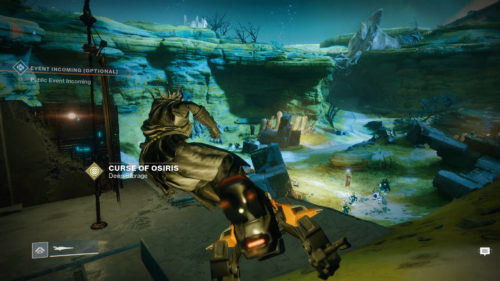 The Osiris flag is located near the Public Event area in The Rupture.

The quest Deep Storage can be accessed by making your way to the planet IO. Head to the The Rupture Landing Zone and make your way to Osiris marker on your map. Activate the marker to begin Deep Storage. 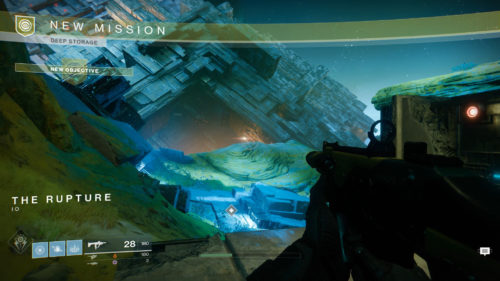 This is the Pyramidion. We are going inside it.

The goal of Deep Storage is to find a map of the Infinite Forest inside the Pyramidion. If you’ve played the Pyramidion Strike, you will immediately recognize a ton of the ground we are about to cover which should make things a lot easier. 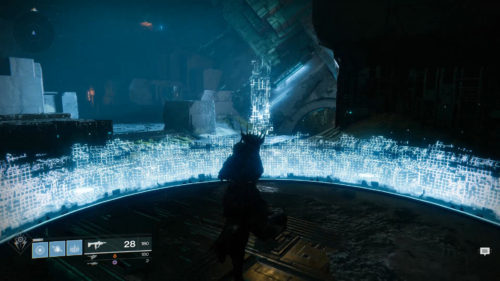 Stand on this plate until the conflux appears. 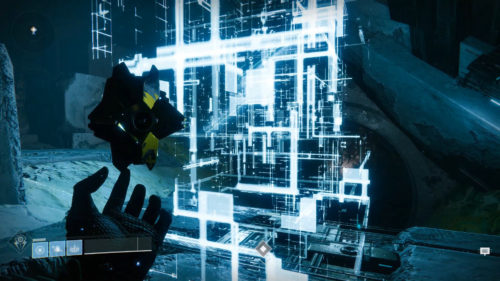 Interact with the conflux to open the door to the Pyramidion.

To enter the Pyramidion we need to open the door. This can be done by standing in the plate until it turns white and then interacting with the conflux that appears. Ikora will say to expect a Vex welcoming party, but no enemies appear. Head inside the Pyramidion.

Travel Through the Pyramidion 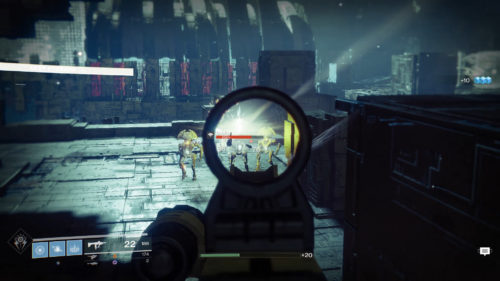 As you make your way to the first warp gate, you will face a number of enemy Vex. 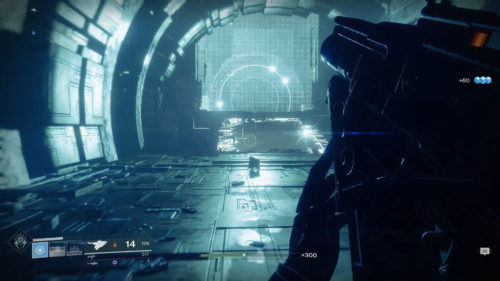 The first warp gate will take you to the wrong area. 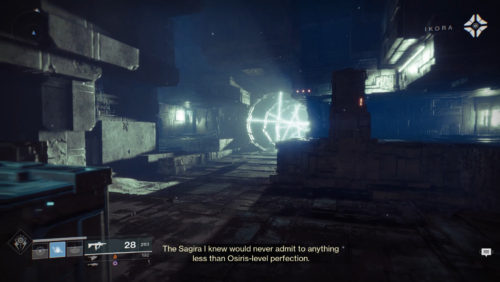 Make your way through the laser traps in this room to reach the second warp gate. 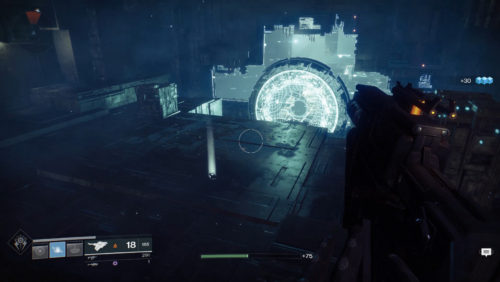 The second warp gate takes us to the correct location.

The next section of the level basically involves travelling through the Pyramidion until you reach a warp gate. Along the way, you will face off against a number of Vex. Once all the Vex appear to be cleared out, approach the warp gate and more Vex will spawn in behind you. Defeat them and enter the warp gate. Turns out Sagira miscalculated the jump and put you in the wrong area. Make your way through the laser traps until you reach a second warp gate. Head through this gate to reach where we need to be. 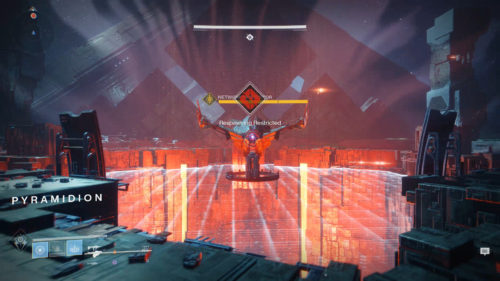 The Network Protector can be dealt with fairly quickly by using your power weapon or super.

After entering the second portal, you will warp to a room that suspiciously looks like a boss room… Turns out it is one. In this room you will face off against the Network Protector. The Network Protector itself isn’t a huge problem to deal with, but rather the adds that appear during the fight. I dealt with the Network Protector by shooting a couple of rockets at it and then focused my attention on killing everything else. Once you’ve killed everything in the room, the hole in the middle opens up and you can go down it. 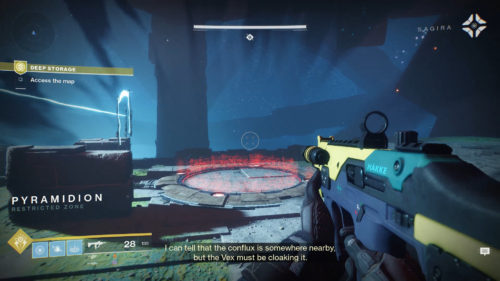 When you drop down into the area, activate both plates you see. 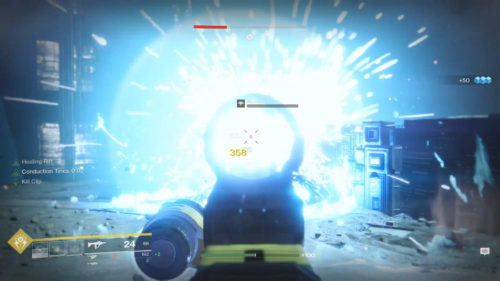 You will need to clear out all enemies in the area to proceed with accessing the conflux. 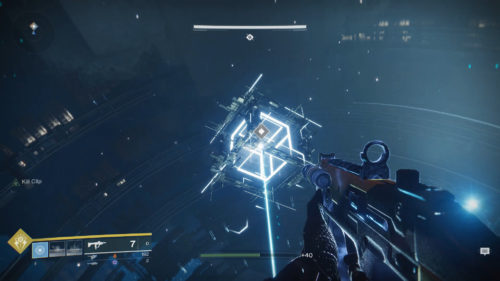 Once all enemies are dead, you can destroy the module. 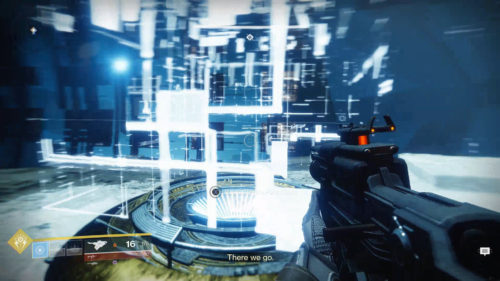 Dropping down the hole takes you to the final room of the Pyramidion that we need to access. Here you need to trigger both plates (like you did to open the door to Pyramidion), clear out all enemies, shoot the module, and then access the conflux that appears. After accessing the conflux we learn that there is no map here, but we learn where one is. Back to Mercury we go!

This concludes our Destiny 2 Curse of Osiris Deep Storage quest guide. Any comments or suggestions? Let me know in The Pit below.