Much of Monster Hunter: World sets you up to faceoff against Nergigante, the eater of Elder Dragons. This fight finally arrives when you reach the High Rank area of Elder’s Recess. Nergigante is a tough opponent, who can easily destroy you if you are not prepared. To help you get prepared for the fight, here is our Nergigante guide. In this guide you will learn about Nergigante’s weaknesses, its carves and rewards, how to fight it, and also see the Nergigante armor set. Let’s get started. 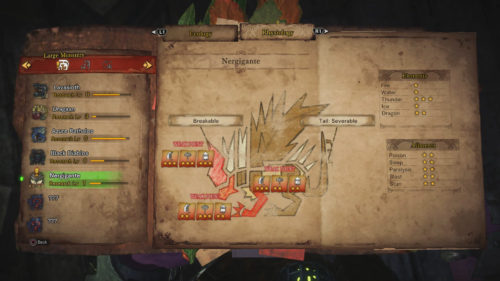 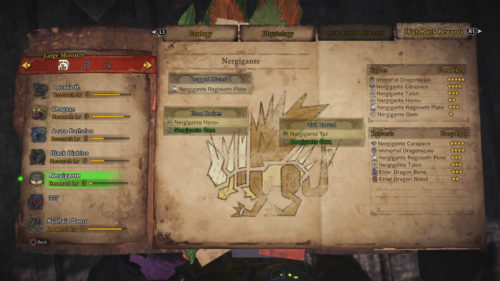 These are the Nergigante High Rank Rewards.

Hunting Quest Text: “The Nergigante’s eyed us from the far side of the Elder Crossing, but now we have a lead on its whereabouts. If we can study it, it may reveal the Crossing’s true nature.”

Characteristics: A terrible elder dragon that appears when other elders are in the vicinity. Its penchant for destruction is well-documented.

Spikes: Nergigante’s body is covered in spikes. These spikes serve as both protection and as deadly projectiles during the fight. Destroying the spikes on Nergigante will make some of its attacks less effective, but they will regenerate during the fight.

Nergigante is a hard monster to fight as it possess a wide range of available attack moves and can deal serious damage on almost all of them. Here’s Nergigante’s kite:

Nergigante is the hardest boss you will face in Monster Hunter: World. This elder dragon is both quick and deadly and can easily one shot you if you aren’t ready for the fight. Here are some tips to help you bring down the eater of elders.

The Nergigante α Set on a female hunter.

The Nergigante β Set on a female hunter.

Human: All Materials are Nergigante Carves/Drops unless noted. 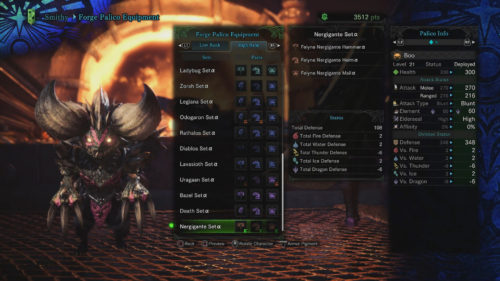 Palico: All Materials are Nergigante Carves/Drops unless noted.

This concludes our Nergigante guide. Wish to add something? Drop a comment in The Pit below.