Dark Souls 3 has some pretty fun boss battles. A few of the battles pushed my ability to the limit, which made finally succeeding feel incredible. The following is a list of my top five favorite boss fights in Dark Souls 3. Spoilers follow, so be warned if you haven’t finished the game. 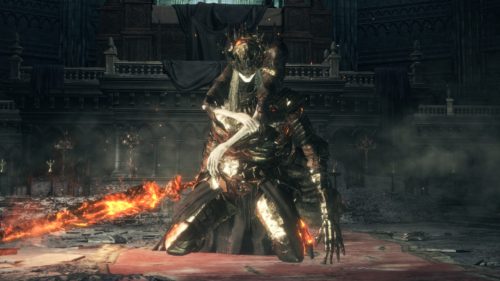 The Twin Princes’ fight was one of my more enjoyable battles. Initially you fight a crawling Prince Lorian, who has a greatsword and the ability to teleport around the room. Upon ‘killing’ Lorian, the second phase of the fight involves Lothric riding on the back of Lorian, lending more magically ability to his brother. Lothric also possess the ability to resurrect Lorian, so balancing attacking both targets was fun. The fight was pretty tough to go into blind, but like all bosses, the attack pattern slowly shows itself. I also like that each brother has there own boss weapon and that acquiring both, can create the Twin Princes’ Greatsword. What I really like about this fight is the lore around these characters. While I won’t go into lore here, this quote gives a good general idea, ” Their union is rooted in a curse, and perpetuated by grief.” 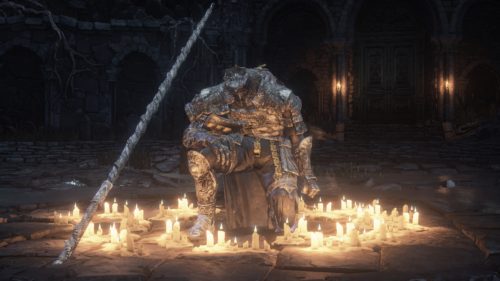 I would like to formally nominate Champion Gundyr for best move set of Dark Souls 3. Initially when entering the Untended Garden my first reaction was, “rehashed starting area”. I was so wrong. The lore side of the Untended Garden is really interesting and the inclusion of Champion Gundyr adds so much to the area. Having the area shrouded in darkness, was a brilliant decision by From. Gundyr is a champion who was late to a flame that was already extinguished and the area really captures that. Champion Gundyr utilizes a furious onslaught of attacks, leaving very little room for error. The pressure Gundyr puts on the player is intense. I loved having to time Estus drinks with dodging and attacking. Also can I just say his kick and shoulder charge are so good. The combination of mechanics and lore make Champion Gundyr fourth on my list. 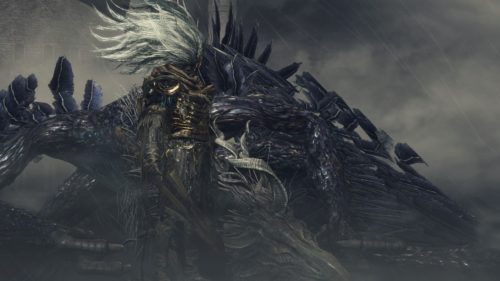 Nameless King was my hardest fight in Dark Souls 3. Something about his second phase attacks, threw off my timing completely and left me getting two – shotted regularly. However, with a little bit of perseverance, his timing gradually emerged and I finally defeated the King without a name. I would say Nameless King and Lord of Cinder have the best boss fight arenas. You ring a bell, step out on to clouds and face off against a King riding a dragon. How neat is that? As with the other bosses on this list, there is some pretty crazy lore here as well. This fight was my most satisfying to finish. 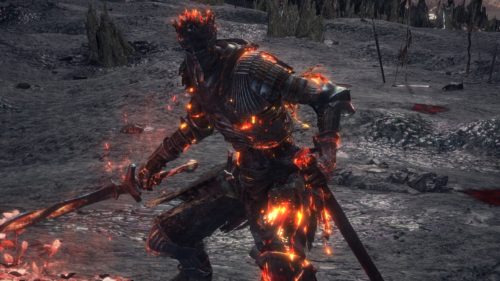 What a fitting last fight for the trilogy. The Soul of Cinder represents all the individuals who have linked the fire. I especially liked the first phase change up from sword to spear to staff to scimitar. This frenetic change of fighting style really kept me on my toes while fighting. If the first phase was not good enough, the second phase calls back to the individual who started it all Lord Gwyn. Much of the Soul of Cinder’s sword attacks are identical to those of Lord Gwyn’s which is a nice homage to the game that started it all, Dark Souls. There is heavy lore implications on the final fight and I can only imagine that it will be dissected for meaning as individuals determine what it all means. 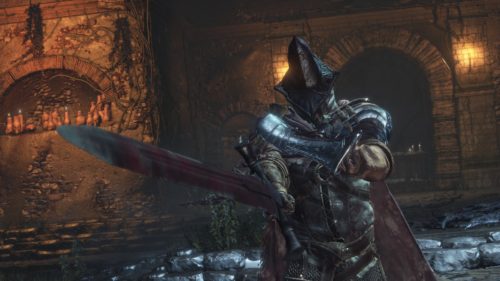 I love the Abyss Watchers. From their weapons to their armor, everything about this fight just makes me so happy. The mechanic of other Watchers rising and fighting one another is fun and can add to the strategy of the fight. The boss is hard, but fair. Each Abyss Watcher is incredibly nimble and possess a few gap closing moves. This style requires baiting out close combat combos before running away to heal. This fight was one of the few fights I found my self stuck on in my first play-through, but was very satisfying to finish. The idea that they are fighting one another forever is sad and adds to the bleakness of the world.

All photos were taken from the Dark Souls Wiki here.

What are your top 5? Let me know in the pit below.