Dark Souls as a series features a ton of interesting weapons and armor sets to collect. This equipment plays a vital role in keeping your character alive as you battle your way through the various bosses and enemies. Once you become more skilled, Dark Souls becomes less about stats and more about looking good. The idea of Fashion Souls, is to create a truly unique looking character. This can be done by combining various armor pieces together, or simply rocking a full boss armor set. As I have already counted down my favorite Dark Souls 2 weapons, I’ve decided to look at the armor side of the equation. Check out my Dark Souls 2 top ten armor sets below. 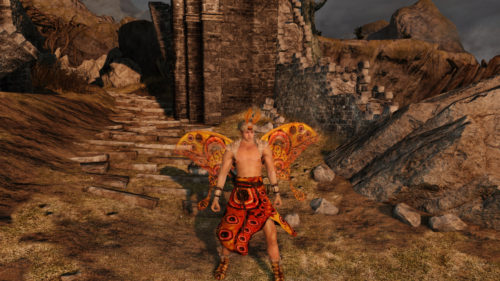 Description: “Little is known about the moon butterfly, which only appears on full-moon nights in winter. Some say the butterfly is a magical being, and its larvae have never once been spotted.”

The Moon Butterfly Set is probably the most trolly of the outfits on this list and that’s for good reason. The set itself looks like something someone attending Burning Man or an Ultra Music festival would wear. What makes the set especially fun is pairing it with the Channeler’s Trident, which allows the player to dance. This combo is incredibly trolly in PvP. 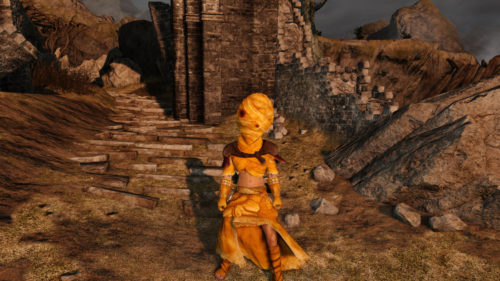 Description: “This blindingly-bright yellow costume is said to have been worn by Xanthous King. Perhaps the heinously towering head cloth crown served some purpose, or perhaps it was some strange display of power. Despite the costume being in near tatters, its yellow hues are mysteriously unfaded.” 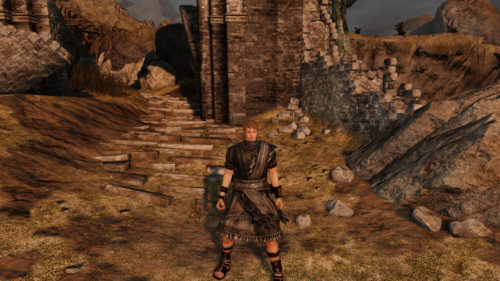 Description: “Robe/Cuffs/Kilt worn by Agdayne of the Undead Crypt. Life itself is suffering; or karma, as some have called it. The embrace of death awaits all things. But does death mean an end to suffering?”

I have a bit of a thing for armor sets that feel out of place in the Dark Souls universe, and Agdayne’s set is one of them. Dropped off of Agdayne in the Undead Crypt, the Agdayne set reminds me of Roman outfits. I also think that Agdayne’s set has one of the best description texts on any set in Dark Souls 2. 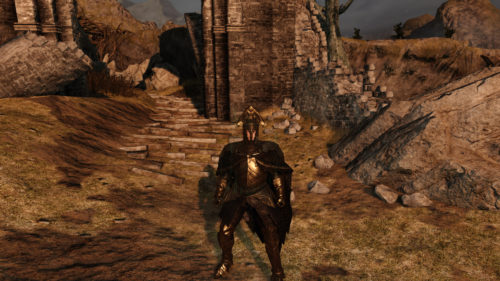 Description: “Helmet/Armor/Gauntlets/Leggings worn by the Royal Aegis. Originally imbued with the power of miracles, now soaked with dark after extended exposure in the Undead Crypt.
A knight from a faraway land was lured to this accursed land, but forgot even why he came, eventually reduced to a shadow of his former self.”

Veldstat served as the loyal bodyguard to King Vendrick who hide away in the Undead Crypts. In these crypts you must make your way past Veldstat in order to reach Vendrick. Killing Veldstat gets you access to his armor set. What is interesting about Veldstat’s Set is that the set itself references Garl Vinland from Demon’s Souls. Both enemies rock similar head wear and wield giant hammers. Because of this, I put Veldstat’s Set at seventh on my list. 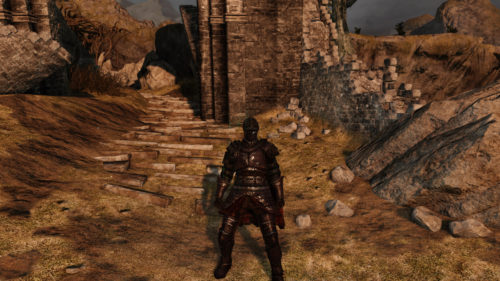 Location: The Crown of The Sunken King DLC

Description: “The Drakeblood Knights, who worshipped the blood of dragons, were led by Sir Yorgh in a siege of the Eternal Sanctum, but sunk into the Sanctum when the sleeping dragon awoke.”

The Drakeblood set is probably the most traditional looking set on this list. The appearance the set takes is that of a knight from the medieval ages. What I like about this set is the lore around the Drakebloods. Being a group of soldiers who worship the blood of dragons is pretty hip.