Home | Walkthroughs | How To Catch Mimikyu | Pokemon Sun and Moon

How To Catch Mimikyu | Pokemon Sun and Moon

Arguablly one of the sadder Pokemon within the series is the disguise wearing Mimikyu. When I first fought Mimikyu, I was surprised by the Pikachu bag/costume it was wearing. I was further surprised when I read the Pokemon’s lore. From the Pokemon Sun and Moon official site:

The rising popularity of Pikachu-styled merchandise around 20 years ago is the reason that Mimikyu makes itself look like Pikachu. In fact, this Pokémon is dreadfully lonely, and it thought it would be able to make friends with humans if only it looked like Pikachu.

Mimikyu is so lonely that it wants to be able to make friends with people. Somewhat relatable… Anyways, the guide below is how to find this mysterious and catch Mimikyu to befriend (and make  battle for you).

Where To Find Mimikyu

Mimikyu can be located on the Ula’ula Island of Alola in both Pokemon Sun and Moon. After you have made the trek to Ula’ula via the main story, you will be tasked with the next island challenge. This challenge can be found south on Route 14. Head all the way to the Aether House where you will meet some familiar faces. This triggers the start of the island challenge. 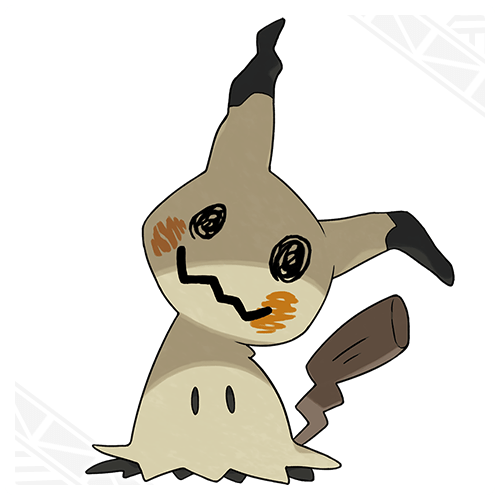 To catch Mimikyu is a bit of a test of luck. It appears Mimikyu is somewhat of a rare spawn so expect to fight a lot of Golbats, Haunters, and Klefkis before you run into one. Mimikyu is a Ghost/Fairy type Pokemon and can hit fairly hard, so come prepared. Treat the battle like any other. I recommend bringing along some type of status effect like sleep or paralysis to make capturing easier. Congrats on catching such a sad Pokemon you monster!

Any types on How To Catch Mimikyu? Let me hear them in the Pit below.