Anjanath is another monster you will hunt in Monster Hunter World. This bird/T-Rex looking Brute Wyvern is a difficult fight that can be found in both the Ancient Forest and Wildspire Waste locations. The Anjanath can be tracked by following its tracks along with following the mucus-like substance it uses to mark its territory. To learn more about the Anjanath and how to kill it, check the Anjanath guide below. 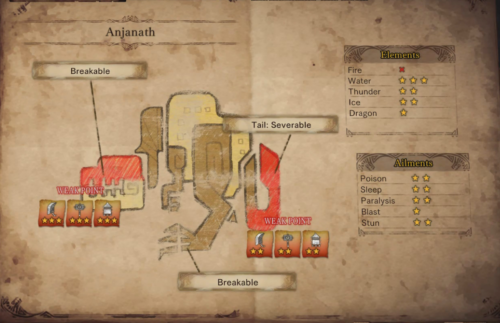 Check out the Anjanath Physiology for tips on where to focus your damage. 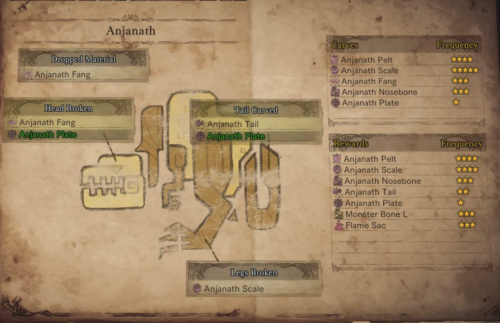 Here are the Anjanath Low Rank Rewards. See what this creature drops. 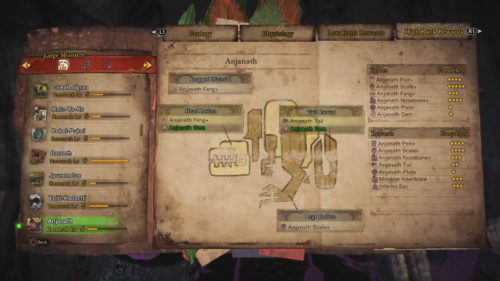 Hunting Quest Text: “As we’re gearing up to capture Zorah Magdaros, we need to secure Astera as much as we can. It’s too much of a risk to have the Anjanath roaming so close to base.”

Characteristics: The Anjanath patrols the Ancient Forest, looking for its favorite meal, Aptonoth. This belligerent monster will attack anything without hesitation.

Useful Information: Anajanath spits fiery blasts from its mouth utilizing a unique organ in its throat. Focusing your attacks on its throat will make battling it much easier.

Fireblight: Anjanath is a monster that can deal fire element damage. This damage can cause Fireblight, a status effect. When being afflicted with Fireblight, a small flame will appear over the hunter’s health bar (two for Severe), and the red health bar will turn red and begin to decrease. To cure this affliction, simply roll into water once, roll on the ground three times, or consume a Nulberry.

Anjanath is a hard hitting monster in the early game and has some of the more complicated attack patterns we’ve seen so far. It also goes through a sort of metamorphosis as you progress into the fight, as it sprouts wings. When the wings sprout, Anjanath becomes more mobile and deadly. Let’s take a closer look:

Group up. Kidding. This fight is totally doable in singleplayer, but it requires some planning. Here are some tips to conquer Annie. 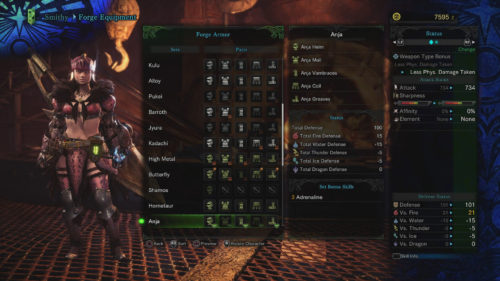 The Anja Set on a female hunter. 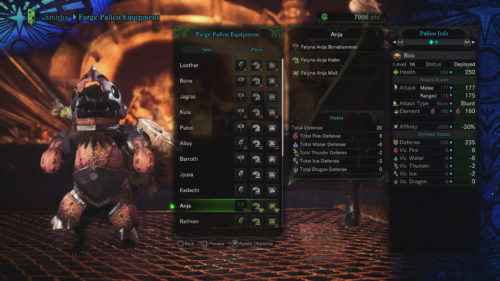 The Anja Set on my Palico.

The Anja α Set on a female hunter.

The Anja β Set on a female hunter.

The Anja Set α on my Palico.

What do you think of our Anjanath guide? Thoughts on the monsters in Monster Hunter World? Let me know in The Pit below.