Home » Walkthroughs » 5 Things to Do After Beating Spider-Man

5 Things to Do After Beating Spider-Man

So you did it. You faced off against Doc Octopus on top of Oscorp Tower and lived to tell the tale. After the epic conclusion to Spider-Man on PS4, you may be wondering what to do next? Well I’m here to help you answer that question. Here are 5 things to do after beating Spider-Man on PS4.

Get the Spider-Man Platinum Trophy 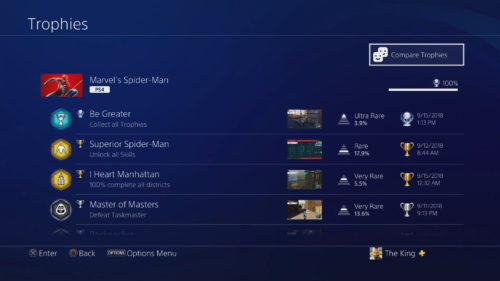 The Platinum Trophy for Spider-Man is surprisingly easy to get. Grab it once you beat the game.

If you haven’t done so already, I highly recommend grabbing the Platinum Trophy for Spider-Man. The reason I suggest this is because it is fairly easy to do, and it requires only a single playthrough to complete. To get the Platinum Trophy you need to complete 50 total Trophies. For a complete list of all Trophies, check out this post by PlayStation Trophies for a complete Trophy list.

Unlock Any Suits You Don’t Have 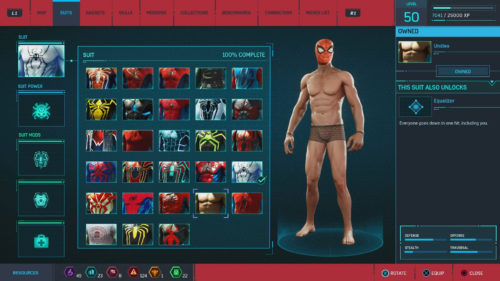 There are a total of 28 Suits to collect in Spider-Man.

The bulk of the Suits you get in Spider-Man can be acquired by by simply playing through the game. However, there are a few more difficult Suits to collect like the ESU Suit, Undies, and the Dark Suit. If you are looking for more stuff to do in Spider-Man and don’t have all the Suits unlocked, work towards unlocking them. Some of the secret suits are pretty fun. Note: click on each Suit above to go to a guide on obtaining it. 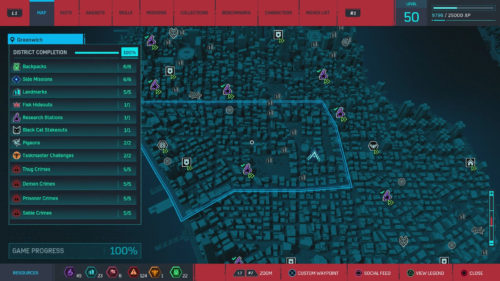 Each district in Spider-Man features a number of activities to complete. Completing each activity contributes to 100% the game.

Every district in Spider-Man features a number of activities you can complete. These activities range from collecting items to stopping crimes. Completing every activity in a district will 100% that district and contributes to your overall game progress. 100% every district is one step you need to complete if you want to unlock the Undies Suit. 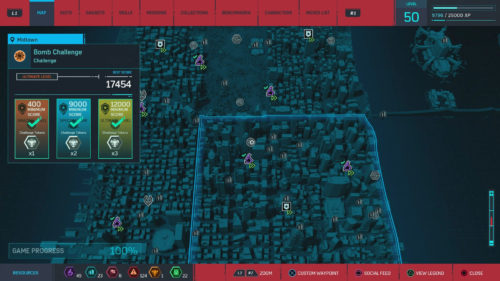 Taskmaster challenges are spread out across the various districts of New York. Each challenge tracks your score.

Taskmaster challenges are located across the different districts of New York. These challenges track your score and award you different levels depending on how you do. There are a total of three possible levels you can unlock: Amazing, Spectacular, and Ultimate. If you want to really challenge yourself, try to beat every Taskmaster challenge with an Ultimate Level score. 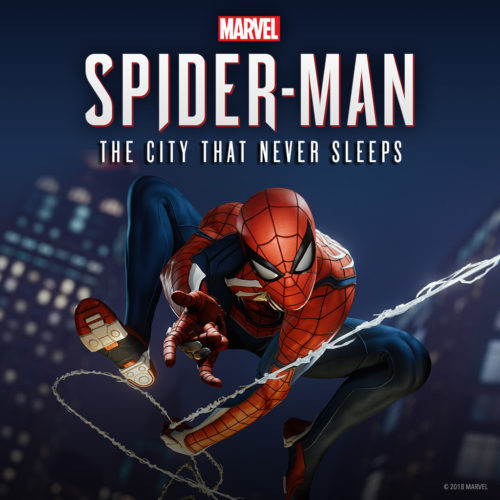 The upcoming DLC Expansion for Spider-Man is called The City That Never Sleeps.

If you’ve done everything on this list already, there really isn’t much endgame content left for you to explore. However, with that said there is a DLC pack called Marvel’s Spider-Man: The City That Never Sleeps that is designed to give players more Spider-Man goodness (for a price of course). In the DLC pack, players get access to three episodes: The Heist which is out now, Turf Wars releasing in November, and Silver Linings releasing in December. 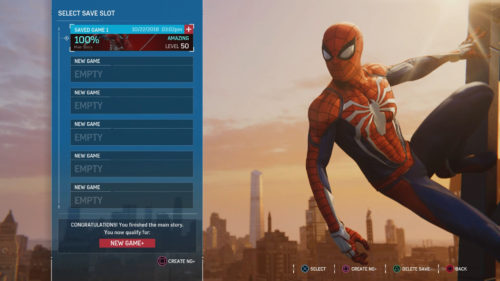 After you’ve beaten Spider-Man, you will have the option to enter NG+.

When I first wrote this post there was talk of a New Game Plus mode, but no signs of one actually releasing. As of update 1.07/1.08 it is now a thing. Basically in Spider-Man‘s NG+ mode you can bring all your suits, suit abilities, and everything else that makes you powerful in endgame with you into a new playthrough. Alongside the release of NG+ the studio has added two new achievements and a new Ultimate difficulty.

What are your 5 things to do after beating Spider-Man on PS4? Tell me in The Pit below.