There are a number of unlockable Suits in Spider-Man that players can unlock for themselves. These Suits usually involve collecting certain tokens and then using the tokens to craft whatever Suit is available. While all the available Suits appear under the Suits tab, there is one secret Suit that doesn’t. Called the ESU Suit, this Suit is Peter Parker wearing a Spider-Man mask and a t-shirt from his university. To help you get the ESU Suit for yourself, use the how to get the ESU Suit in Spider-Man guide below. 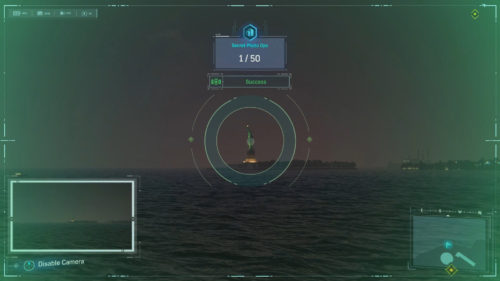 Secret Photo Ops are locations littered around the map that can be photographed.

To unlock the secret ESU Suit, you will need to find 50 Secret Photo Op locations throughout New York City. These locations aren’t marked on the map and typically require having a level 50 Suit Mod to find. With that said, I’ve thrown together a guide featuring all 50 locations here, so use it to collect all the Secret Photo Op locations (instead of waiting until level 50). Once you’ve gathered all the photos, it’s on to the next step. 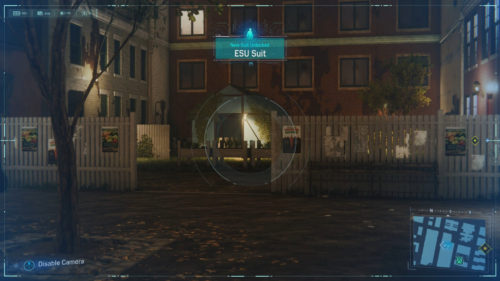 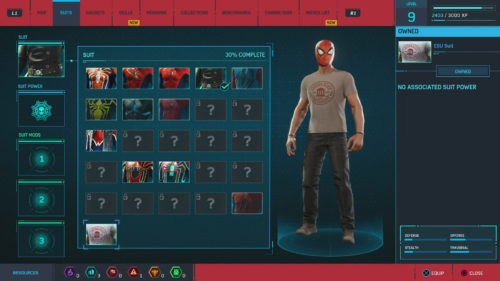 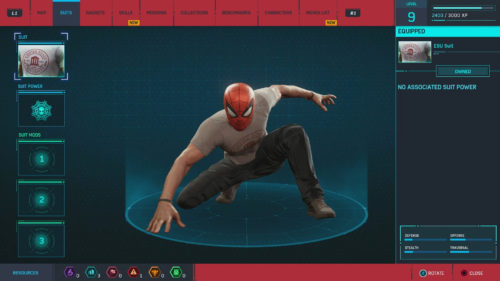 After you’ve collected all 50 Secret Photo Ops, you will receive the screen above notifying you that you’ve unlocked the ESU Suit. Head to the Suits menu and you will see it at the very bottom in a line of its own. The ESU Suit is Peter Parker in his Empire State University t-shirt and Spider-Man mask. There is no Suit Power attached to the ESU Suit, so it is simply an aesthetic unlock. Besides the Suit there is nothing else attached to completing the Secret Photo Op mission.

Thoughts on this how to get the ESU Suit in Spider-Man guide? Let me hear them in The Pit below.