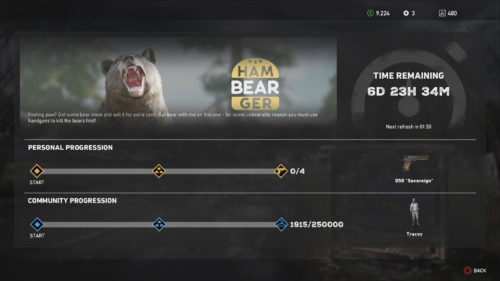 Before diving into actually completing the Live Event, let’s take a quick look at the live event’s progression and unlocks. You will need to complete a set number of bear kills in order to unlock the loot this week. Here are the numbers you need to hit:

The instructions for the Hambearger Live Event are as follows, “Feeling paw? Get some bear meat and sell if for extra cash. But bear with me on this one – for some unbearable reason you must use handguns to kill the bears first!” 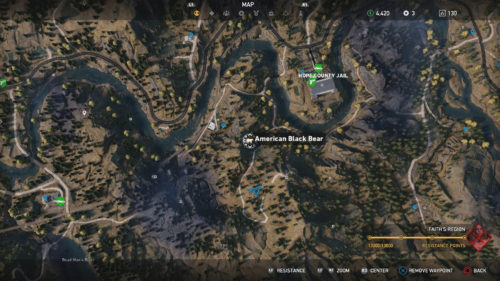 Before you head out to complete this Live Event, be sure you have a somewhat powerful pistol equipped. I went with a Magnum .44, but you can run with whatever you like. Once you have a handgun, head out to an American black bear hunting spot. 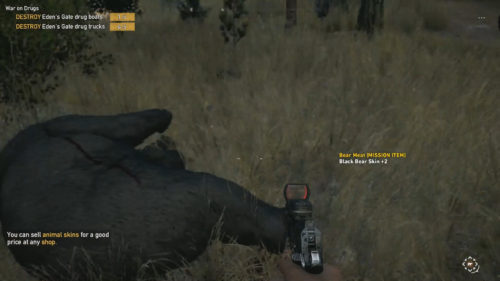 At the hunting spot, pop and Ultimate Hunter and wander around until you run into a bear. Kill the bear with your handgun, strip it of its Bear Meat (quest item). Repeat this process four times and you will complete the live event. 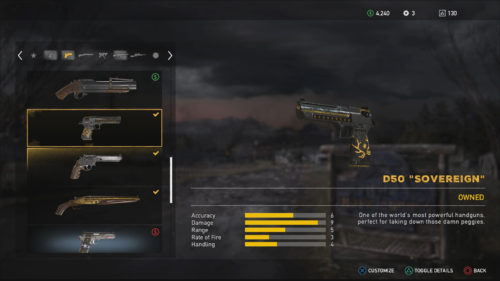 After you’ve hunted four bears (and the community has hunted 250k), you will receive some new loot to use in Far Cry 5. This new loot comes in the form of a new pistol called the D50 “Sovereign”, and the Tracey Outfit. To access each piece of loot, follow the steps below.

This week’s event is fairly simple to complete, but doesn’t really deliver any good loot. Yet another week of mediocre rewards from Far Cry 5. #FeelsBadMan.

Thoughts on this Hambearger Live Event Guide? Let me hear them in The Pit below.