Having reviewed the upcoming July schedule for game releases, I am once again finding myself limited in the games I want to pick up (I will be playing The End is Nigh). With nothing really peaking my interest, I am focusing on working through my gaming backlog. On the slab currently is horror/comedy/rpg/weirdness Deadly Premonition The Director’s Cut. Like Beyond Good & Evil, I figured I would throw a review together. Here is my Deadly Premonition The Director’s Cut review.

What is Deadly Premonition The Director’s Cut?

It’s hard to describe Deadly Premonition without one word, weird. The whole vibe of the game is like a zanier Twin Peaks/True Detective (First Season). FBI Agent, Francis York Morgan travels to the small town of Greenvale to investigate the death of 18 year old Anna Graham. What begins as a routine investigation, quickly turns bizarre as there is far more menacing powers at work in the small town. Throughout the investigation, York meets a cast of very eclectic individuals, one of which may be the killer.

Bugs, Glitches, and a Bad Port

Having spent roughly 24 hours working my way through Deadly Premonition The Director’s Cut on PC, I can easily say that the PC port is trash. I have never experienced so many glitches, bugs, crashes, soft locks, save corruptions, and general issues in any other game I’ve played. At one point, after losing my save file, I considered quitting my playthrough all together.

With the PC version being a few years old now, there are threads out there that help elevate some of the issues, but seriously, if you paid full price for this, I feel bad. The amount of time, effort and frustration that went into playing this game on Steam was not worth it. Due to the state of the game on PC, it may be wise to pick it up on console instead (I doubt it). 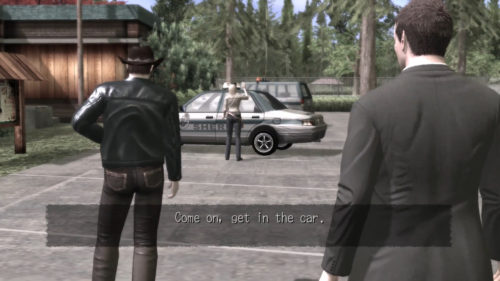 Greenvale normal is the most interesting as it is when you simply travel around the town doing whatever you like. You can do random tasks like fishing, sidequests like working in a Milk Bar, or pursue more of the main storyline. When Deadly Premonition shines is when you simply can do what you want and explore the zany town of Greenvale.

Accessing Greenvale can be by done by either walking or driving. Both walking and driving feel pretty clunky, but work competently enough. At times driving can take a while to get to the destination, but the character chatter is fun and interesting.

Overall if Deadly Premonition stayed more in Greenvale Normal, I would’ve enjoyed my time with the game. Unfortunately the game gets caught up on the ‘horror’ side of the gameplay equation and forces players into playing through Greenvale Nightmare levels. These levels are accessed by following the main story, and trigger when you enter certain buildings. I can confidently say, the Greenvale Nightmare portions of Deadly Premonition are the worst part of the game. 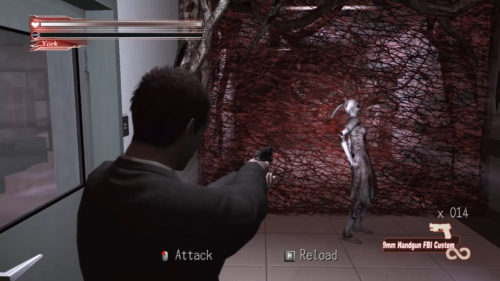 Greenvale nightmare is similar to something like Silent Hill. You arrive at a building in Greenvale and upon entering are taken to a ‘nightmare version’ of the building. Inside these buildings are zombie like enemies. Gameplay in the nightmare buildings is very samey. You arrive in the building, start profiling the crime scene, lack evidence and must search the building for evidence.

As you search for evidence, you utilize the combat system in Deadly Premonition. While reminiscent of other horror type games, the lack of polish in the PC version of Deadly Premonition, really made it feel boring and mediocre. I legitimately went through 20+ hours of playing Deadly Premonition without being able to aim vertically, only to find out that this is a bug due to not running the game in Win98 compatibility mode.

Aiming aside, combat takes the form of either melee, guns, or QTE. Melee involves wielding various items like pipes, guitars and so on, to smash on zombie heads. Guns are similar to melee, but give range. Both melee and gun combat is really simple and boring. You can aim and fire your way through the game with relative ease. The few enemy variants in the game don’t help combat much and means every combat situation can be approached the same way. I was gonna talk about the QTEs in game, but they all suck. 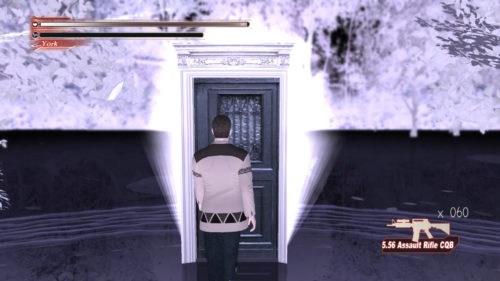 Dream world is exactly as it sounds. When York sleeps or progresses in the Storyline, he will enter the Dream World. Here you simply walk around and collect information or items. This part of the game is super linear, but does add some nice information to the storyline. 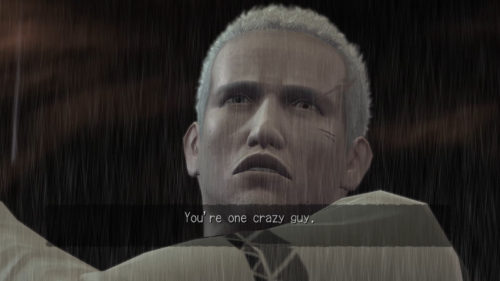 I loved the storyline of Deadly Premonition. The game is weird and bizarre at times, but this is part of its charm. Deadly Premonition has enough story there to have me jumping through hoops to play it. If Deadly Premonition went the form of something like Tales from Borderlands, I would have loved my experience. Unfortunately, the gameplay really bogs down what is an interesting and mysterious running narrative. By the time I was close to the end I just wanted to know what happened without playing the game.

To ensure those of you who play the game ain’t spoiled, I’m not going to touch on much of the storyline, but just know that you are in for a treat. What starts as a weird story, amps up to 11 towards the end and throws twist after twist at you. Like watching an episode of True Detective, I found myself constantly wondering who in Greenvale was the murderer.

Music – Weird and lacking in variety. There feels like only a few songs throughout the whole game.

Graphics – Not terrible, but I did use the recommended DPfix that was made by users.

Controls – Clunky at times, but overall do the job

Murders – Gruesome murders… Which are awesome.

– How bad the port is

Do you agree with this Deadly Premonition The Director’s Cut review? Let me know in the Pit below.