After completing the One for the History Books quest, you will unlock access to the Coral Highlands area. Here you will find a number of new monsters to slay, including the Tzitzi-Ya-Ku. This monster, looks similar to a Dilophosaurus in looks, but attacks way different. Want to know how to slay this beast? You’ve come to the right place. Check out our Tzitzi-Ya-Ku guide below. 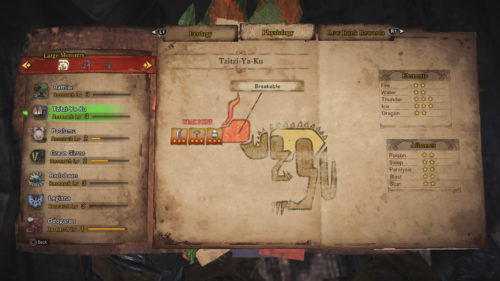 This is the Tzitzi-Ya-Ku Physiology report. As you can see, the creature only has a single weak point. 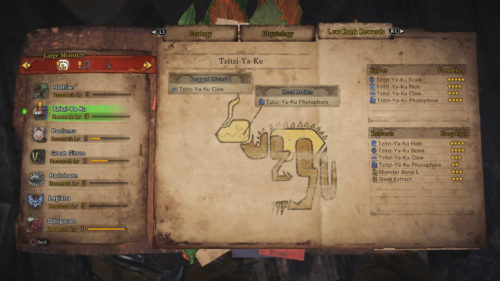 This is the Low Rank Rewards report on Tzitzi-Ya-Ku. 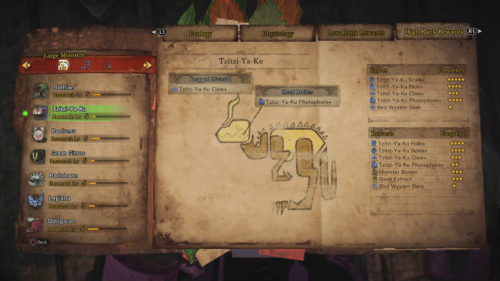 Characteristics: This odd monster blinds both prey and enemies with a special pulsing organ near its head. It then uses its strong legs to deliver finishing blows.

Useful Information: Tzitzi-Ya-Ku’s organs begin to radiate before it releases its blinding pulse, giving you enough time to escape and flank it. Damaging this organ will dramatically decrease the flash’s effective range.

Blind: Tzitzi-Ya-Ku has the ability of blinding other animals and hunters. This ability is activated when the Tzitzi-Ya-Ku head flaps expand and a bright light shoots out. If you are standing in the area of effect for the blind ability, you will be momentarily stunned (denoted by the two star symbol above the hunter’s health bar). In this state, you are unable to move unless hit, or you move left stick from left to right repeatedly, or you snap out of it when the status effect wears off.

Tzitzi-Ya-Ku is a relatively simple fight as it has a low pool of moves. As long as you dodge the Blind ability, you shouldn’t have any problems. Here’s what the Tzitzi-Ya-Ku is capable of doing:

The major focus you should have in this fight, is avoiding the blinding stunning. If you do this, Tzitzi-Ya-Ku is a fairly easy fight. Here are some more tips to help. 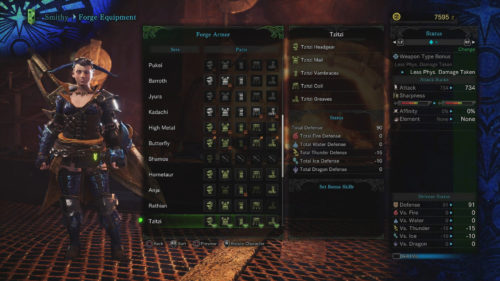 The Tzitzi Set on a female hunter.

The Tzitzi α Set on a female hunter.

The Tzitzi β Set on a female hunter.

This concludes our Tzitzi-Ya-Ku guide. If you have anything to add, drop it in The Pit below.