The Human Kite (AKA Kyle) 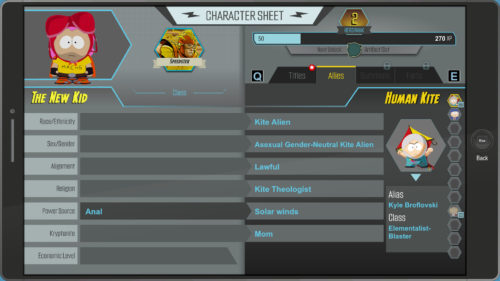 Having Kyle’s ally ability unlocked, allows you to use the various red/yellow fans you see throughout South Park to access higher areas. 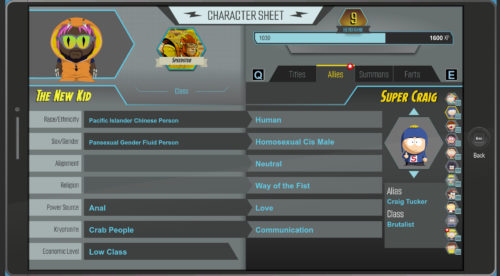 Religion: Way of the Fist 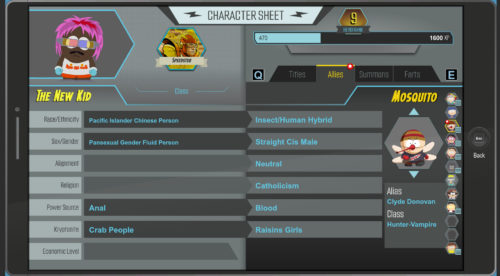 Mosquito is the third battle buddy you will add to your team. This is done by starting the Mosquito in a Honey Pot quest. You will have to head to Raisins to find Mosquito and help him escape his kryptonite. Completing this mission adds Mosquito to your available allies. 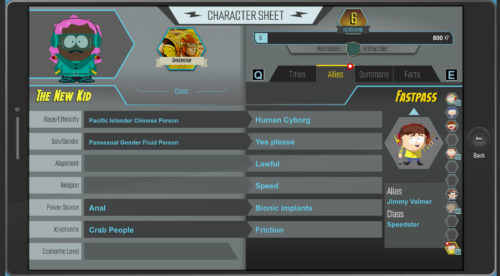 Fastpass is relatively easy to unlock. All you need to do is complete the Gotta Go Fast quest. This quest requires you to unlock fast travel points. Once two are unlocked. Jimmy will join your allies list. 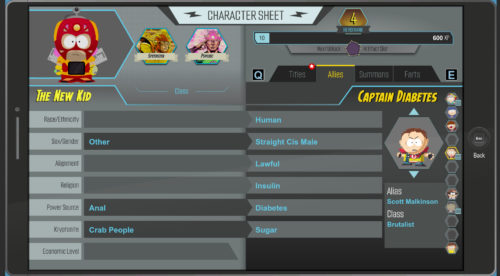 On the first night of South Park: The Fractured But Whole, you will gain access to Captain Diabetes. You don’t have to do any quests of anything like that. Simply follow the main story to unlock this ally.

Having Scott’s ally ability unlocked, allows you to push over the various green based objects you see throughout South Park to either access higher areas or reveal new paths.

The Coon (AKA Eric) 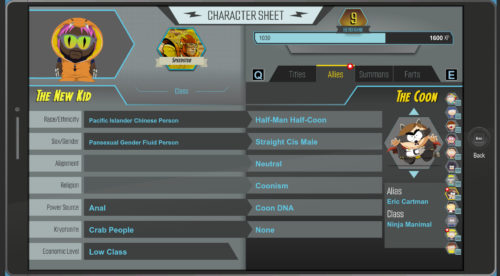 The Coon joins your available allies after you complete the Strip Club and enter the Italian restaurant.

Looking for some help finding all the Summons in South Park: The Fractured But Whole? I got you.

More of the South Park: Fractured But Whole allies can be found on the next page.