How to Get to The Arena in Assassin’s Creed Odyssey

Important: The Arena houses most of Assassin’s Creed Odyssey‘s endgame content. The recommended level to take on this mission is 25. 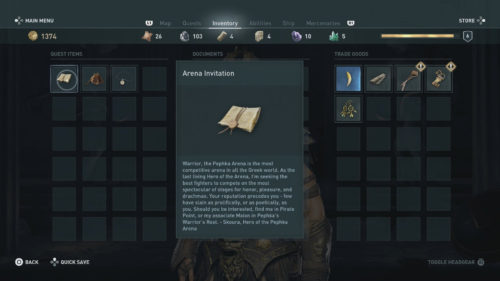 When you loot your first Bounty Hunter, you will receive this invitation to the Arena. 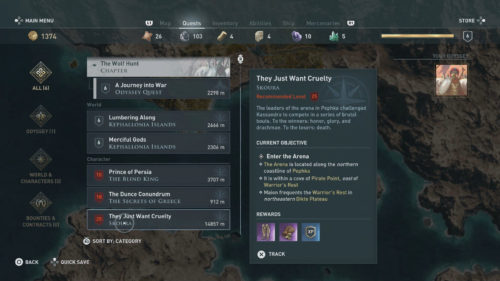 Receiving the invitation triggers this questline.

Where is the Arena? 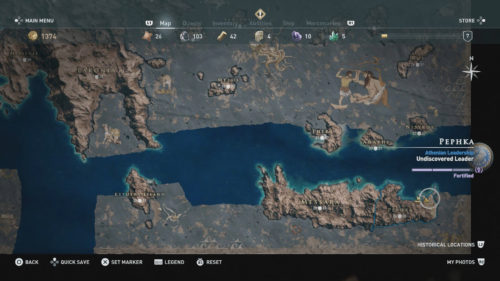 Here is the exact location of the Arena.

The Arena can be located on the Eastern coast of Pephka (island located at the bottom right corner of your map). The map above shows you the exact location. You will need to swim through a channel to reach the Arena area. This area’s enemies range from Level 22 to Level 50, so you definitely need to have gear to attempt completing the challenge. With that said, you can visit the Arena at anytime after Sequence 2. To start an Arena challenge speak with Skoura at the Arena Gates.

Who do You Fight in The Arena? 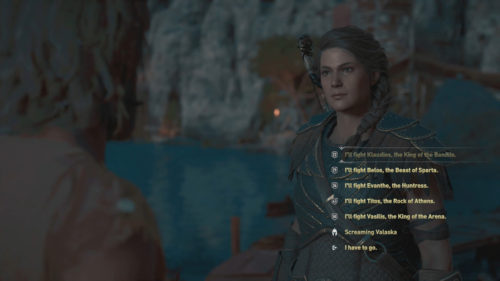 There are a number of enemies to challenge at the Arena.

When you reach The Arena you will be able to fight inside it for Legendary Gear (Gold), large sums of XP, and Achievements. Each arena fight is centered around a specific Champion. In total you will fight 5 Champions:

Since you can get Legendary Gear from fighting at The Arena, it is definitely something you should consider doing when you are strong enough.

Anything to say about our how to get to the Arena in Assassin’s Creed Odyssey guide? Speak out in The Pit below.