Where to Sell Items in Assassin’s Creed Odyssey

In Assassin’s Creed Odyssey you will spend a lot of your time acquiring gear and items that can be sold for Drachmae. Drachmae is useful for a number of different things and should be acquired every chance you get. If you don’t know what to do with your old gear or trade goods, you’ve come to the right place. Below I will show you where to sell items in Assassin’s Creed Odyssey.

Sell Your Items to the Blacksmith 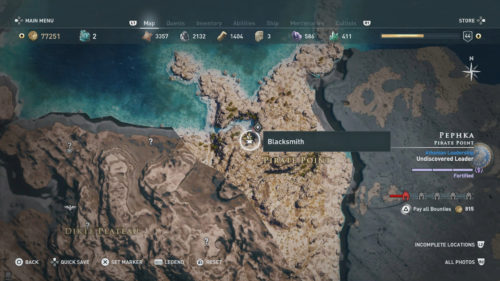 Look for a Blacksmith in the major cities. 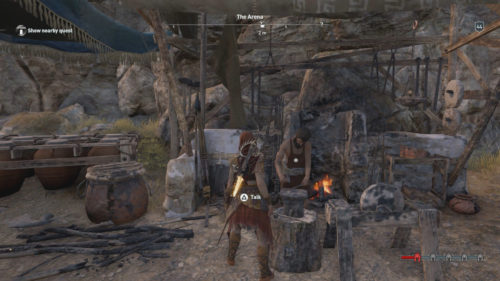 The Blacksmith is the vendor to sell your items to. 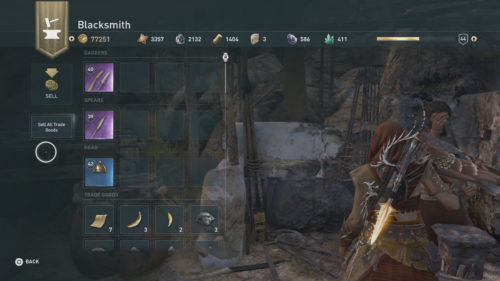 The Blacksmith will buy almost everything you are selling.

Every major city in Assassin’s Creed Odyssey features one sole vendor, the Blacksmith. Denoted by a hammer and anvil symbol on your map, the Blacksmith is your number one spot for selling old gear and trade goods. To sell to a Blacksmith, approach one and speak to them. When you speak with them they a menu will appear with four options: Buy, Sell, Upgrade, Engrave. Select Sell to access your inventory. From this screen you can sell your various weapons, armor, and trade goods. To sell in bulk, select the Sell All Trade Goods button on the left side of the screen. If you are flush with materials, selling items is a good way of earning some Drachmae.

Items You Can Sell

If you don’t want to sell your old armor and weapons you can dismantle them for parts instead. Trade Goods on the other hand, have no other purpose than to be sold for Drachmae.

Playing through Assassin’s Creed Odyssey? We have a number of guides to help you, including how to decorate you ship, how to reach the arena, how to get wood, and more. Check them out in the links provided!

Did this where to sell items in Assassin’s Creed Odyssey guide help you? Let me know in The Pit below.