Home » Walkthroughs » Where to Buy MyPLAYER Boosts in NBA 2K19

Where to Buy MyPLAYER Boosts in NBA 2K19

In NBA 2K19 it is often beneficial to have active boosts on your MyPLAYER. These boosts help to improve certain player abilities for a limited time and can come in handy when you are trying to beat certain opponents. So where do you buy MyPLAYER boosts? Check out the where to buy MyPLAYER boosts guide below to learn everything you need to know.

Go to the Buy Boost Stand in the Neighborhood 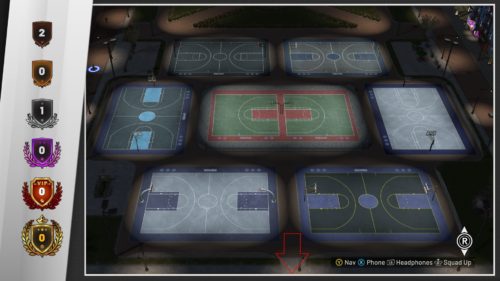 The MyPLAYER Buy Boost stand is located on the opposite side of the Neighborhood from your MyCOURT High Rise. 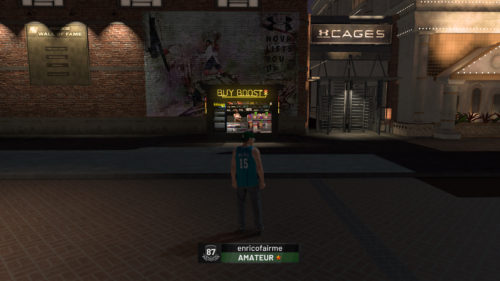 The Buy Boost Stand is fairly hard to miss. Look for it near the Cages and Pro-Am stadium.

Inside the Neighborhood you will find a number of stores selling various goods for you MyPLAYER. To buy boosts you want to head to the Buy Boost stand across from your MyCOURT high rise. To get a better idea of the exact location of the stand, check out the pictures above.

What do They Sell at the Buy Boost Stand? 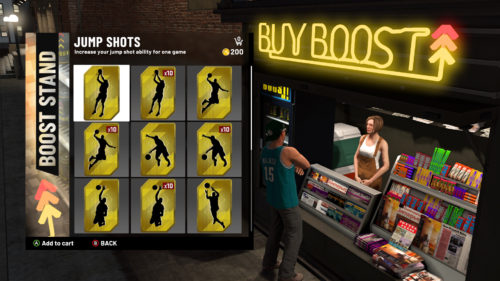 The Buy Boost Stand sells a number of player boosts.

As mentioned above, the Buy Boost Stand sells a number of temporary MyPLAYER boosts which impact certain player attributes. These boosts can allow you to play better during games. For a complete look at everything for sale check out the list below.

Single use boosts are boosts which apply for a single game. These boosts cost 200 VC to purchase and last for one game. The boosts you can buy in single use are:

Ten pack boosts are exactly as they sound. These packs of boosts cost 2000 VC and last for ten games. The ten pack boosts you can purchase are:

Anything to add to this where to buy MyPLAYER boosts in NBA 2K19 guide? Let me know in The Pit below.