The Pukei-Pukei is a Bird Wyvern you fight in Monster Hunter: World. The monster is first introduced in the quest, Pukei-Pukei Hunt. This large, bird-like creates appears to be a combination of a chameleon, frog, and bird. To track this creature, follow the Feathers and Footprints to find this monster. Use this Pukei-Pukei guide to learn more about the creature and how to kill it. 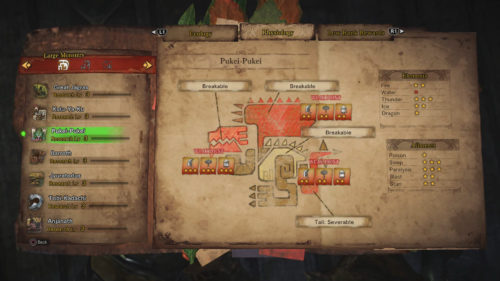 Here we have the Pukei-Pukei Physiology report from the Ecological Research center. Check the report to see the beasts weak points. 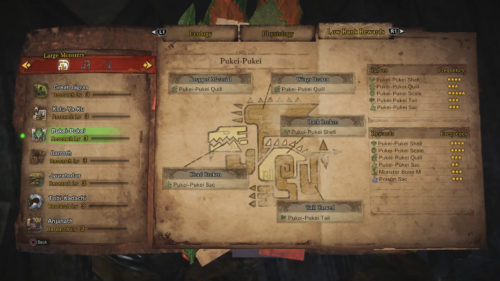 This is the Pukei-Pukei Low Rank Reward report from the Ecological Research center.

Hunting Quest Text: “That Pukei-Pukei is none too pleased to have that slag in its territory. It’ll be even less pleased if we send in our own scholars to research it. Looks like we have to put it down!”

Characteristics: A flying Wyvern known to possess poisonous toxins in its body. It’s been spotted storing scatternuts in its mouth or tail, coating them with poison and spitting them out at threats.

Useful Information: Observational reports state that Pukei-Pukei will bully weaker monster but cower before bigger, stronger monsters. It’s prone to retreating at the first sign of danger, so use that to your advantage.

Pukei-Pukei is a relatively easy fight if you have antidotes. The monster itself has a few attacks, but nothing really crazy. It serves as a good introduction to dealing with poison element monsters. Let’s take a look at attacks below:

Pukei-Pukei is the first fight you will face where the monster can deal a damaging status effect to you. This means you can easily die if you aren’t prepared or take the fight lightly. Here are some tips to make things a bit more manageable: 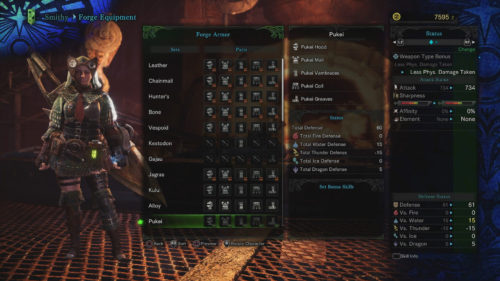 The Pukei Set on a female hunter. 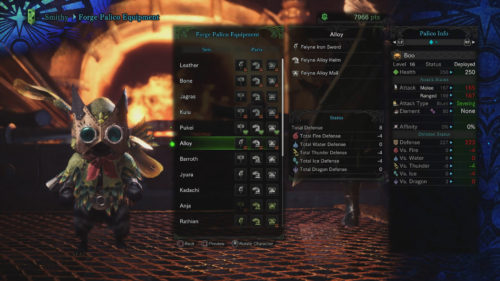 The Pukei Set on my Palico.

The Pukei α Set on a female hunter.

The Pukei β Set on a female hunter.

Human: All Materials are Gathered/Farmed unless noted.

The Pukei Set α on my Palico.

Want to add to this Pukei-Pukei Guide? Hit us up in The Pit below.