How to Sign Up For Fortnite Mobile iOS Invite Event

Earlier today, I covered the big announcement out of Epic Games regarding Fortnite Mobile. If you read that post, you will know that Fortnite Mobile is coming to iOS and Android sometime in the future. Before the game’s release, Epic is using an invite system for players wanting to get into the game in its early stages. Currently, the Invite Event is only available on iOS device (I will update you once Android goes live). Below you will learn how to sign up for Fortnite Mobile iOS Invite Event. Update – Codes for the Fortnite Mobile iOS event have now started being sent to players. 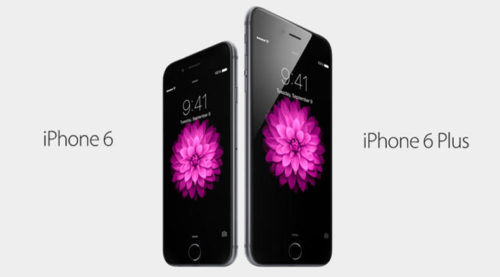 As mentioned above, the invite event is currently only available to iOS devices. This means to participate you need at least an iPhone 6S/SE, iPad Mini 4, iPad Pro, iPad Air 2, iPad 2017 device. You will also need to have access to an internet connection as the game is constantly online. 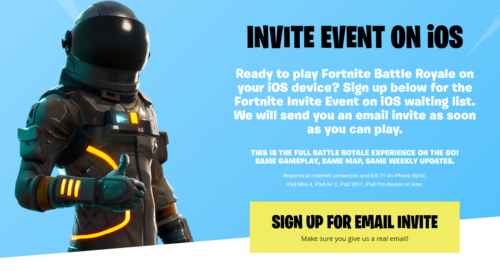 Signing up for the iOS Invite Event has now gone live. To sign up, head over to this website and click the sign up for email invite link. Select whether you play Fortnite already or not. This will prompt you to either login with your Epic Games account or create one. Once complete you will be prompted to select your mobile device from a dropdown menu. Selecting Apple devices will sign you up for the Invite Event, while selecting Android devices will show that Android support is coming in the next few months. Once completed you have a chance to become one of the lucky few who gets into the first wave of access for Fortnite Mobile.

Form the Fortnite announcement, it doesn’t seem like the first wave of invites will be all that large. If you do get invited, you will receive an email with a link to download the game from the App store. Those who get invited will receive friend invite codes they can share with others. If you don’t get invited in the first wave, Epic assures players that more players will be added to the event regularly over the coming months.

Update: Codes are Now Being Sent Out

As of March 15, invite codes have begun hitting players inboxes. Those who have received codes also get a number of extra codes which can be shared with friends or other players.

Fortnite Battle Royale is currently available on PC, Xbox One and PS4.

Did this how to sign up for Fortnite Mobile iOS Invite Event guide help you? Let us know in The Pit below.