Another monster you will find lurking inside the Rotten Vale, is a beast named Great Girros. This large, fanged wyvern, is capable of paralyzing you and has a number of minions aiding it during the fight. To help you bring the Great Girros down, use the Great Girros guide below. 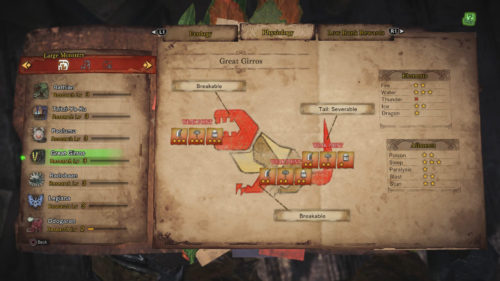 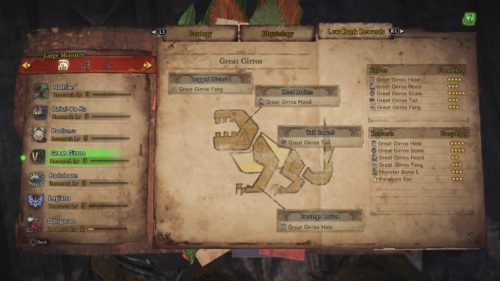 Check out the Great Girros Low Rank Rewards report to see what this monster drops. 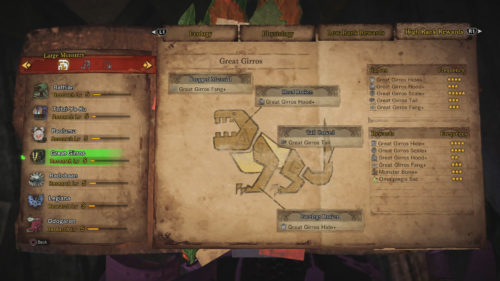 Storyline Quest: N/A – Optional (Can be fought during the Rotten Vale Expedition)

Characteristics: A monster that scavenges for meals dropped from the Coral highlands. It acts as the alpha leader of a Girros pack, and sports giant fangs that paralyze its prey.

Useful Information: Taking down lesser Girros will make the rest of the pack scatter, and should be a top priority. Breaking the fangs of a Great Girros will make its paralyzing agent much weaker.

Girros: In this fight, you will need to face the Great Girros as well as a number of Girros adds throughout the various areas of Rotten Vale. These adds make the fight more awkward, but do not deal very much damage. Watch out for Toxic Gas in this area as it will lower your maximum available HP if exposed to for long periods.

Paralysis: Great Girros can cause paralysis to the hunter with its spit attack and slam attack. Paralysis causes the hunter to be immobilized for a period of time. The visual indicator of this status effect is the lightning symbols above the hunter’s health bar.

Great Girros is a relatively easy fight, as long as you avoid getting paralyzed. In this fight watch out for these attacks:

*If I missed an attack, let me know in Pit below.

As long as you take care of the adds, I find this fight to be fairly easy to complete. Along with this tip, here are a few others to help you through the fight. 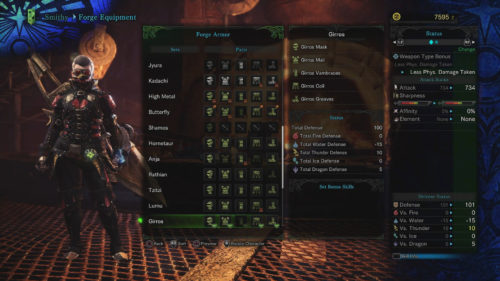 The Girros Set on a female hunter.

The Girros α Set on a female hunter.

The Girros β Set on a female hunter.

This concludes our Great Girros guide. Wish to add something? Drop a comment in The Pit below.