Where to Find the Meteors in Red Dead Redemption 2 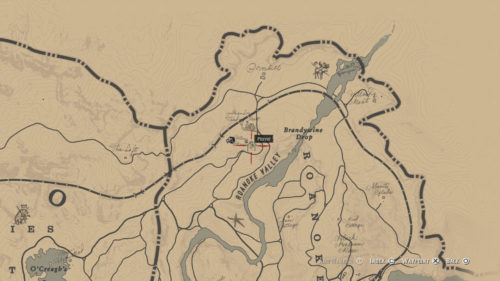 You will find the Meteor House along the rail line. 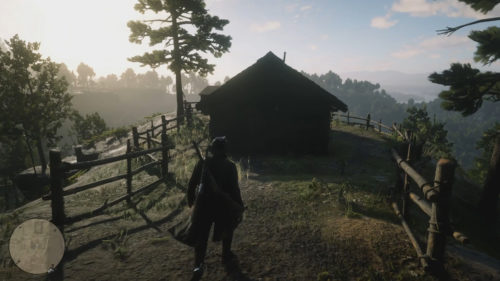 The Meteor House is the site of a meteor crash. 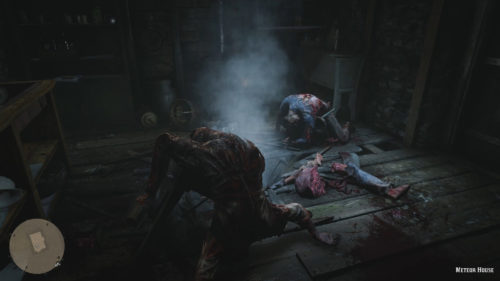 Inside the Meteor House you will find quite the sight.

The first stop on our meteor hunting journey is called the Meteor House. You will find this house along the rail line north of Roanoke Valley. As the name of the house suggests, this place was the home of a meteor strike. In fact the strike occurs inside the house, practically obliterating everything inside. You will be met with the bodies of a number of people that were unfortunately in the path of the meteorite as it came crashing through the roof. 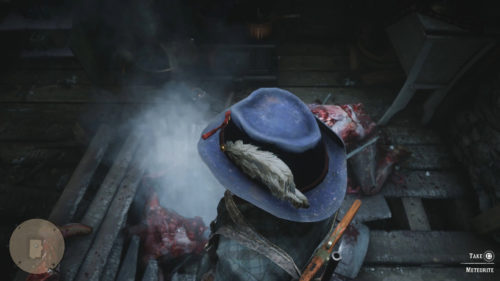 Search the crater inside the Meteor House to get some Meteorite. 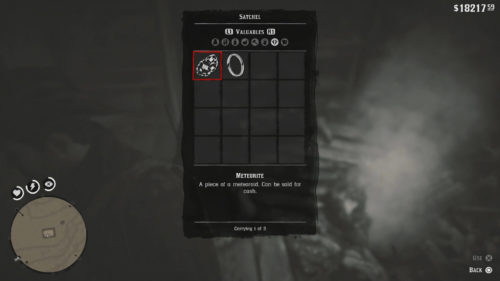 When you grab the Meteorite it will appear under Valuables.

You can search the Meteor House for a number of items, but I wish to draw your attention to one in particular. In the impact crater of the meteor you can collect the Meteorite. The Meteorite you collect has the following item description:

A piece of a meteoroid. Can be sold for cash.

For science I took the Meteorite to the fence to see how much he would give me. The Meteorite sells for $30.00. I would hang onto it. 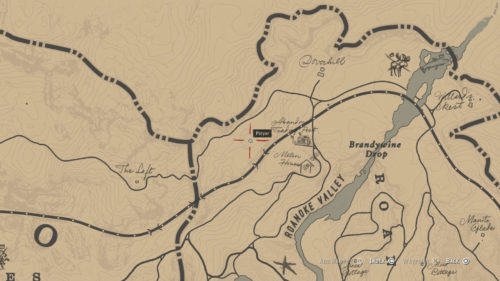 Near the Meteor House there is a larger meteor crater. 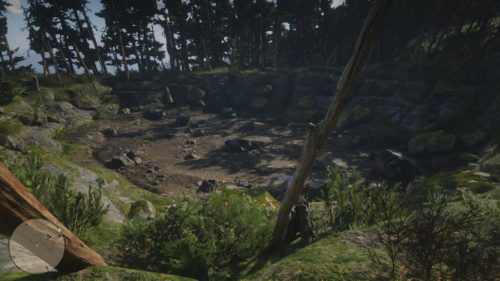 The crater for the meteor is interesting to look at. Note the trees are bent away do to the blast. 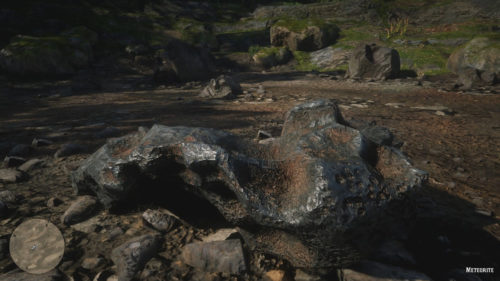 In the middle of the meteor crater there is some meteorite you can inspect.

The next location appears to be the big brother of the meteor we found in the Meteor House as it is located only a short ride away. From the Meteor House, go to the northwest across the train tracks until you reach a crater. Go down into the crater to find a much larger meteor than was inside the Meteor House. Besides taking another piece of Meteorite there isn’t much else here, but it is interesting to see how much Rockstar puts into the world they create.

Read More: Check out our other Red Dead Redemption 2 guides.

Thoughts on our where to find the meteors in Red Dead Redemption 2 guide? Drop them in The Pit below.