In order to fix you Airship, you need to collect a number of materials. These material can be scavenged by defeating a Paolumu in the Coral Highlands. To make this hunt easier, use the Paolumu guide below. 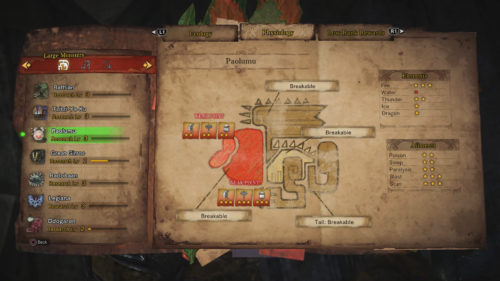 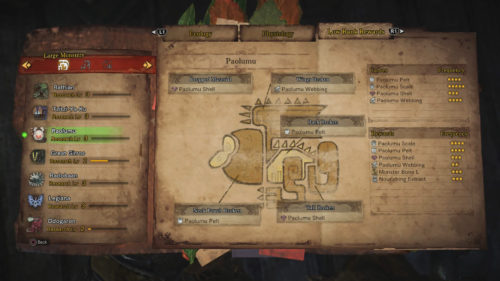 Check the Paolumu Low Rank Rewards report to see the various materials this monster can yield. 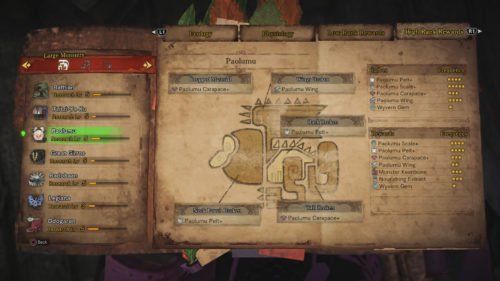 Hunting Quest Text: “…I’m sorry, I just retched thinking about that monster’s face. Seriously, you’ll be doing it a favor… and us too. Hunt it and the Airship Engineer will have everything he needs.”

Characteristics: Paolumu feast on the eggs found in the Coral Highlands. They are able to float through the air using unique sacs in their bodies, and attack with their extremely hard tails.

Useful Information: Paolumu can’t move around as freely when its air sacs are deflated. Aim for its inflated body parts, or purposefully draw out its attacks that use up stored air, to gain the upper hand.

Inflated: Paolumu fills its air sacs with air and becomes more bouyant. This allows it to fly around the arena and introduces a number of new moves to the fight. When inflated, you want to attack the air sacs to return it to deflated form.

Deflated: In this form, Paolumu remains on the ground and can only take flight for short periods of time. This is the easier of the two forms as you don’t have to deal with ranged attack and air expulsion.

Depending on which for Paolumu is in will determine how it attacks. For the most part, it maintains the same moveset, but uses the moves in flight when Inflated. Let’s take a closer look at its attacks below.

Paolumo can be a fairly tough fight as its Inflated form is both nimble and can deal good amount of damage. To help you deal with this fight, here are a few tips. 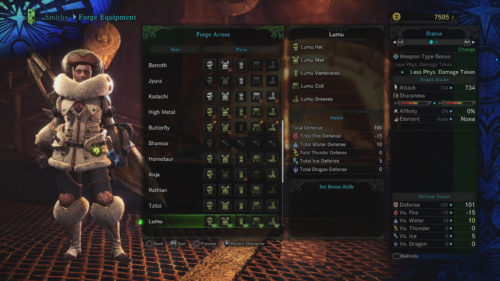 The Lumu Set on a female hunter. 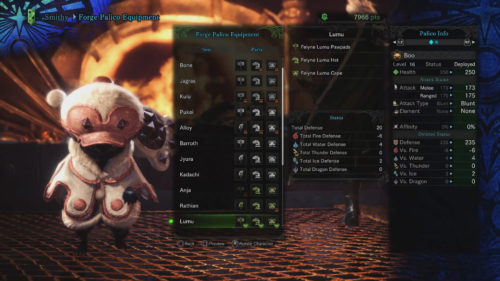 The Lumu Set on my Palico.

The Lumu α Set on a female hunter.

The Lumu β Set on a female hunter.

The Lumu α Set on my Palico

This concludes our Paolumu Guide guide. Wish to add something? Drop a comment in The Pit below.