How to Get the Antler Knife in Red Dead Redemption 2 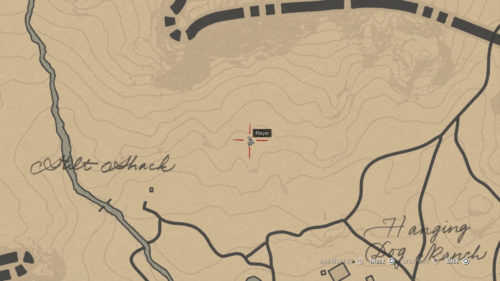 To find the Antler Knife, make your way to this location near Hanging Dog Ranch. 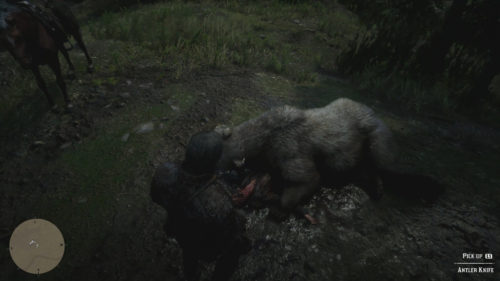 At the location marked on the map, you will find this-a struggle between a bear and a hunter that ended in a draw. The Antler Knife can be found in the bear’s head.

To get the Horn Handle Knife, you need to find it out in the world. The location of this place is to the northwest of the map along Little Creek River. Once you reach the ranch, make your way northwest to the point highlighted on the map above. At this point you will find a dead bear on top of a hunter. In the bear’s head is the knife. Grab the Antler Knife to add it to your collection.

About the Antler Knife 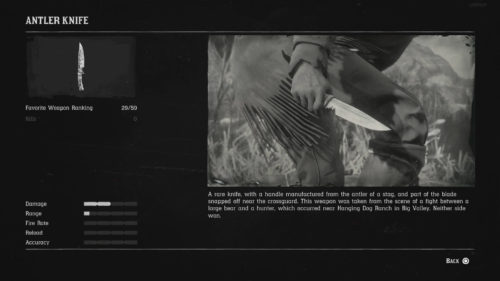 This is the Compendium entry for the Antler Knife.

A rare knife, with a handle manufactured from the antler of a stag, and part of the blade snapped off near the crossguard. This weapon was taken from the scene of a fight between a large bear and a hunter, which occured near Hanging Dog Ranch in Big Valley. Neither side won.

If you want to collect every single one of the 59 weapons in Red Dead Redemption 2, you will need to collect the Antler Knife. The Wide Antler Knife is just one of the many unique weapons you can get in the game including the Viking Hatchet and the Rare Shotgun.

Read More: Check out our other Red Dead Redemption 2 guides.

Thoughts on our how to get the Antler Knife in Red Dead Redemption 2 guide? Drop them in The Pit below.