The first mission in Far Cry 5 sees you, some sheriffs, and a US Marshall attempt to arrest Joseph Seed, the cult leader of Eden’s Gate. This mission serves as a bit of a tutorial and plays out like similar to open mission in previous Far Cry games. Below you will find a quick The Warrant guide (including the how to unlock the hidden ending). 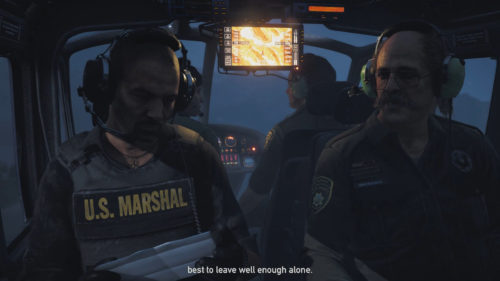 When you start The Warrant, you will be in a helicopter, taking a ride with some other law enforcement officers. You quickly learn that the point of this helicopter ride is to arrest Joseph Seed, the cult leader of Eden’s Gate, who is wanted for murder. When you land at the Eden’s Gate compound, there isn’t much you can do here except walk to follow your partners as they head to the church. 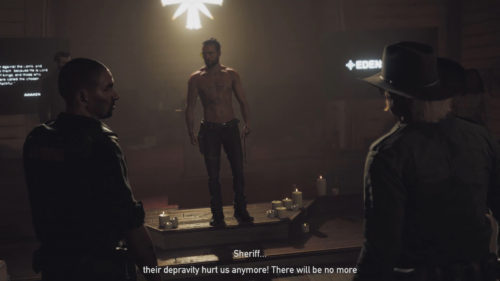 Once you get to the church, a lengthy sequence will playing involving Joseph Seed, us (the law enforcement officers), and Joseph Seed’s disciples. After this sequence is complete, you will be given a couple of choices. 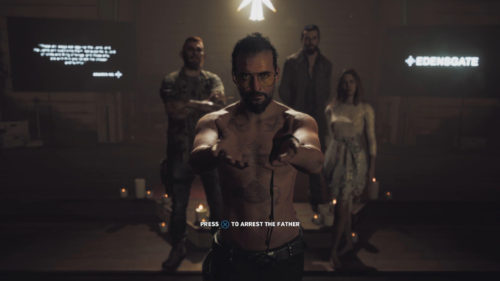 The most obvious choice is to arrest Joseph Seed. All you need to do here is tap the cuff button and you will place cuffs on Joseph Seed. This moves the story along and essentially starts Far Cry 5.

Do Not Arrest Joseph Seed 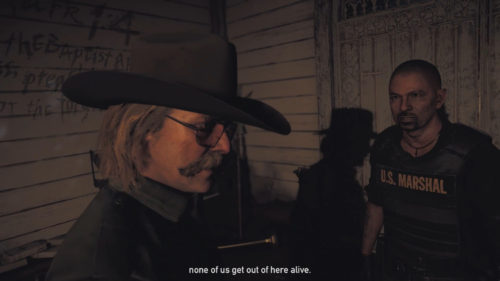 If you choose to not arrest Joseph Seed (by simply standing there, doing nothing), eventually you and the sheriff will leave the church. This is much to the disappointment of the US Marshall. Upon leaving the church, credits will trigger and the game will end. This ending can be watched here. 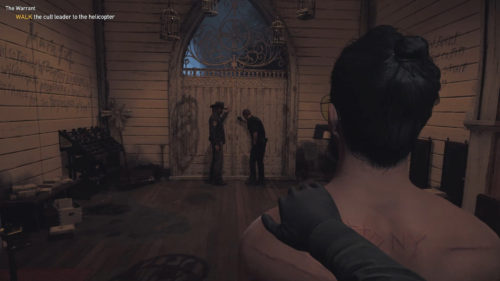 When you cuff Joseph Seed, you will be prompted to make your way back to the chopper. To do this, leave the church and head along the right path that has now opened up. Follow the path all the way back to the helicopter and you will trigger a cutscene. This cutscene shows the helicopter crashing and involves a QTE for you to escape the burning wreckage. Upon doing so, you will need to run! 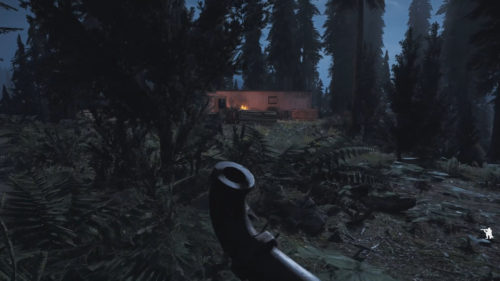 When you leave the helicopter run into the forest in front of. Continue running in this direction and you will eventually reach a couple of houses with enemies. Use stealth to take them out and grab their weapons. Continue heading past the houses and you will reach the fence. You should hear a radio call from the US Marshall telling you to meet him at near a gate (this location will be marked via a waypoint on screen). Head there and go inside the trailer to trigger a cutscene. 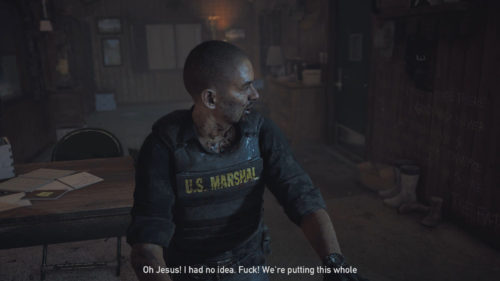 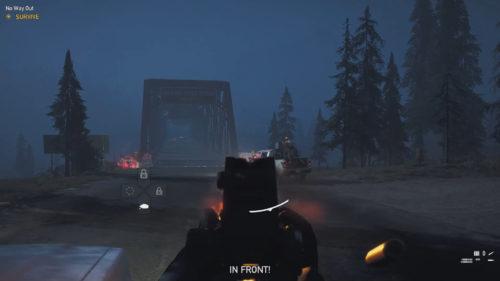 In the trailer, you will be given a gun by the US Marshall and a number of PEGs will attack. Hold off the attack until the Marshall mentions he has found some keys to a truck. Wait for the Marshall to get the truck running and get inside. What follows is basically an on rails chase where you will need to keep other vehicles and enemies off you. Eventually you will reach a bridge which will trigger the truck crashing in the river. When you wash up on shore, you will be rescued by a character named Dutch. This ends the first mission in Far Cry 5.

Did this The Warrant guide help you? Let us know in The Pit below.