What is that? Moonman.

As a sucker for games like Terraria and Starbound, I was pleasantly surprised to stumble upon a game following in the same vein, Moonman. Slated for a 2016 release, Moonman is a procedurally generated, adventure game with an overarching quest line revolving around finding seven moon fragments that have fallen from the sky. The fragments will bring light back to the world  via a giant star – machine. Pulling inspiration from games like Spelunky, Binding of Isaac, and Terraria, Moonman features a destructible world, npcs to talk to, lots of items to craft and collect, puzzles and monsters to fight. 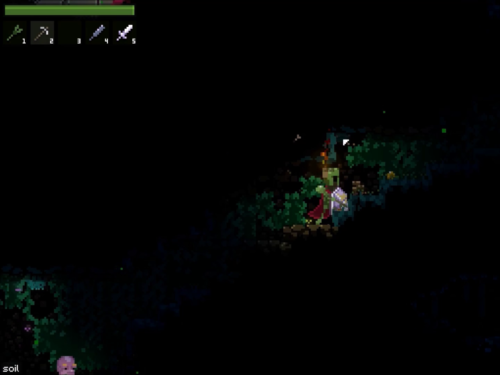 Moonman in a cave

Overall the game is looking rather intriguing to me. The vibe I have gotten from screenshots and alpha videos is similar to Starbound (in terms of art style). If the game can deliver a fully functional game, with depth both in exploration and items, I will strongly consider picking it up. If the game already has you wanting to throw money at it, players have the option of backing the game already for what looks to be $8. 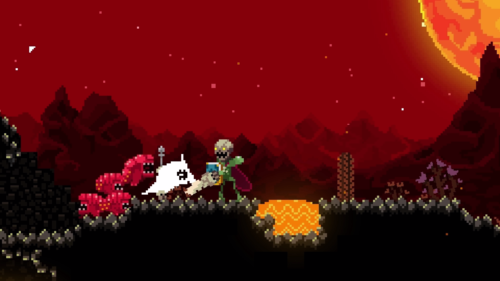 For those interested in learning more about Moonman, check here and check out the trailer below.