What is That? Hunt: Showdown is Crytek Getting Weird

E3 has come and gone and with it has come new game announcements. One game that has peaked my interest is Hunt: Showdown. If you haven’t seen or heard about Hunt: Showdown, you came to the right place. Let’s dive into our What is That? Hunt: Showdown spotlight. 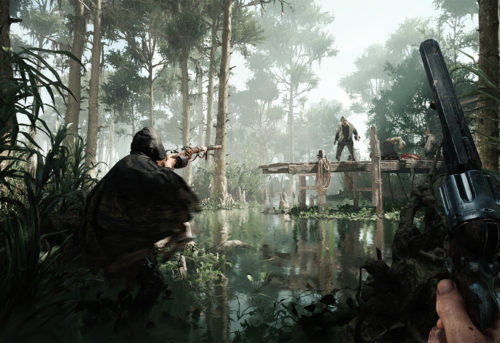 If you’ve been under a rock, or in a coma for the past few years, you may not be aware that Battle Royale style games are currently the game industries jam. Crytek, the makers of the acclaimed Crysis series are throwing their hat into survival multiplayer FPS ring with Hunt: Showdown. Crytek describes the game as:

You and your partner are members of a secret hunting society that tracks and kills monsters. The bounties are high, but so are the risks. The smallest mistake will cost you everything—your bounty, your gear, your life, and your very soul. Some hunt for wealth, some for power.

Some hunt to protect others, some hunt for glory. You must track your quarry through a dark and treacherous world. Winner takes all. Fail, and go straight to hell. (Source)” 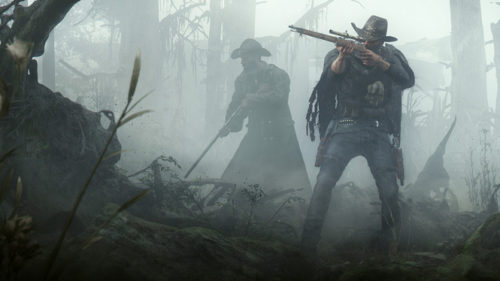 In Hunt: Showdown, players take on the role of bounty hunters who are tasked with hunting down creatures and collecting bounties. While on the surface, this may sound like a similar monster hunting game (*cough Evolve *cough), there is actually an interesting wrinkle in how multiplayer works. While you and your partner are out hunting, there are other parties of hunters who are also attempting to collect bounties as well. Crytek describes the PvP as:

Other hunters seek the same prey, lust for the same bounty. Get in their way, and you may find yourself their target. Get caught, and they will pry your trophy from your cold, dead hands. (Source)

Usually multiplayer based games have me skeptical, but what I’ve seen from Hunt: Showdown looks intriguing. The setting seems interesting, the guns look unique, the monsters seem spooky, and the dynamic of having multiple hunting parties on the map together intrigues me. There is no set release date for Hunt: Showdown, but I will be keeping my eye out for any developments on the game.

More What is that? Here

What do you think of Hunt: Showdown? Let me know in the Pit below.