What is That? Gleaner Heights is Looking to Take Farming Sims to a Dark Place

Last weekend when I was taking a break from Monster Hunter World, I stumbled on an upcoming indie title called Gleaner Heights. This one man developed farming simulation shares a similar development story with indie darling Stardew Valley, but appears to be attempting to take the genre to some dark places. How dark exactly? Well that remains to be seen, but the games tagline,  “Plant. Feed. Sin. Repeat” is encouraging. Let’s take a closer look at Gleaner Heights below. 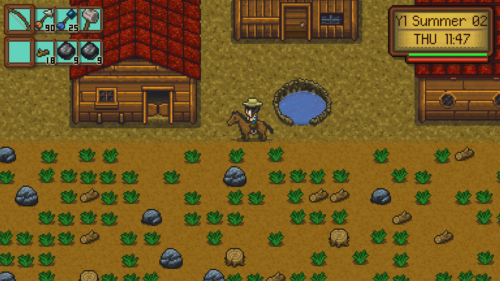 Gleaner Heights is an indie farming simulation similar to Stardew Valley and Harvest Moon, but with what appears to be more flushed out combat and a storyline that delves into much darker themes. On the game’s official website, we get a better understanding of how the darker themes will work. 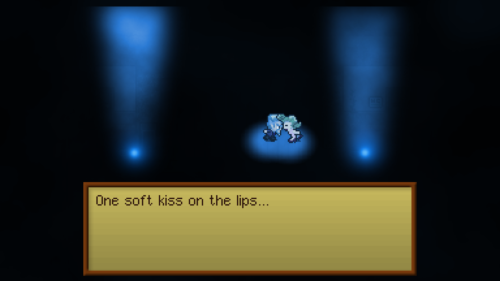 On the surface, players will be able to enjoy traditional farming simulator gameplay. They will be able to plant over 40 crops, tend to animals and collect their products, go fishing, cook, make friends with the townsfolk, and more. Beneath the surface, however, things are much darker. You will be able to uncover the “double lives” of the townsfolk and choose to either help them or destroy. There is also some sort of terrible event that has occured in Gleaner Heights prior to your arrival which will lead you through a tale of supernatural horrors.

While the trailer for the game is easy to write off as being a Stardew Valley ripoff, I can’t help but be a hyped for the game. As a fan of the farming simulator genre (I love Stardew Valley/Harvest Moon/Story of Seasons), I’m interested in seeing how developer Emilios Manolidis handles the darker subject matter. Will he fully embrace the darkness or simply slap together an underwhelming experience?

More: What is That spotlights

Thoughts on Gleaner Heights? Let me hear them in The Pit below.