Update: Westworld Mobile has shut down after settling a lawsuit with Bethesda.

Warner Bros. Interactive has opened up pre-registration for players who want to try out their upcoming Westworld mobile game ahead of its April 2018 release.

This new mobile game is based on the HBO series, Westworld, and is under development by studio Behaviour Interactive. In Westworld mobile players take on the role of a newly hired Delos Trainee who is tasked with overseeing their own Delos Park Simulation. 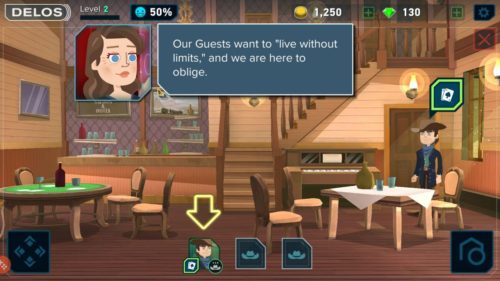 Inside the simulation, players are put in charge of  running the park as smoothly as possible. This goal can be accomplished by maintaining order, creating hosts, satisfying guest’s desires, as well as unlocking new locales from the series.

The Westworld mobile game is slated to release in April 2018 for both iOS and Android devices.

Thoughts on the Westworld Mobile game? Let me hear them in The Pit below.