Update 1.4 For The Division Revealed

I have a very love hate relationship with Ubisoft’s The Division. When the game first released, there was so much potential. However as time went on, The Division’s player base shrunk, with cheating and bugs being the norm. Much to the credit of Massive, the developers have not abandoned the project. New updates have been rolled out consistently with hopes of rejuvenating the project. Now, The Division is receiving what could be the most important update of the games life. The Division update 1.4 has been announced and the changes are big.

In a recent State of the Game, Massive outlined their plan for update 1.4. Now we have a more concrete idea of what is to be expected, thanks to a new blog post. Some important highlights can be found below:

Massive is hoping the changes made in update 1.4 will create less disparity between those with optimized builds and those without. The hope is that these changes will help curb the Gear Score prejudism that has plagued the game. Alongside these changes is also the tweaking of the games gunplay. 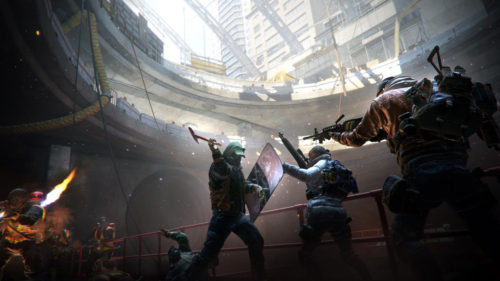 As a player who has dumped countless hours into The Division, I am excited to see how update 1.4 shakes out. One thing is for certain, Massive has shown they care about this game and the community around it. The Player Test Sever will allow for the developers to work on any issues that may arise.

The Division PTS goes live on September 26, while update 1.4 is slated for sometime in October.

Does update 1.4 excite you? Will it bring you back to the game? Let me know in the Pit below.