There’s not much on the horizon for the week ahead unless you’re a Switch owner. If you have a Switch you are probably well aware that there is a new Kirby game coming. This week that Kirby game is dropping. On March 16th, Kirby: Star Allies releases for the Nintendo Switch. This new Kirby game really encourages cooperative play, so be sure to have friends before you buy it. Besides Kirby, there are a few other upcoming game releases for the week of March 11, 2018 including the remastered version of Burnout Paradise. 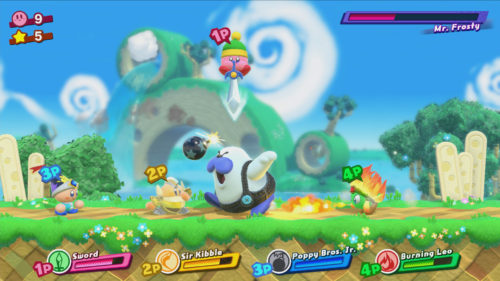 Kirby: Star Allies is the big game releasing this week. If you have a Nintendo Switch is game should be a must buy.

As you can see, this week is relatively light on game releases. With that being said, the release of Kirby: Star Allies is a pretty big deal as the Switch doesn’t have a ton of titles coming this year.

Any of the upcoming game releases for the week of March 11, 2018 catch your eye? Let me know in The Pit below.