Twitch has been making some interesting changes to their site lately (Pulse, Communities, Twitch App), and it appears they are not looking to stop anytime soon.  Early today, Twitch announced that they would be making site improvements in the coming weeks. The blog post for this announcement is pretty sparse on details, but you can watch a video explaining some of the changes here.  These improvements will be rolling out to users starting next week. Below are the announced Twitch website Improvements. 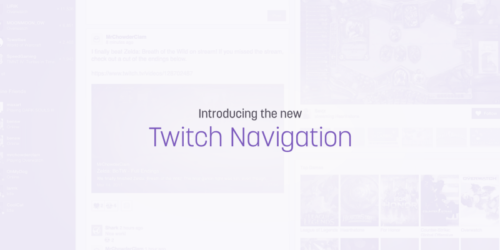 According to Twitch, there has been a ton of feedback regarding site navigation. The forthcoming improvements focus heavily on making the site more navigation friendly. The goal here is to make it easier and faster to reach the streams you care about.

The foundation of the ‘improved’ Twitch front page will be Pulse. There will also be a new, top navigation bar, which will feature: a following link, a browse link, a search bar, whispers, user information, and last but not least a Twitch home button. These feature currently take up the left navigation bar.

Under the improved website, the left bar will house a Followed Channels and Online Friends notifier. This is the amount of information we have been shown, but given Twitch’s aggressive push to add features to the site, I am sure we will see more changes in the future.

What do you think? Good? Bad? Ugly? Let me know your thoughts on the Twitch Website improvements in the Pit!