It’s been awhile since I threw together another Twitch recommendation for you all, so here’s one, Reckful. Reckful is a streamer who has been on Twitch for quite a while. He streams a few different games, but largely sticks to Hearthstone. The thing that makes his channel unique is both his personality and his chat. 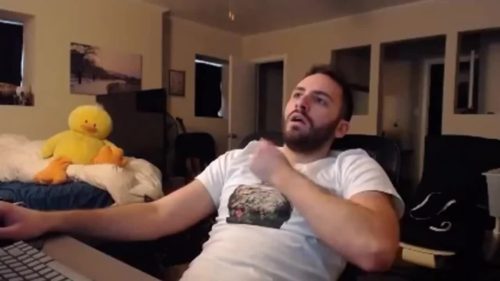 Reckful streams Hearthstone predominantly and is pretty good at it. When he plays Hearthstone, he typically spaces out and focuses deeply on the game. This causes the chat to either spam, make accusations of ignoring chat, or other general meme-ry. This either trigger Reckful, or causes him to meme back. Both outcomes are pretty entertaining.

The overall channel dynamic is pretty fun and can be incredibly entertaining at times. The interplay between Reckful and chat is really the highlight of the stream for me. It helps that Reckful is pretty laid back and is very intelligent, which makes the tangents he goes on all the more interesting.

While I personally don’t play nor like Hearthstone all that much, I find the stream to have a sort of podcasty vibe. You don’t necessarily need to watch his gameplay, but can do other things and listen to the interesting topics he discusses.

If this the channel sounds interesting to you, check out his Twitch here.

Twitch Tuesday is a monthly post which highlights Twitch streamers I follow and enjoy watching. If you don’t know what Twitch is, go here.