My Top 10 Weapons in the Entire Dark Souls Series

I spent some time looking back at each Dark Souls game (1- 3) and ranked my favorite weapons from each of them. Now that I’ve finished all of those lists, I’ve decided to compile all three lists into this super mega list. Below are my top 10 weapons in the entire Dark Souls series. Description: “Weapon wielded by the iron warriors that wander Brume Tower. Appears to have once been an axe, but in this terribly melted state it is little more than a great lump that crushes its foes by virtue of its sheer weight.”

Easily the largest and most absurd weapon in the game is the Smelter Hammer. Kindly referred to as the “drumstick” the weapon looks incredibly primitive. The weapon has a heft to it that is unparalleled to anything else in the series. Easily one of the more satisfying weapons to use in the series. While not much to look at the weapon basically allows for a person to go full on Bam Bam on any enemy. 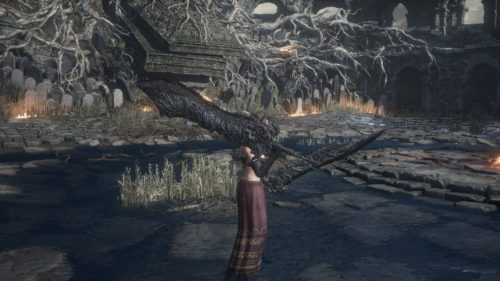 Description: “Paired black greatswords wielded by the Ringed Knights. The arms of early men were forged in the Abyss, and betray a smidgen of life. For this the gods cast a seal of fire upon such weapons, and those who possessed them.” 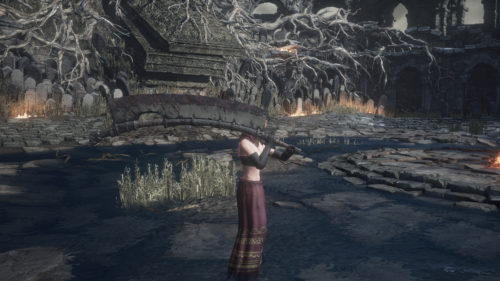 Description: ” Great machete wielded long ago by Yhorm the Giant. Yhorm once lumbered on the frontlines with a greatshield. But one day, in place of his shield, a left-hand notch was added to his machete, enabling the smashing technique that would become the legacy of his later years. ”

I’m gonna come right out and say it. Yhorm’s Great Machete is one of the greatest greatswords in the Dark Souls series. The design is awesome, the way the weapon swings is amazing and the weapon art is pretty useful. I also absolutely love the lore around Yhorm and love that we can wield his great machete (I did a Yhorm playthrough… It was amazing). Description:  “A straight sword with a very long blade. One of few ultra greatswords. No human was intended to wield a sword of this weight or destructiveness. Only a few famed warriors have ever wielded this great blade, for it challenges the very limits of human ability.”

The Greatsword in Dark Souls 2 just looks so good. I absolutely love the design of the weapon. I also firmly believe that this sword is the best looking duel wielding set, period. Just the description alone gets me going. The idea of walking around with a sword that requires super human strength to wield is awesome. Dual wield them and I’m done.