After writing my top 30 games to play before you die, I thought I would throw together more lists more often. Before I get into this list, let me say that I am open to suggestions of what kind of lists you would like to see. With that out of the way, I thought I would write this list on everyone’s favorite topic, weapons. Weapons are of vital importance in most video games, as they allow players to defend/attack enemies or other players. As a vital component of video games, weapon design is often very important. Some weapons are so well made, that they reach iconic status. Check out the top 10 most iconic video game weapons ever. *This list is an opinion, not set in stone. Please don’t hurt me* 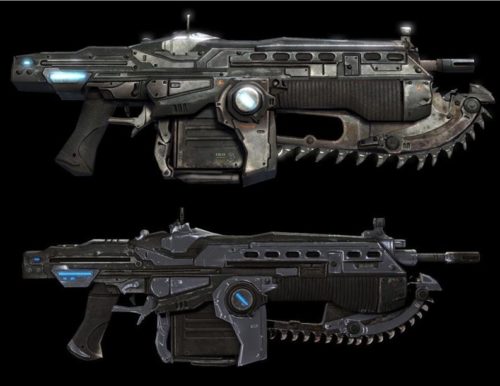 The designers over at Epic must have looked at the classic rifle/bayonet combo and said, “how can we make this as crazy as possible?” The answer was simply, take a gun, take a chainsaw and combine them into the glorious Mk 2 Lancer Assault Rifle.

What’s interesting about the Mk 2 Lancer is that it is deadly from a distance, but really gets wild when action calls for close quarters combat. With a simply hold of the ‘B’ button, players rev the chainsaw bayonet and mangle their enemies in a shower of chainsaw sparks and bloody goodness.

When Gears first released back in 2006, I remember people say, “is that the game with the chainsaw gun?” Even now, it’s hard to find a gamer who doesn’t know about the chainsaw gun from the Gears of War series. 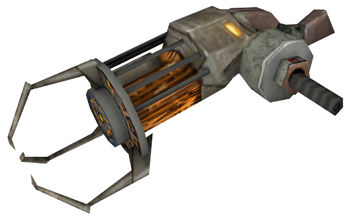 The first appearance on the list from Valve is Half – Life 2’s Gravity Gun. On the surface, the Gravity Gun seems so simple, but the execution of it was so well done. Basically, the Gravity Gun allowed players to turn random objects in the environment into weapons. See a tire on the ground? Pick it up and hurl it at an enemy.

What makes the Gravity Gun even more interesting is that the power of the gun increases as the story progresses which allows for some insanity in the end game. Overall, the Gravity Gun allowed players to turn the environment into a sort of morbid playground and is still considered iconic.

It’s hard to really describe the BFG 9000 without simply stating that it is a weapon that lays waste to pretty much any Demon that steps in front of it. To get an even better idea, think of the destructive capabilities of a nuke mixed with the aesthetics of a crazy looking nerf gun.

The BFG9000 is so iconic, the gun found its way into the Doom movie which starred the Rock. The BFG9000 has also been a part of every Doom game since the original Doom, and the trend does not seem to be ending any time soon. 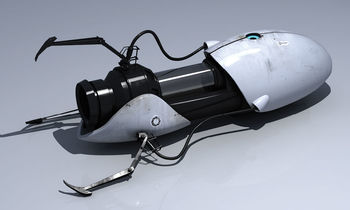 Like the Gravity Gun, the Portal Gun is another well known weapon from Valve. Now before I get hated on, yes I acknowledge that the Portal Gun is not a traditional weapon. Instead the gun itself is designed to be the main puzzle solving mechanic of the Portal Series. By using the Portal Gun, players are able to make portals on command. These portals allow players to clear each puzzle room and move further into Aperture Laboratories.

Given how well the Portal series has done, the Portal Gun has become somewhat synonymous with gaming and general nerdom. This lands it in seventh place on our top 10 most iconic video game weapons ever. 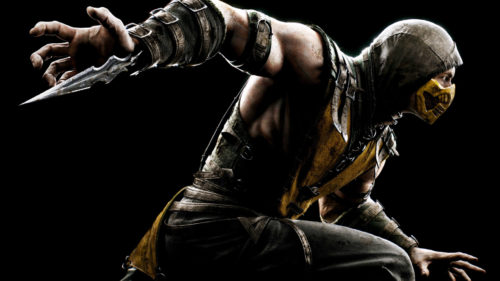 Scorpion is probably the most well known Mortal Kombat character and this can largely be attributed to his “Scorpion’s Spear”. For the uninformed, the Scorpion Spear is a large harpoon like kunai that is launched from either Scorpions palm or arm. When Scorpion snags a victim, the victim is pulled towards Scorpion who can then deal out serious punishment.