Steam Controller: What I Think

The Steam Controller is an interesting piece of technology. I remember hearing about the Steam Controller and the ‘breakthrough’ it would be for controllers on PC.  There was a lot of hype around the announcement, but things quickly changed.  Steam ended up retooling much of the controller undergoing multiple changes pre-launch. Remember the dual haptic touchpad design, or the touchscreen? All those features got stripped  away and what was left of the controller was bulky, strangely shaped and more or less followed established conventions. Below is my experience with the Steam Controller. 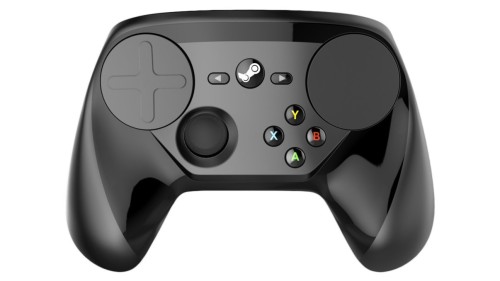 My experience with the Steam Controller has been rather muted. I irrationally popped on the controller when they went on pre-order, and being in Canada got to deal with EB Games and their horrible customer service. Essentially they told me I would be among the first wave to receive the controller, only to then not send it to me. A follow up with them said that they had queued me incorrectly and I would be receiving it at the actual release(not the pre-release date). So already my experience was coming from a place of salt and anger. Hype that I had slowly diminished, until one day I mundanely received a package containing my new Steam Controller. My initial reaction to the controller was “this is really strange”. Having used an Xbox 360 controller for the past 5+ years, I was coming from a place of familiarity. Everything about the Steam Controller felt slightly off. Buttons were moved, triggers felt off and the haptic touchpad was… Different. I was unsure of how this controller would be utilized in my gaming life moving forward. 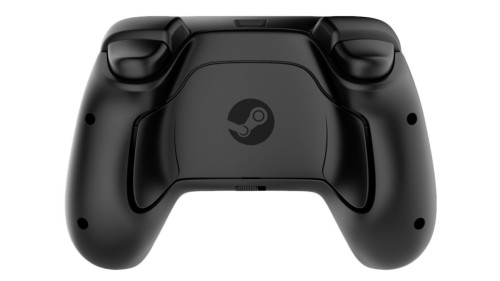 Having had the controller for 4 months now,  I can say it feels a bit more comfortable now. Certain things I really like, like the community control schemes and changing them on the fly.  Some games work really well and feel well  optimized like Rocket League for example. The build of the controller feels sturdy and high quality. With that being said, there are still a bunch of drawbacks that are keeping me from fully converting to my Steam Controller. The biggest is the haptic feedback touchpad. In certain instances it works flawlessly and as intended, but most of the time it feels sluggish and off. Now this could be because I tend to play more action oriented, quick twitch games. Still the ‘selling’ point of the controller just doesn’t work all that effectively. The controller is optimized for Big Picture mode, which for me is a turnoff. I play predominantly on my PC and like having the ability to easily alt+tab out to music or walkthroughs. If you try to use the controller sans BP, I find it to be tremendously hit or miss. Sometimes the controller has to be on before even launching a game, just to get it to register. This is a major annoyance as my 360 controller can be turned on and off on the fly. The paddles on the back don’t really add much, they have to be clicked to use which is hard to do using your pinkie finger.

Overall I would say the controller is a mixed bag for me. While I respect Steam for coming out with new peripherals, the Steam Controller doesn’t move the world of PC gaming forward in any real, meaningful way. I tend to play most games with my 360 controller, because I know what I will get out of it. The Steam Controller is just a bit too finicky. Hopefully Steam can keep refining and moving forward with the design, eventually causing me to permanently switch. Until then it’s just me and old Mr. White.

What has your experience been like with the controller? Like it? Love it? Hate it? Let me know in the pit below.