The Top 5 Most Popular Fortnite Streamers 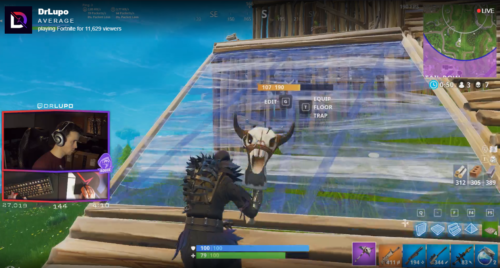 DrLupo has seen an explosion in popularity lately. This came about due to his relationship with Ninja along with being knowledgeable about the game.

The first streamer on our top 5 most popular Fortnite streamers list is Twitch’s DrLupo. Recently DrLupo has been seeing tremendous growth as a Twitch streamer due to his relationship with Ninja (they duo together), along with his knowledge and strategic thinking towards Fortnite BR. If you take a peek at DrLupo’s Socialblade, you can see just how crazy the growth has been with 500k+ followers being added in the last month alone. If you want to check out DrLupo visit him in these locations around the web: Twitter, Instagram, YouTube, Twitch. 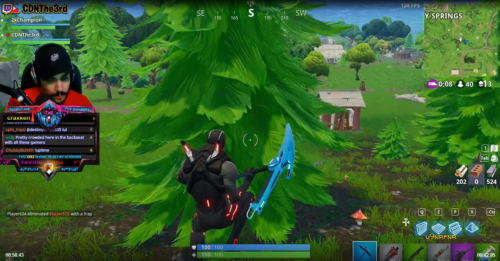 CDNThe3rd is another wildly popular Fortnite streamer on Twitch.

Coming in at fourth on our list is Twitch streamer CDNThe3rd. Like others on this list, CDNThe3rd has experienced huge growth in the past few months alongside the explosion in popularity of Fortnite Battle Royale. If you watched the #BoogieDown announcement, you will recognize CDNThe3rd as the player who called out TSM_Myth to a dance off. Besides being a good dancer, CDNThe3rd is also an entertaining streamer and good player of Fortnite Battle Royale. Check out CDNThe3rd all over the internet: Twitter, YouTube, Twitch. 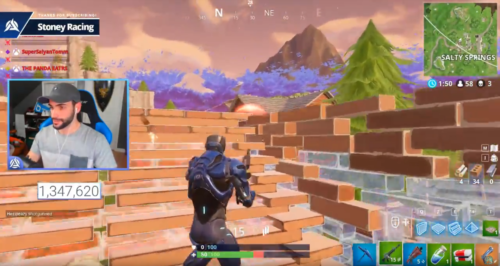 Bucking the trend of Twitch streaming is YouTuber AVXRY.

Bucking the trend of streaming on Twitch is YouTuber AVXRY. This streamer is often one of the top streamers on the the YouTube Gaming platform and typically has around 19k+ viewers when live. What’s interesting about AVXRY is that he has a Twitch channel (from which he’s streamed intermittently), but has found more success on YouTube Gaming. When I do see AVXRY live on YouTube, he is typically the most viewed gaming stream. Check out AVXRY across the web: Twitter, YouTube, Twitch.

Coming in at second place on this list has to be TSM Myth. While not the most followed stream on Twitch, TSM Myth regularly draws in crowds of 50-60k+ concurrent viewers when he streams. This viewership usually places him comfortably in the second place position of the entire Twitch directory (usually behind our number 1 streamer). Not bad for an 18 year old who started streaming on the 14th of May 2016. You can follow Myth around the web: Twitter, Instagram, YouTube, Twitch. 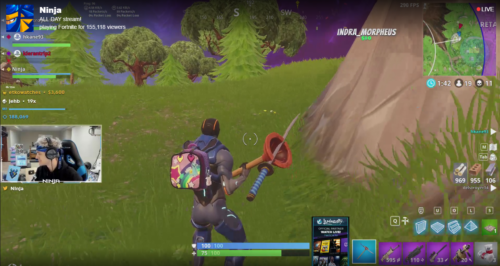 Ninja is the most popular Fortnite streamer currently. His reach with the game has led to some rather impressive collaborations and coop sessions.

Easily the Most popular streamer of Fortnite is Ninja. Having been with the game since its BR inception, Ninja has experienced a huge bump in the past months which has seen his Twitch channel skyrocket to almost 6.5 million followers (good for first place on Twitch). Besides having a mindblowing amount of followers on Twitch, Ninja has also accrued a total of 158 million views on his channel, which places him at 26th all time for total views (which I expect him to quickly become number 1 in).

Channel accolades aside, Ninja has largely become the mainstream face of both Twitch and Fortnite. Being in this position has allowed Ninja to stream with a number of interesting guests including the likes of Drake. Ninja also hosted a large event in Las Vegas which saw his concurrent viewership reach 600k+. You can find Ninja all across the internet: Twitter, Instagram, YouTube, Twitch.

Do you watch any of the top 5 most popular Fortnite streamers? Let me know in The Pit below.